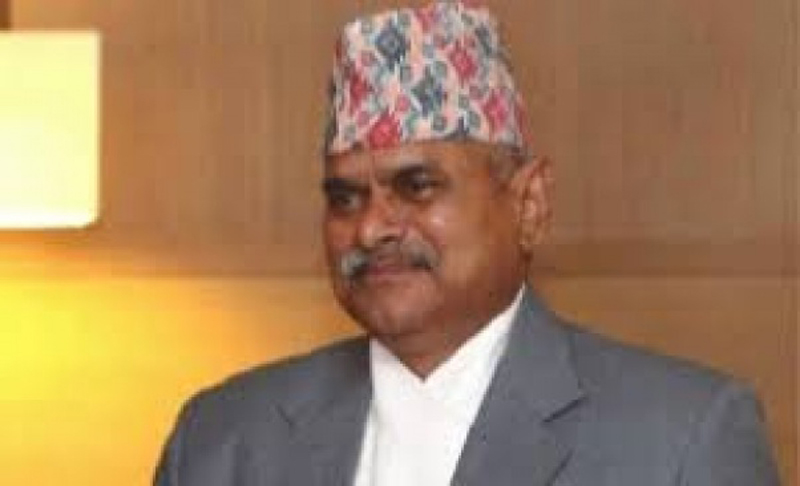 SIRAHA, April 9: Former President Ram Baran Yadav urged that the elections are essential for all the people across the country and suggested leaders to develop consensus to make environment for the elections.

"The constitution should be implemented taking all people on board. The political parties could move ahead by doing necessary amendment on the constitution," said former President Yadav inaugurating a 'mahayagya' (a religious program) in Aurahi of Siraha district.

"The constitution was promulgated for sustainable peace. It should be implemented taking all people on board. If the amendment makes environment for election, the amendment process should go forward respecting people's mandate in the process," former President added.

In his inaugural speech, former President Yadav urged all the political parties and concerned agencies to work for conservation of 'Chure' range. Aurahi is an area in Siraha district deserted because of the deforestation in Chure region.

"Aurahi is an example of the adverse effect of destruction in Chure range and this could be the plight of the entire southern plain in future if the environment of Chure range is not protected," said Yadav.

UDAYAPUR, Nov 29: Chief Election Commissioner Ayodhee Prasad Yadav has ruled out the possibility of elections without consensus among the major... Read More...