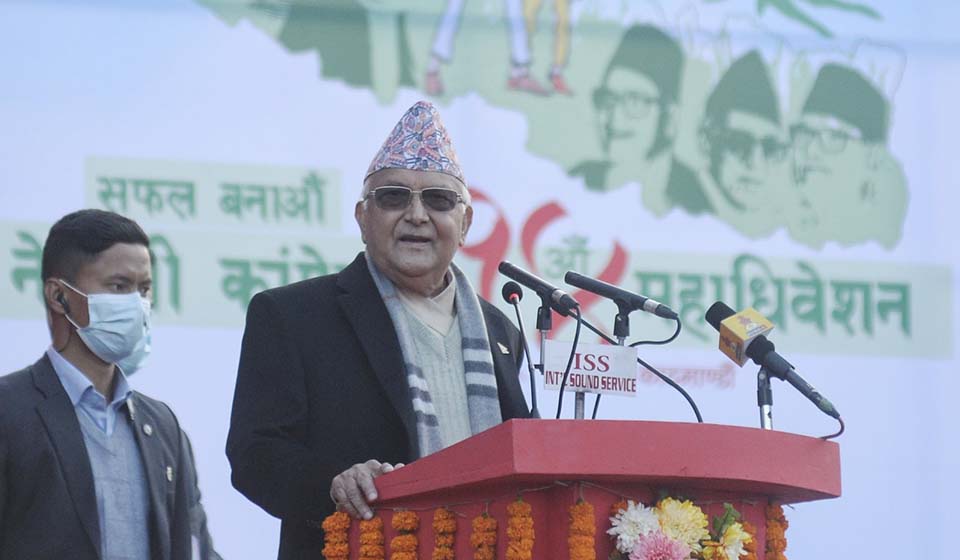 KATHMANDU, April 10: CPN-UML Chairperson KP Sharma Oli claimed that he had set records in construction of suspension bridges, roads and culverts when he was the Prime Minister.

Addressing a training program of UML Baglung on Saturday, Chairman Oli accused the current government of failing to do anything other than cutting off the budget and avoiding development works.

Meanwhile, Chairman Oli addressed a public meeting organized by UML Parbat in Kushma Bazaar. He claimed that the atmosphere in favor of UML has increased in every district and settlement. Arguing that a railway station could be built in Kushma, Chairman Oli said, "Railways and tunnels will be gradually built here."

On the occasion, he said that the construction process of Raxaul-Kathmandu railway and Kerung-Kathmandu railway has already started. During his tenure, Oli claimed that he had run various programs including self-employment and modernization of agriculture, intensive urban development, digital Nepal, including removal of Tuin, Postal Highway, Mid-Hill Highway.

He said that Nepal has moved forward with great speed on the path of development.

UML Chairman pledges to establish Biratnagar as a glorious city

MORANG, May 8: CPN-UML Chairman KP Sharma Oli has pledged to establish Biratnagar as a glorious city through the development... Read More...

KATHMANDU, Feb 19: In a well-wishing message on the occasion of the 72nd Democracy Day, Chairman Oli said that the... Read More...

KATHMANDU, Nov 27: The representatives, members and supervisors are all eagerly waiting for the election of a new leadership of... Read More...

Banks’ CD ratio comes down to 87.30 percent, giving respite to BFIs from shortage of loanable fund
11 hours ago

Banks’ CD ratio comes down to 87.30 percent, giving respite to BFIs from shortage of loanable fund
11 hours ago