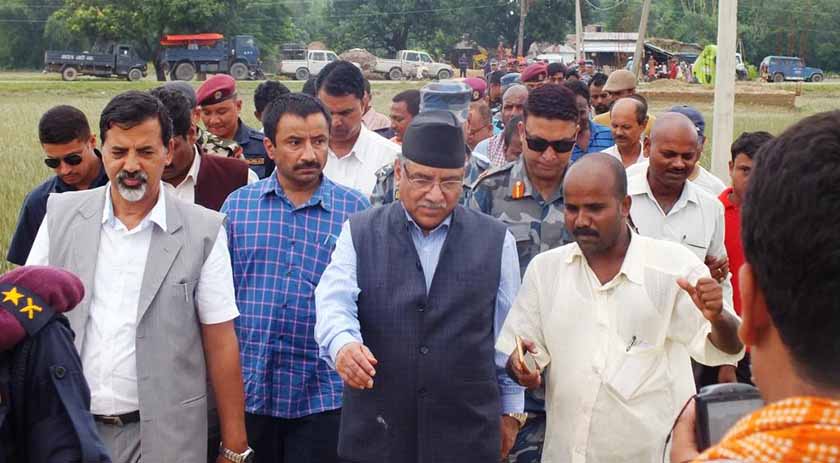 Dahal took stock of loss caused by recent monsoon mayhem and listened to the woes of the flood victims in Deuri Bharuwa of Rajbiraj Municipality-15 and Inaruwa of Hanuman Nagar Kakalni Municipality today.

The trio also visited the house of Domi Yadav who lost his life after being drowned in Khando River on August 10.

The team has also provided rice, noodles, salt, and drinking water as relief to 70 families of Inaruwa.

“Our country is rich in natural resources. However, disasters sometimes put us into trouble. While we have not fully recovered from the mega earthquake, floods and landslides have added fuel to our woes ,” said Dahal, adding that his party and the government are committed to rehabilitation, rescue and relief operations.