In a press release, the President's Office stated that Tumbahangphe was appointed to the post as recommended by Prime Minister KP Sharma Oli. 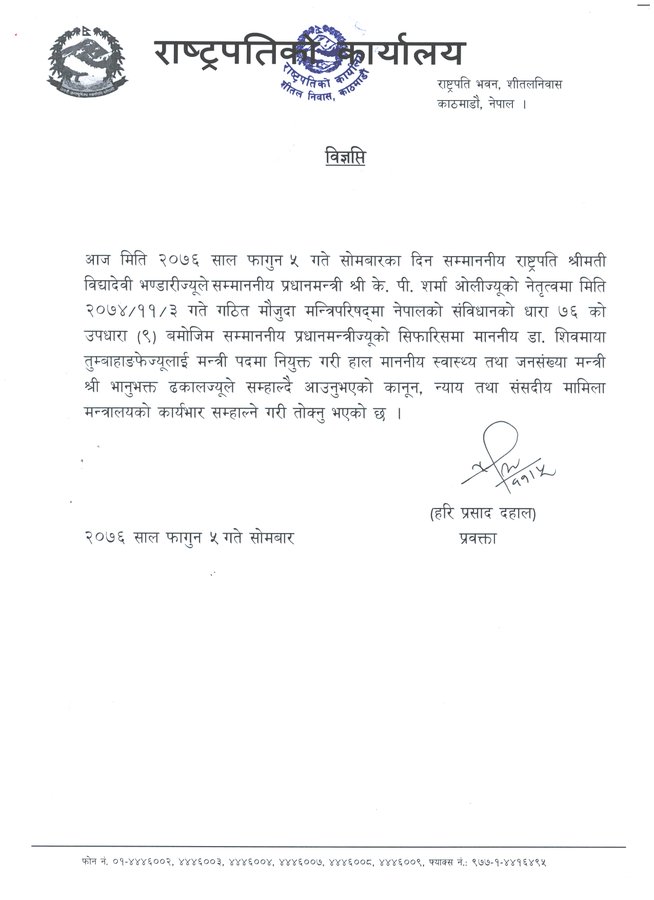 Tumbahangphe is scheduled to take oath as the law minister at 3:30 PM today, according to Surya Thapa, the press advisor to Prime Minister KP Sharma Oli.

Amid a function at the President's Office, President Bhandari will administer oath and secrecy to Tumbahangphe.

On January 20, Tumbahangphe had stepped down from the post of Deputy Speaker of the House of Representatives a day after the ruling Nepal Communist Party decided to field its leader Agni Prasad Sapkota as the speaker of the HoR.

Tungbahangphe, who was initially reluctant to step down from the post, had said she resigned to pave way for electing the new speaker. Tumbahangphe submitted her resignation to the Parliament Secretariat.

Deputy speakers confined to the role of 'time keeper'

KATHMANDU, Dec 18: There were high expectations from women regarding their empowerment when the constitution promulgated in 2015 made it mandatory... Read More...