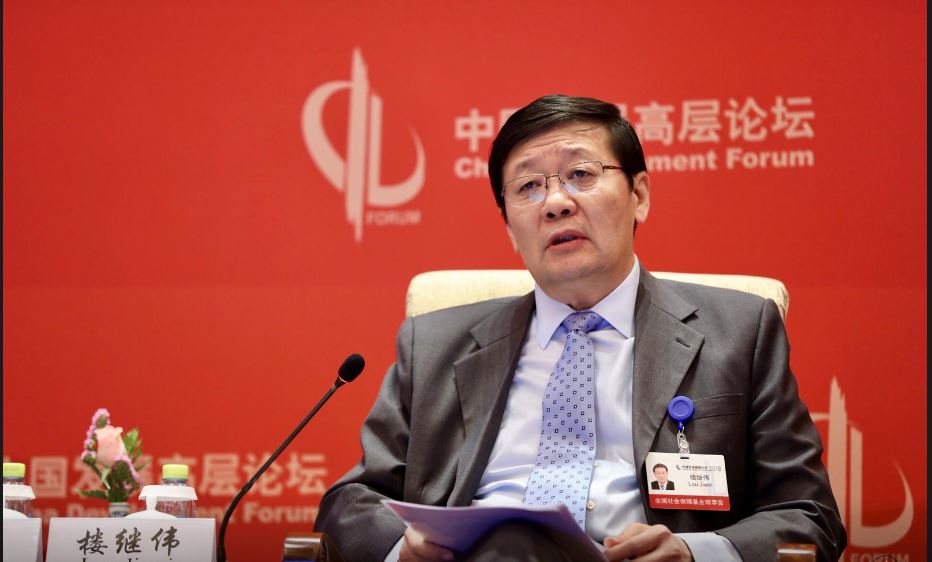 BEIJING (Reuters) - Trade frictions between the United States and China may not ease in the near term even if Joe Biden becomes president of the United States, former Chinese finance minister Lou Jiwei said on Friday.

Lou, who is now retired and serves as a member of a consultative body to the Chinese parliament, made the remarks during the Caixin Summit event in Beijing.

When asked about the outlook for U.S.-China economic and trade relationship after the U.S. election, the outspoken former minister said, “Even if Biden is elected, the U.S. suppression of China will be inevitable.”

Lou called for pragmatism in U.S.-China trade relations, saying that it’s difficult for the U.S. to cut its trade deficit, given the dollar’s position as the dominant global currency.

“After four years, the trade deficit (with China) is still widening. We need to return to common sense and return to science. Everyone needs to be reasonable,” said Lou.

The Trump administration launched a trade war in the middle of 2018, demanding that China undertake sweeping structural reforms to open its markets and buy more from the United States.

Since then, both countries have imposed tariffs affecting billions of dollars worth of goods, causing a severe shock to the global supply chains.

But Lou said he would be cautiously optimistic about the trade relations if U.S. President Donald Trump were to remain in office.

Lou also said it is time to study China’s exit from its accommodative monetary policy, but not from its fiscal stimulus strategy.

Liu Guoqiang, a vice governor of the People’s Bank of China (PBOC), said last week the central bank would consider policy changes as the economy recovers, but would not act hastily, with any shifts based on accurate economic assessments. [nL1N2HS0AV]

Financial institutions should be determined to deleverage debt levels in an orderly manner and prevent debt-fuelled recovery, said Lou.