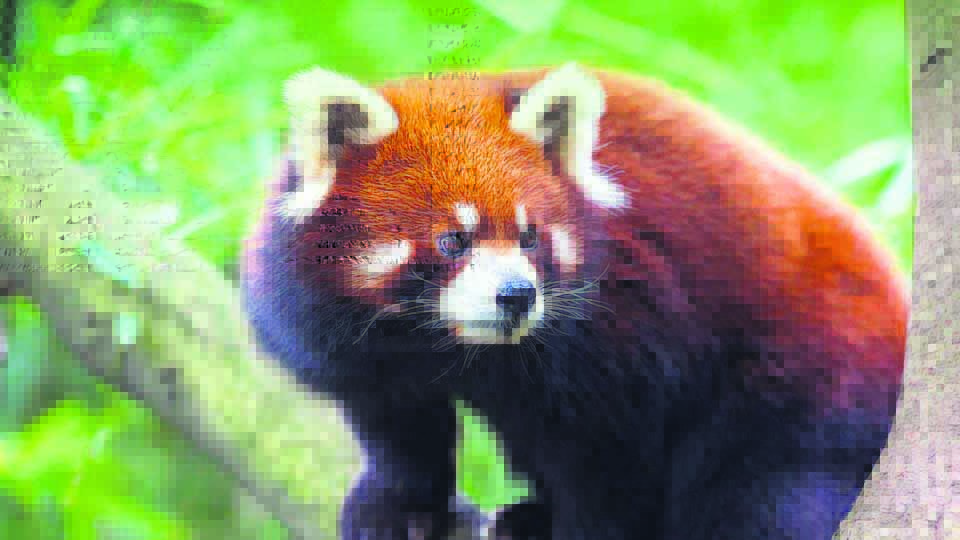 JUMLA, July 28: In view of the rising cases of poaching of red panda, locals of Sija Municipality have formed a 'Forest Guardian' committee for the conservation of the shy and endangered animal. According to Red Panda Network, there are less than 10,000 red pandas in the world and 1,000 of them are in Nepal. Locally called Habre, this animal is found basically in the Himalayas in the eastern part of the country.

"It is very important to save this small creature. It needs a very safe and comfortable habitat to survive," said Prem Bahadur Khatri, a civil society leader of Bistawada village of Jumla, who has been given the charge of the newly formed 'Forest Guardian' committee. "Red panda is a very shy creature. Human interference or encounter with even other wild animals put it in a great survival problem," he added.

Though poaching of red panda has been making headlines since long, and locals were also found to have searched for ways to conserve red panda, this is the first time they have formally formed a committee. The committee is assigned to study the status of red pandas and take necessary measures to conserve them.

"I am more than happy to get this responsibility. Red panda is critically endangered. It is found in very low number in the entire world," said Khatri. "A positive thing is the village itself took this initiative. No government sector is involved," he added.

Khatri said the duty of his team is to collect the wastes of red panda, study its habitat, signs and possible locations of poachers.

A local NGO called Hatemalo Nepal, which claims to have sensitized the people for wildlife conservation, stated that there is a need to educate the people even more and take serious measures to save red panda.

The biggest threat to red panda, even more than poaching is the shrinking forests, according to the organization. With disappearing forests, red pandas are losing their food.

"Studies have shown that red pandas are quite vulnerable as forests are disappearing. The trees they live at and they feed on are no more that thick," said Khatri. "The widening road networks, mushrooming new infrastructures are all threats to their habitat."

Rain with thunderstorm predicted for today
37 minutes ago