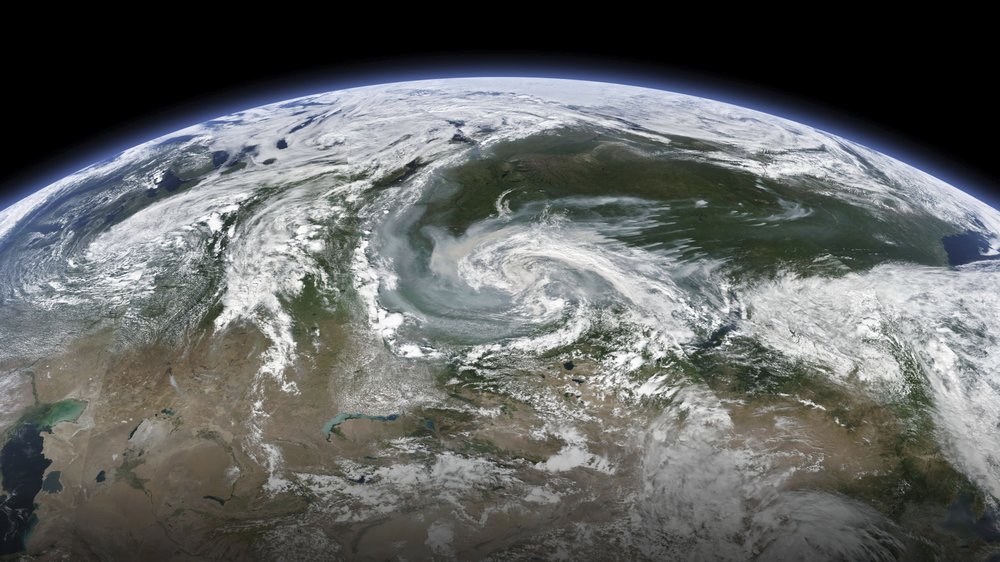 This July 21, 2019 satellite image provided by NASA shows winds carrying individual plumes of smoke in Russia, center right, towards the southwest, mixing with a swirling storm system. As of Wednesday, July 31, 2019, forest fires that have engulfed nearly 30,000 square kilometers (11,580 square miles) of territory in Siberia and the Russian Far East _ an area the size of Belgium.

Avialesookhrana, Russia’s aerial forest protection service, said Thursday more than 30,000 square kilometers (11,850 square miles) are on fire, with the vast majority in areas that are hard to reach and where potential damage is likely to be less than the cost of fighting them.

Although the fires have not hit populated areas, heavy smoke from them is affecting about 800 communities, officials said, including the large cities of Novosibirsk, Krasnoyarsk and Chita.

Meteorologists say rain is expected in some of the burning areas, but not enough to put out the fires, state news agency Tass reported.