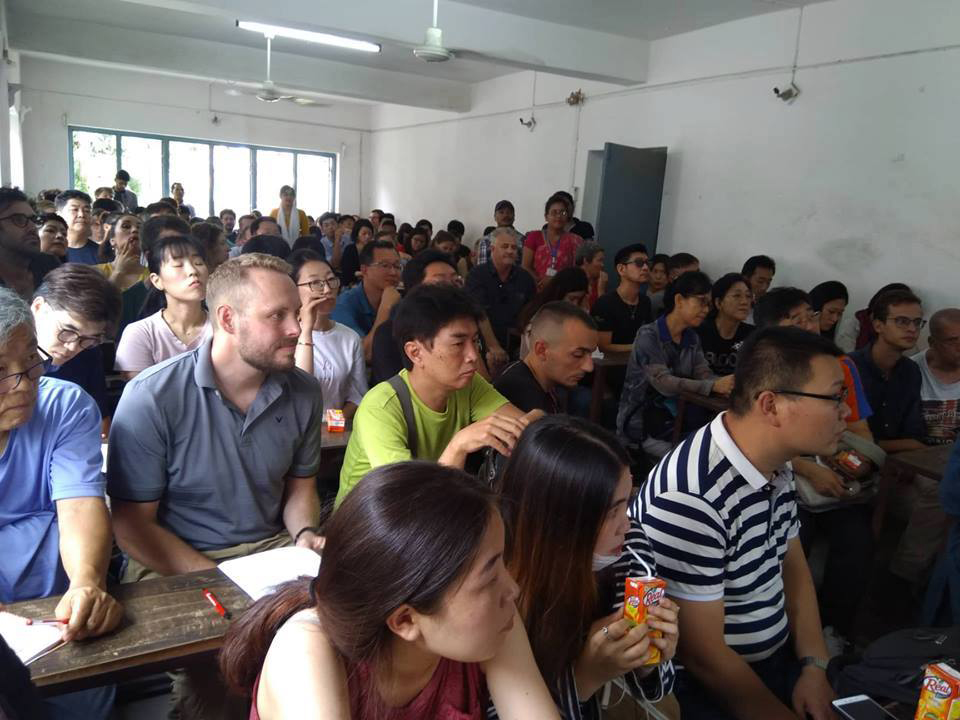 KATHMANDU, JULY 24: The classroom was packed with foreign students; teachers were lined up in the front to deliver lectures at the orientation class for the Nepali language course on Wednesday at the Campus of International Languages, Exhibition Road. The campus will be starting classes for the first semester students of Nepali language course from Tuesday. Altogether 154 foreigners have been admitted for the course where study groups of 25 students each have been divided for convenience in teaching.

According to Campus Chief Bhim Regmi, most of the students studying the course are from the United States, Korea and Japan. The campus also conducts courses for Sanskrit and Newari languages. There are currently 236 foreigners learning the Nepali language in the campus. Of them, 154 are in the first semester, 41 in the second, 18 in the third, six in the fourth, nine in the fifth and two in the final semester.

What attracts foreigners to the Nepali language?

Australian student Miya who was attending the orientation class said that she was drawn to the Nepali language because of the Nepali society, culture and hardworking nature of Nepalis. She came to Nepal three years ago following in the footstep of a friend who came to Nepal as a volunteer teacher for the children in Sindhupalchowk in the aftermath of the 2015 mega earthquake.

British citizen David was attracted to the Nepali language because of the religious and cultural aspects of Nepal. “I didn't find peace in London, I found it here in Kathmandu,” he said, “I want to stay in Nepal as long as I live. I am worried if I will be granted a visa.”

Teacher Krishna Poudel said that most of the foreigners who learn the Nepali language are attracted by the hardworking nature of Nepalis and culture and climate of Nepal. Poudel added, “They are also attracted by the low-cost of education and living in Nepal.”

KATHMANDU, July 6: Bollywood actress Sara Loren has taken to Nepali language as a means of communication in the Bollywood film... Read More...

In a new twist, EC trashes demand of NCP rival factions to recognize them as official NCP
22 hours ago

Govt under pressure to transfer funds from development projects to non-budgetary headings: Finance Ministry
23 hours ago

KMC permits all schools to reopen physical classes
19 hours ago

Hearing on HoR dissolution to continue tomorrow
11 hours ago

Oli, Nembang and Kharel might have a different version of constitution: Senior advocate Thapa
14 hours ago

We’ve brought in wave of development in the country: PM Oli
15 hours ago