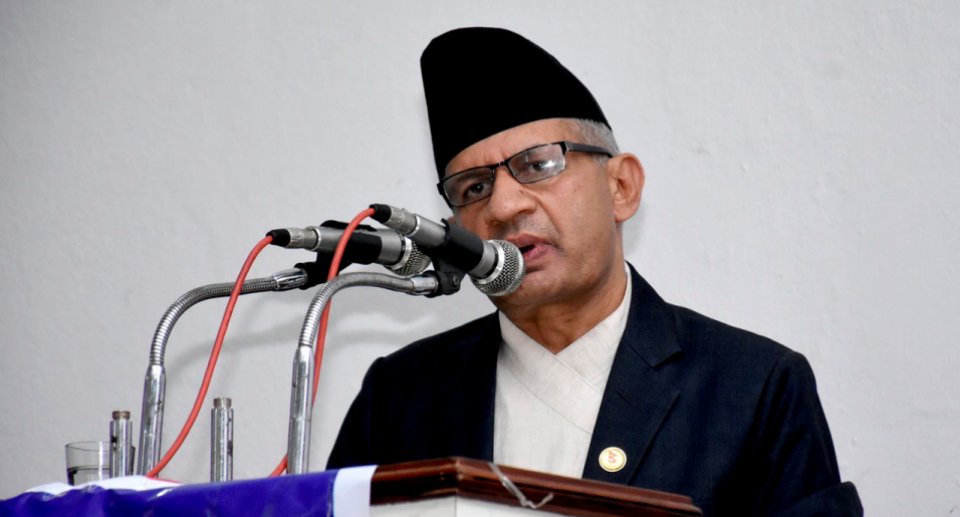 KATHMANDU, Sept 1: Minister for Foreign Affairs Pradeep Kumar Gyawali is leaving home for the Maldives today to attend the Fourth Indian Ocean Conference to be held in Male from September 3 to 4.

The theme of this year's conference is “Securing the Indian Ocean Region: Traditional and Non-Traditional Challenges”.

Leading a three-member delegation, the foreign minister is scheduled to address the conference on September 3, according to a press release issued by Ministry of Foreign Affairs today afternoon.

Foreign Minister Gyawali, who is listed as one of the speakers at the conference, will be in the company of Maldives' President Ibrahim Mohamed Solih, Prime Minister of Sri Lanka Ranil Wickremesinghe and the Foreign Ministers of India, Singapore, Maldives, Mauritius, and Bhutan.

The first edition of the conference was held in Singapore in 2016 followed by two successive editions in Sri Lanka and Vietnam.

The IOC will deliberate on developing an effective regional institutional mechanism for implementation of prevailing norms and rules, according to media reports.

Ministers from various countries, officials from 16 countries and scholars from over 10 countries, amongst others, are also expected to attend the two-day event.

Government creates a base for prosperity: Minister Gyawali

BUTWAL, July 7: Minister for Foreign Affairs, Pradeep Kumar Gyawali, has said the government has been successful in creating a... Read More...

Tatopani transit point to operate by May 31, says FM Gyawali

KATHMANDU, May 8: Minister for Foreign Affairs Pradeep Kumar Gyawali has said that works are being carried out so as... Read More...