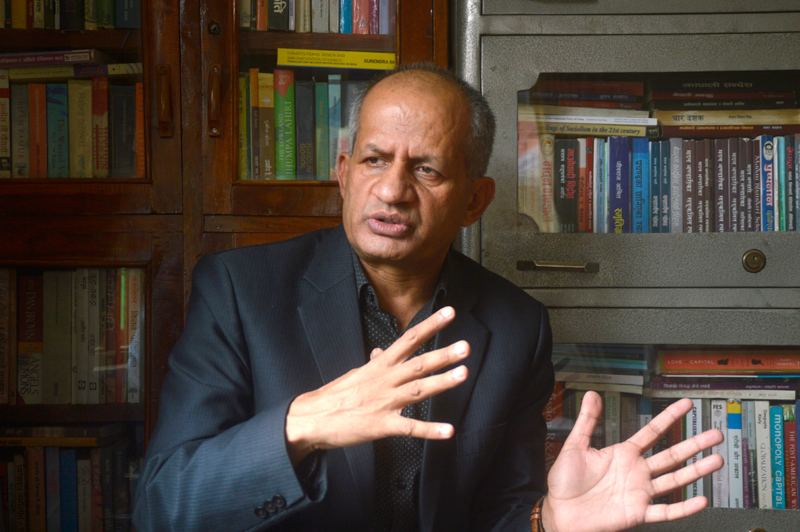 Permanent Representative of Nepal to the United Nations Amrit Bahadur Rai, Nepali Ambassador to the United States Arjun Kumar Karki and other officials of the Permanent Mission and Consulate General of Nepal in New York welcomed the foreign minister-led Nepali delegation at the John F. Kennedy International Airport. Gyawali is accompanied by his spouse Saraswati Gyawali.

The high-level segment of the UNGA is scheduled to begin on 24 September under the theme "Galvanizing multilateral efforts for poverty eradication, quality education, climate action and inclusion". Coinciding with the UNGA High-Level Week (HLW), events such as Climate Action Summit, High-Level Meeting on Universal Health Coverage (UHC), SDG Summit Dialogue on Financing for Development as well as other regular annual events will be organized in New York.

Deputy Prime Minister and Minister for Health and Population Upendra Yadav is leading a Nepali delegation to the High-Level Meeting on UHC to be held in New York later today.

Similarly, Minister of Forests and Environment Shakti Bahadur Basnet is participating in the Climate Action Summit also scheduled for today. Basnet attended in a pre-summit event on Nature-based Solutions Momentum and spoke about the initiatives taken in Nepal to combat adverse impacts of Climate Change.

Similarly, speaking at the launch of ADB’s Community Resilience Partnership Program, he underscored the urgency to act more for reaching out to the furthest behind first.

On the sidelines of the High-Level Meeting on UHC, Nepal is also co-organizing with Bangladesh, Ethiopia, Malawi and UN-OHRLLS a high-level side event on UHC in LDCs September 23. The event aims at highlighting the importance of ensuring accessibility, availability and affordability of quality health services in LDCs and mobilizing national and international resources towards this end.

Flood and inundation issues will be discussed during Joint Commission meeting with India: FM Gyawali

KATHMANDU, July 27: Amid calls from lawmakers to raise the issue of floods and inundation in the Tarai diplomatically with... Read More...

293 new cases of coronavirus recorded in the past 24 hours: Health Ministry
6 minutes ago

Oli, Dahal agree to meet again for agreement
35 minutes ago