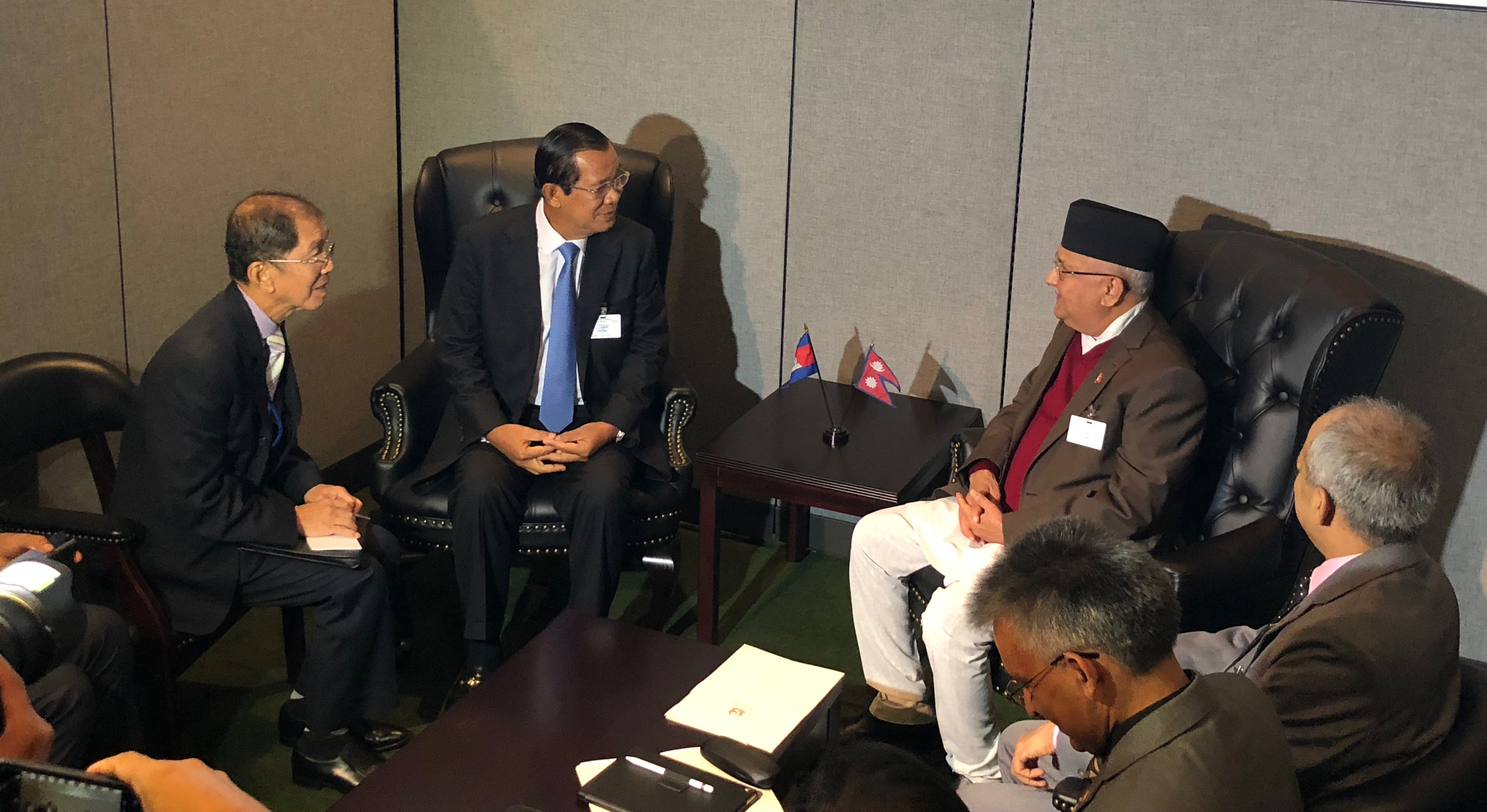 On the occasion, Foreign Minister Gyawali stated that the disadvantages faced by landlocked countries would be minimized through their meaningful participation in the global value chain and international trade. He also stressed the need to transform the fortunes of land-locked countries into land-linked countries.

He met with the Foreign Minister of Azerbaijan Elmar Mammadyarov at the UN headquarters and discussed matters relating to issues of bilateral relations and mutual cooperation in the world forum, according to a statement issued by the Nepali mission to the UN.

Foreign Minister Gyawali met with UN Under-Secretary General Amina Mohammed. During the meeting, matters relating to the UN system and Nepal’s possible contribution to the reforms process initiated by the UN Secretary General were discussed.

Likewise, the Foreign Minister held a meeting with the General Secretary of International Network for Bamboo and Ratten Dr Hans Freidrich at the mission office today. The role of bamboo. RSS