Foreign film Oscar nominees unite to decry fanaticism in US 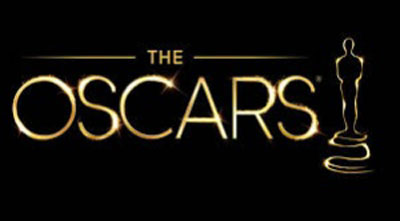 Los Angeles, Feb 25: The six directors, whose movies have been nominated for best foreign-language film at this years Oscars, have condemned "the climate of fanaticism and nationalism" in the US and other countries.

The group includes Asghar Farhadi, the Iranian director of "The Salesman", who in the wake of President Donald Trumps executive order attempting to enforce a travel ban from seven predominantly Muslim countries, said he would boycott the Academy Awards ceremony in protest, according to The Hollywood Reporter.

The collective statement was signed by Farhadi along with Martin Zandvliet (Land of Mine), Hannes Holm (A Man Called Ove), Maren Ade (Toni Erdmann) and Martin Butler and Bentley Dean (Tanna).

"The fear generated by dividing us into genders, colors, religions and sexualities as a means to justify violence destroys the things that we depend on ? not only as artists but as humans: the diversity of cultures, the chance to be enriched by something seemingly "foreign" and the belief that human encounters can change us for the better.

"These divisive walls prevent people from experiencing something simple but fundamental: from discovering that we are all not so different," the statement read.

They further said that no matter who picks up the Oscar, the golden statuette would be dedicated to those working toward unity.

The directors symbolically rejected the borders that define their categorys nominees.

"Regardless of who wins the Academy Award for Best Foreign Language Film on Sunday, we refuse to think in terms of borders. We believe there is no best country, best gender, best religion or best color. We want this award to stand as a symbol of the unity between nations and the freedom of the arts.

"Human rights are not something you have to apply for. They simply exist ? for everybody. For this reason, we dedicate this award to all the people, artists, journalists and activists who are working to foster unity and understanding, and who uphold freedom of expression and human dignity."

SHANGHAI, June 28: Oscar is suspended for eight games after a brawl. Carlos Tevez riled fans with a trip to Disneyland... Read More...

CBS announces 47,000 vacancies for enumerators and supervisors to conduct National Population and Housing Census 2021
20 hours ago

Govt under pressure to transfer funds from development projects to non-budgetary headings: Finance Ministry
3 hours ago