For the love of writing 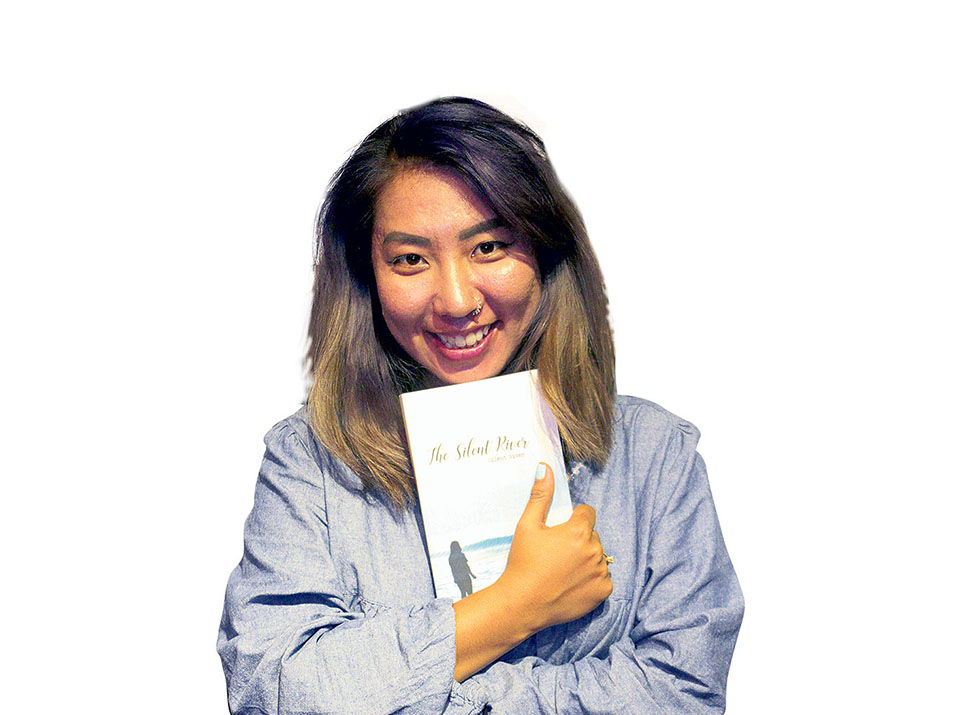 Tara, who uses the alias Silent River, published her first book – a collection of poems – titled The Silent River this February. Tara – who prefers going by just her first name as she doesn’t want her surname to define her identity – has loved writing since she was in school and has always dreamt of becoming an author. Before her book was published, she believed publishing a book was an impossible feat that only a few people could achieve. Here she talks about why she writes and how publishing a book has changed her.

What is The Silent River?
The Silent River is a collection of 108 short poems I’ve written over 12 years that convey my life journey. If you read all these poems, you’ll see me mature – in the way I write and the topics and themes I choose to focus on while writing. The way I transition from a teenage girl talking about boys and attractions to a solicitous woman who thinks a lot and likes people because of their thoughts and personality. All the pictures that accompany the poems also show all the precious moments I’ve captured over the years. The name Silent River is very precious to me because I feel these two words aptly describe my personality.

You made the decision to publish The Silent River without editing it at all even though this is your writing debut. Why is that?
Every poem I write captures certain stories and feelings at particular moments. I write in detail about what I’m feeling at the moment and I’ve been told that anyone who reads my writing can actually picture everything by just reading those words. I have made grammatical and spelling errors but editing that out would take away the essence and feel from the writing. Poetry is also an art that allows expressing oneself freely. I don’t think small errors matter.

Another reason I refused to edit my poems was to win over any self doubt I might’ve had regarding my own writing. I’m expressing my raw thoughts and feelings by not editing anything I’ve written. And as scary as that is, it also brings about a calm satisfaction. I’ve proven (mainly to myself) that I’m confident about my own writing skills. The fact that I independently published the book – without having any ties with a publication house or agency – allowed me to make this decision. I’m working on my second book. It will be a collection of short stories based on 12 people I know who have inspired me in different ways. And since these are stories, I will have to get them edited well before publishing the book.

How did the self-publishing process come about?
That’s an interesting story. I sponsor the educational expenses of a few kids from my community. As they’re getting older, things are becoming expensive and out of the range that I can afford comfortably. A few months ago, I was getting desperate trying to set side enough money for it when a friend, Deepak Sharma, mentioned that I should publish a book incorporating all the poems I’ve already written. I’ve wanted to publish a book for decades and when he assured me that self publishing is very much possible even in our country, we started working on it. Deepak is a graphic designer and photographer so he is the one who designed the book. Everything came together seamlessly and we finished working on the final book in just a few months. One thing I’ve learned during this process is that everything you want to do can be done if you’ve got enough grit and set the right intentions.

Can you tell us a little about when and how you write?
I write in the moments that make me feel or think deeply about things. I don’t have a set time or place for writing and I can’t force the words out whenever I please. Things have to strike deeply for me to be able to express them in words. I have my notebook and pen with me at all times and whenever I feel like writing I take them out and write whatever comes to my mind.

I started with writing childish diary entries that take up pages and have progressed to summing up my entire day into four impactful lines. I don’t write thinking all of this will go into a future book, I do it just because I genuinely enjoy writing and expressing myself through words. There are also times when I don’t write from my own perspective. A writer has to be empathetic and have the ability to feel the pain, sadness, happiness or enjoyment of others around them as well. I try to do that too.

Message from an Unknown Chinese Mother: Stories of Loss and Love by Xinran

British-Chinese writer Xinran is one of my favorite authors whose writings always move me to tears. Her books are pretty difficult to find in Nepal but I’d recommend everyone to read two of her books: Message from an Unknown Chinese Mother: Stories of Loss and Love, and The Good Women of China if they can get their hands on these books. Both of these are based on true stories and Xinran’s narratives are compelling.

On Love by Charles Bukowski
Completely different from Dickinson and her way of writing is that of the German-American poet Charles Bukowski. He has a modern style of writing and what I love about his work is how expressive and detailed he is. In On Love, he shares the intimate moments of his life and all the intense emotions he feels about people and things around him in a beautiful manner.

Arresting God in Kathmandu by Samrat Upadhyay
I know Samrat Upadhyay gets mixed reviews but I absolutely love his books – especially Arresting God in Kathmandu. He was actually the first Nepali author I genuinely liked and the first author I’ve meet in real life. Meeting him during one of his book launches years ago was a very important moment in my life that made me realize (as a child) that even Nepali authors could make a living out of writing and selling books.

Reading Emily Dickinson is an experience in itself. She swarms deep into her emotions and is so melodious and detailed in her writing that you can actually see and feel the things she did when she wrote her poems. Although she was considered a weirdo and a recluse, reading The Collected Poems of Emily Dickinson makes you realize how insightful, spirited, and content she actually was.

B By Sarah Kay
Anyone who likes slam poetry should read Sarah Kay. Although the way she delivers her poems is what I like about her the most, her writing is undeniably just as impressive. She has four published books and multiple motivational TED Talks – all of which are immensely awe inspiring. B has my favorite poem from Kay – If I had a daughter.

Hong Kong, the Pearl of the Orient, will shine again
18 hours ago

At least 11 missing in Myagdi floods
18 hours ago