For the love of cooking 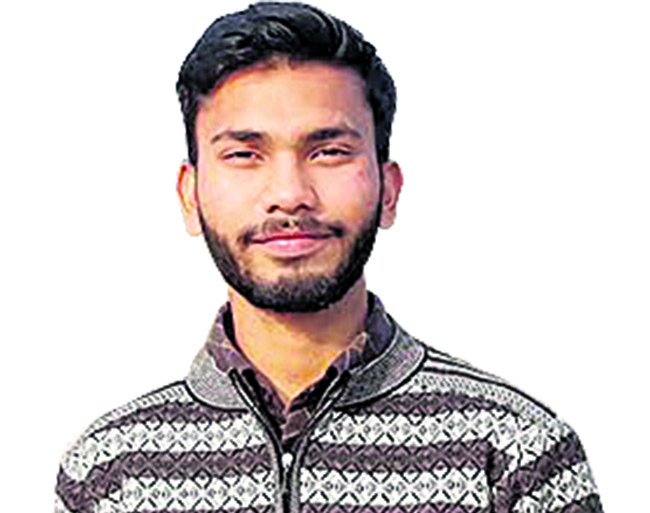 Instagram is a haven for amateur cooks as well as those who like to sit on their beds and look at food prepared and served from all over the world. It’s no surprise that food bloggers have taken the world by storm. However, it’s a whole another thing making as well as photographing the food you have made and putting it out on social media. 20-year-old Kunal Shah has taken his love for cooking to another level with the help of his Instagram account (@selroti_kunal) where he posts pictures of dishes he makes, ranging from traditional Madhesi and Indian to continental cuisines. The vivid, creative pictures can make you drool in a matter of seconds.

Shah, who is originally from Sunsari, was brought up in Kathmandu. As he comes from a family with an engineering background, his love for cooking was thought to be a rather peculiar one. According to Shah, ever since he can remember, he has always been fond of cooking. “Especially around ninth grade, I was a devotee of TV channels like TLC, Nat Geo, Fox Traveller and Discovery because they were filled with cooking shows,” he says, adding that that’s when grew fond of celebrity chefs like Jamie Oliver and Nigella Lawson.

He explains that watching all these chefs cook with such passion sparked an interest for cooking in him as well. And it wasn’t long before he too started experimenting with new dishes (most of which turned out to be utter failures). “However, no matter how bad I did, this newfound interest never died down,” explains Shah.

Eventually, after a lot of practice, he started getting better and better at cooking. “I made my first Facebook post in 2015 and it was a picture of a chowmein saphale,” he reveals adding that he was overjoyed when it got over 20 likes. Soon, he was posting pictures of food along with full recipes for whatever he had made over the weekend.

One day, he recalls, his brother recommended him to open up an Instagram account to post pictures of his creations. Shah chose to add the word “Selroti” in his username, mainly because he thought it would be cute for a food blog. And now, he has over 3000 followers who are fond of his username as well as the pictures and recipes of dishes he posts.

Presentation plays a big part in making the dishes he whips up look tempting. He takes great pains to make sure that the pictures he posts are as aesthetic as possible, often playing with a rustic, raw theme. “For me what camera I use doesn’t matter. What matters is the use of suitable plates, composition skills and the editing and I try to improve my editing skills with the help of YouTube tutorials,” he explains. He further adds that he uses whatever props he finds around his house, from discarded wooden boards to rusted metal boxes.

Shah mostly gravitates towards traditional Madhesi cuisine, Indian cuisine, and is also a huge fan of baking. “I do cook many continental dishes but my heart is set on making home-cooked, old school traditional recipes with a twist,” he explains. Among the many dishes he has made, he is most proud of pizza, chocolate cake, chicken curries and dosa. He admits that he has struggled with bread and vegetable curries. In the future, Shah also wants to make good vegan recipes.

One thing that frustrates Shah is the lack of proper instruments and ingredients. “I don’t have a lot of fancy gadgets and many ingredients I need for my dishes aren’t easily found here in Nepal,’ he says. Yet, he manages to work around the limitations and make do with whatever means he has at his disposal. “I have baked brownies in a momo steamer, and made pizza in regular pots. Also, my mom is always there to help if anything goes wrong,” he explains. Shah’s rendition of creamy delicious brownies has walnut, snickers and dark chocolate chunks. The recipe for this fudgy delight is available on his Instagram page.

Paan kulfi
If you have had enough of the same old kulfi that you get at the local grocers then go ahead and make a paan kulfi for yourself.  This creamy home-made kulfi complemented by the smell and flavors of paan is sure to be a favorite. Chicken curry is, hands down, a national favorite. Shah has taken this chicken curry to another level, packing it with one flavor after another. With a detailed recipe on his Instagram page, this easy to make curry is perfect for a delicious Saturday morning lunch.

Chocolate cake in a pressure cooker This mouthwatering cake has buttercream frosting and hot chocolate powder. And the good thing is that it’s made in a pressure cooker.

Cooking is a big war to fight off for many people. Finding the presentation of food or the taste similar... Read More...

Madrasa education to be included in government curriculum
14 hours ago

The trials of Aung San Suu Kyi, from heroine to villain to convict
16 hours ago