For a PAWsitive future 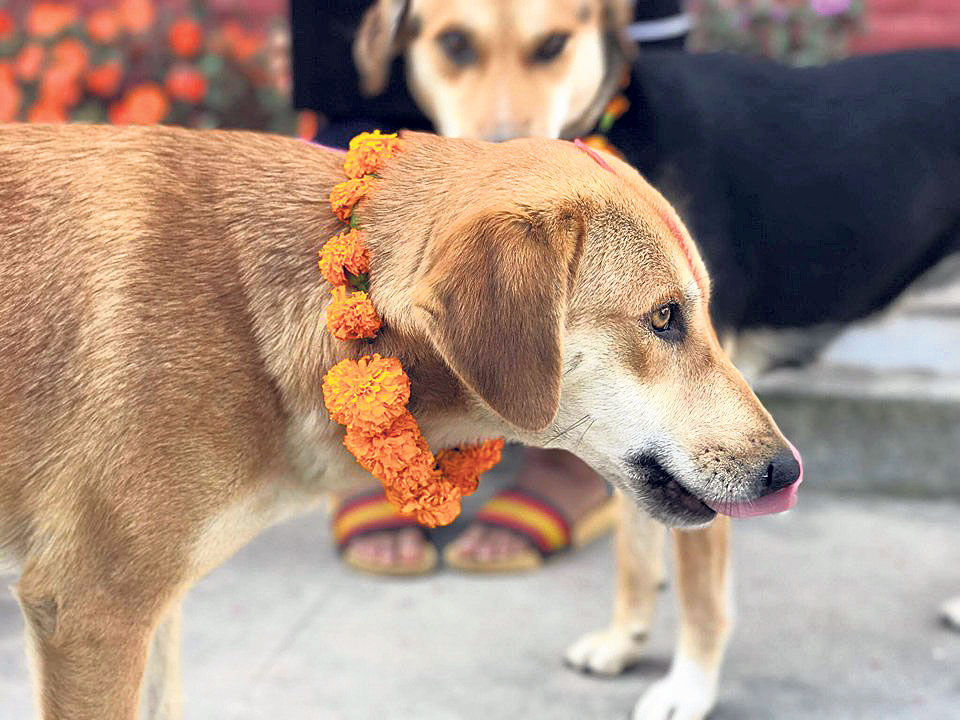 Despite protests and campaigns against discriminations of all kinds, we still get to see a lot of it on a daily basis and then there’s a discrimiation we rarely give mucn thought to, much less talk about and condemn: Discriminating among breeds and gender of animals. Sharmila Karki, founder of PAWsitive Hands, says that the questions that irk her the most are to do with inquiries about breed and gender of dogs before adopting or abandoning them.

PAWsitive Hands is a non-government organization working to better the lives of street dogs. They conduct awareness programs regarding the treatment and adoption of street dogs and rescue programs. The NGO launched approximately two years ago, on March 2016, is working under the motto “Adopt Don’t Shop”.

“What we have gathered over the past two years is that Nepalis are very particular about what dogs we want to welcome into our families as pets and we are very willing to pay obscene amount for them. Most Nepalis are also extremely biased against street dogs,” claims Karki, clearly displeased with the situation. Right now, PAWsitive Hands is home to about eight to 10 canines who have been living with them for more than a year because of such silly biases. PAWsitive Hands plans to tackle the mindset of adopters regarding breeds and focus their  upcoming awareness programs towards doing away with this bias.

“We rescue the dogs, bring them to our office, and have the them checked thoroughly and vaccinate them and put them up for adoption. The small ones are actually with us for about two months before we put them up for adoption,” explains Karki while talking about the work protocol of PAWsitive Hands. And what she means by putting them up for adoption is uploading a picture of the said canine to their website, Facebook, and Instagram. “People approach us through these sites or simple call if they are interested to adopt a dog,” she says.

PAWsitive Hands also runs PAWsal which is an online shop selling dog related merchandise for fundraising purposes. They sell handmade bracelets and slogan tees among other things – the sales from which go on to support PAWsitive Hands. But PAWsal only covers about 20% of the total expenditure for PAWsitive Hands. The seven board members – among which Karki and co-founder, Aakriti Dhungana, are the only active members – cover the remaining 80% through their own investments.

Both Kari and Dhungana are working full time to be able to fund PAWsitive Hands and have no regrets in doing so. They state that this is a very concerning issue that many are not aware about and are more than pleased to be raising their voice for this cause. “I’m overjoyed by the work I’m doing right now. If I could, I would assure the 2016 Sharmila that she will never regret taking this up as her career and suggest her not to be so worried about everything that could go wrong,” says Karki who claims she has been a dog lover since the time she can remember.

Karnataka's politics is just like Bengaluru's fickle weather: A blast of hot air now, and a freezing cold breeze the... Read More...

Technology has become an integral part of our lives. People are increasingly tech savvy and dependent on technology. With a... Read More...

KATHMANDU, Oct 21: Nine out of 10 ten-year-old girls live in developing countries while one in five lives in Least... Read More...