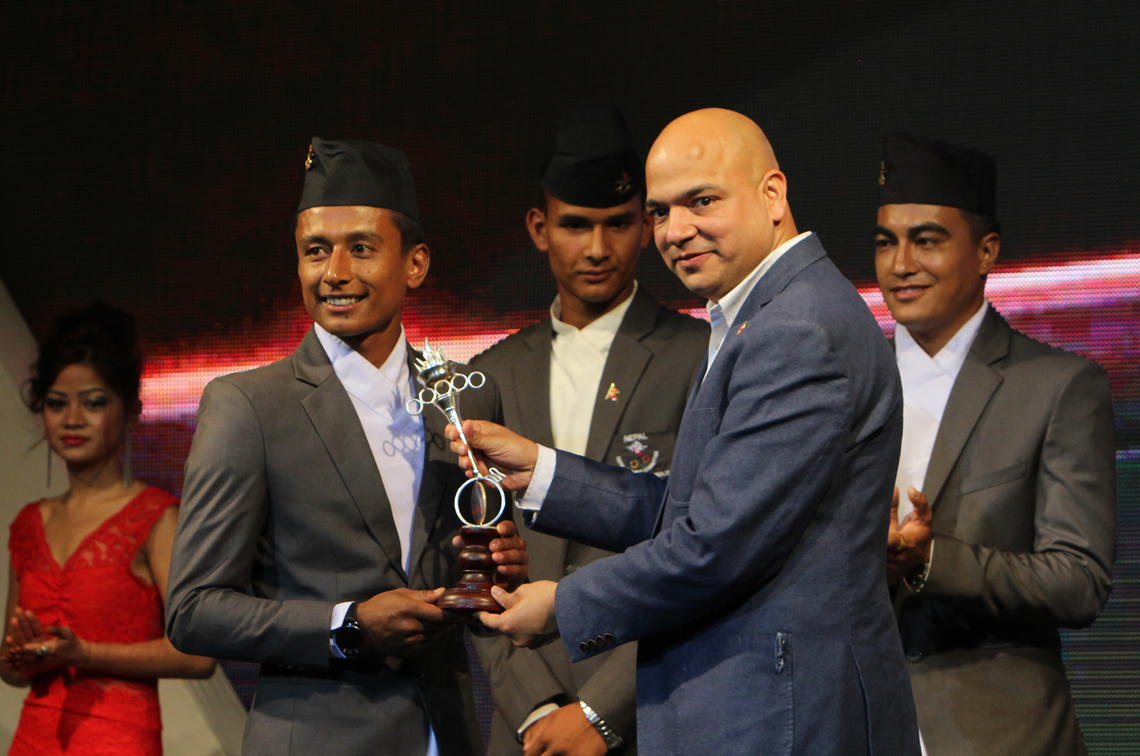 Nawayug won the male player of the year award as football claimed altogether five awards during the ceremony held in Kathmandu.

National team's striker Nawayug was a key member when Nepal bagged Bangabandhu Gold Cup in Bangladesh and men's football in South Asian Games in India. Nawayug, who completed his international hat-trick against the Maldives, was the best player and highest scorer (four goals) in Bangabandhu Gold Cup.

Nawayug, who scored highest seven goals with two hat-tricks in the 12th SAG, had helped Nepal win the SAG football trophy after 23 years.

Nawayug was the highest scorer in National League with 14 goals when his club Tribhuvan Army Club finished runner-up.

“Such achievements help us to be more dedicated to whatever we are doing and encourage players like us to perform even better in coming days,” said Nawayug, who was elated with the award.

Phupu ended Nepali judo's 21 years wait for gold in the SAG when she bagged the medal in India.

“I won the award due to my hard work and want to dedicate the award to my late father,” said Phupu, who lost her father in the Everest avalanche in 2014.

“The award will definitely encourage other youths to be involved in the game and will also encourage me to do even better. This will also help in the development of the game in the country,” said Anjan.

Bal Gopal, who was the coach of Nepal for the AFC U-19 Championship Qualifier, is currently the head coach of Bangladesh's first division club Brothers Union.

Five-time national champion Nabita won bronze medal in women's doubles event in the 12th South Asian Games held in India. Elina Maharjan was her pair in the event. She also defeated players from Estonia and Pakistan during World Team Table Tennis Championship. She made it to the knockout stage in the 28th Summer Universiade beating opponents of Algeria and Sierra Leone.

Nabita, who leapfrogged to 429th positions in world ranking, is the current national champion.

“Knowing that table tennis has also been nominated made me feel proud. The achievement also showed that table tennis is also played in Nepal. It will motivate other players too,” said Nabita.
Sita Bhandari, who lost her right hand in a fire at the age of six, won the para athlete award. Sita had won bronze medal in para taekwondo during the IWAS World Games in 2015. The black belt second dan player had also secured bronze in the Second Asian Para Taekwondo Open Championship in Manila four months earlier.

The winners of male, female and peoples' choice award received Pulsar motorbike along with gift hampers and the winners of the remaining five categories got Rs 50,000 each and gift hampers. 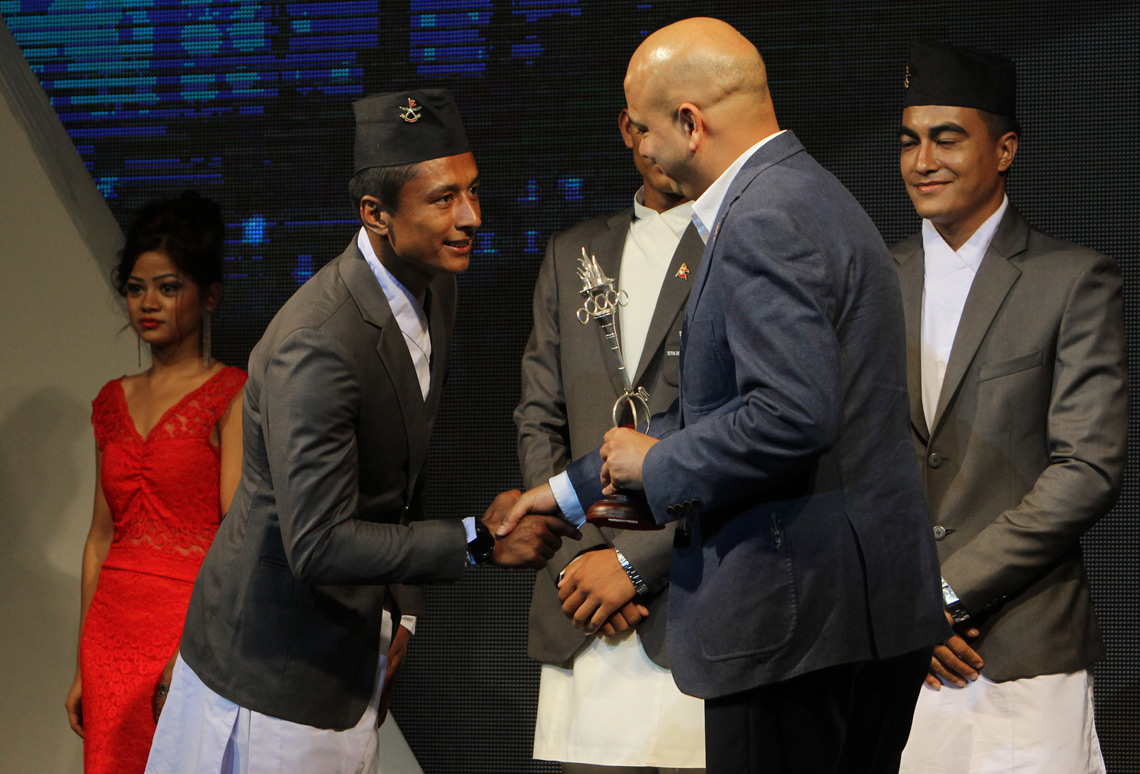 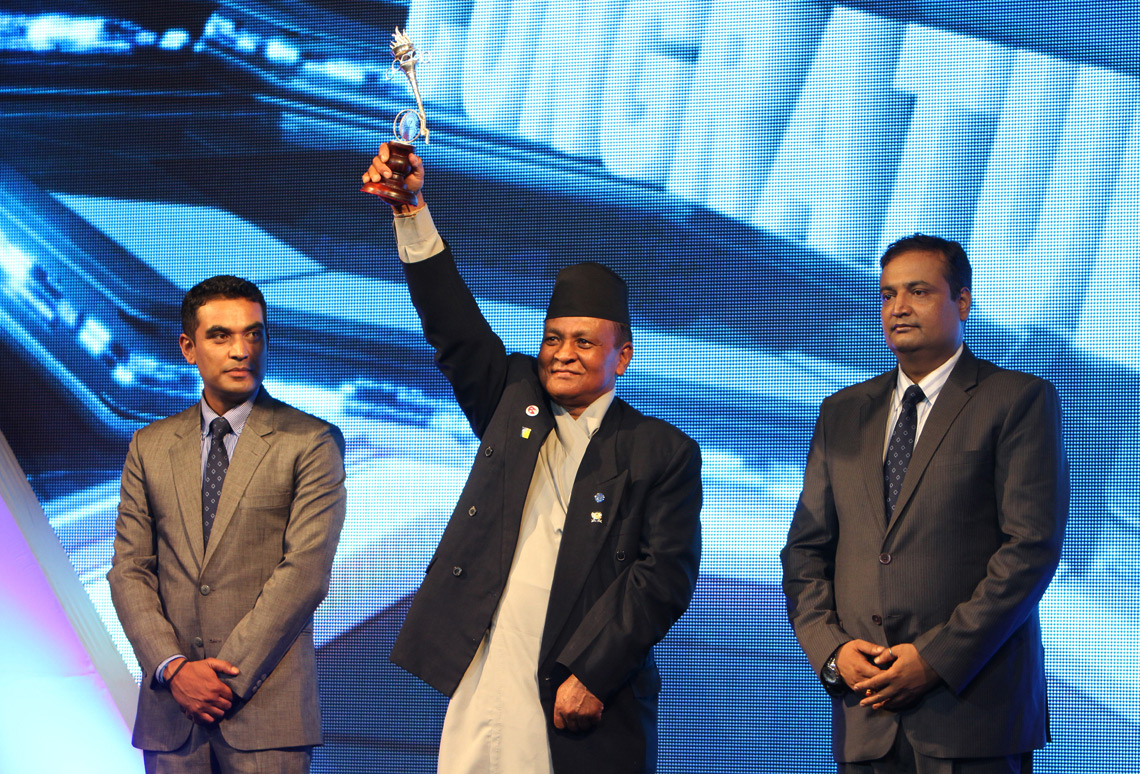 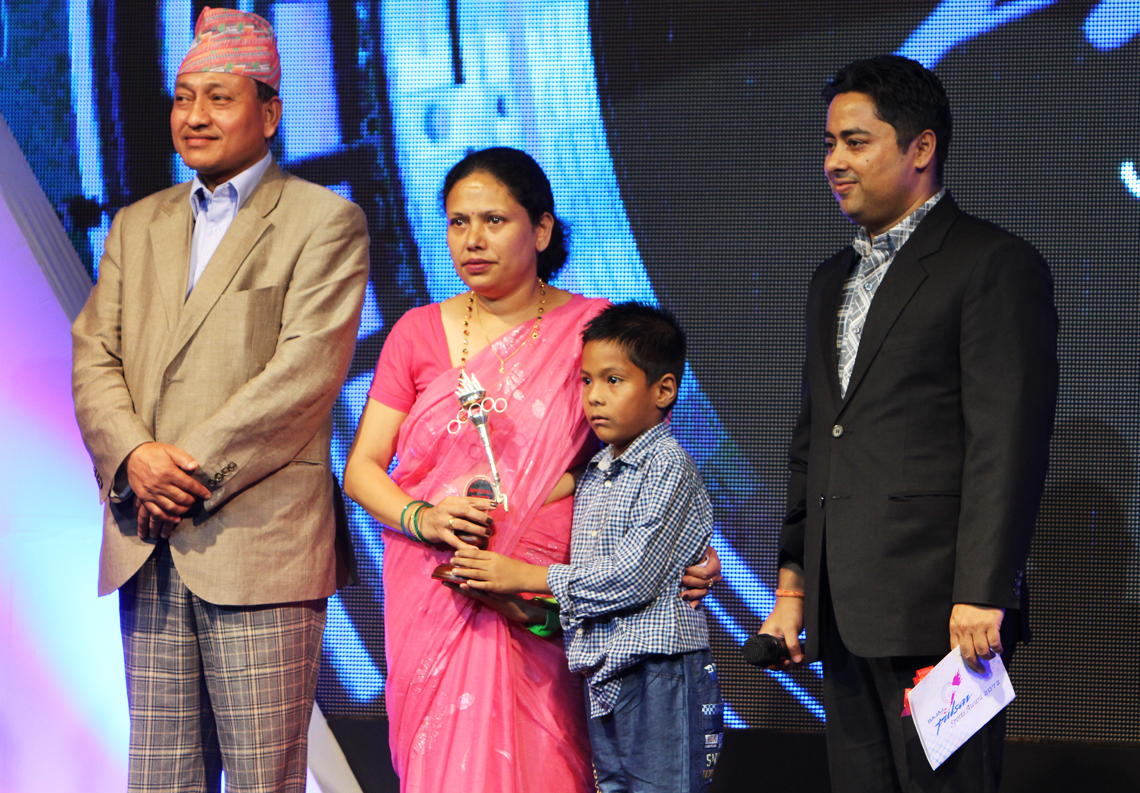