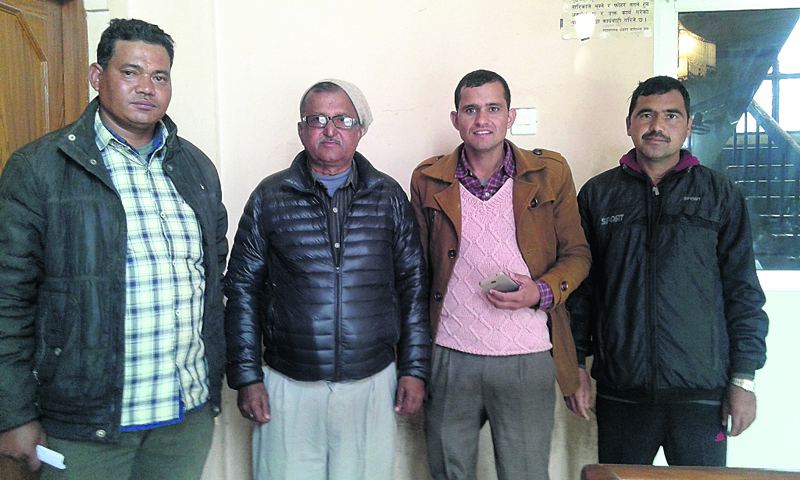 NEPALGUNJ, Jan 25:  Flood victims from Banke, Bardiya, Dang and Surkhet have called on concerned authorities to implement the recent cabinet decision to provide relief to them without further delay. They made the call from a joint gathering in Nepalgunj on Monday.

The cabinet had recently allocated a relief amount of Rs. 298.9 million for 9,073 houses from the five flood affected districts of Banke, Bardiya, Dang, Surkhet and Sindhupalchowk.

“Many governments have changed but none changed our plight. No one has ever lived to our expectations. The incumbent government has indeed taken some measures to address our concerns but we are not sure if the allocated aid will ever reach us,” Jagdish Bahadur Singh, chairperson of Laxmanpur Damn Flood Displaced Struggle Committee, Banke said to Republica. “Many governments have been formed, pledged assistance and crumbled without delivering their promise. We want to make sure that this time the aid reaches us. Therefore we are uniting to launch a joint struggle.”

The meeting has formed a joint struggle committee with members from the four flood affected districts, excluding Sindhupalchowk, in the leadership of Bal Bahdur Thapa from Surket. On August 13 and 14, 2014, floods had destroyed many settlements in the five districts. It claimed many lives and rendered many homeless.

In the immediate aftermath of the floods, government had announced relief to the flood victims but this was not availed. The recent cabinet decision affirmed its commitment to that announcement and has ordered concerned authorities to avail the promised relief amount to the flood victims within a month.

Despite the decision, the flood victims still feel unsure to rejoice. “It's a great announcement but we are not yet sure that the decision will be implemented duly and that we will receive the relief. We have been cheated many times by the government and trusting it is hard this time,” Dharma Raj Khadka, chairperson of the Flood Displaced Struggle Committee in Dang stated. “Earlier governments had made similar pledge but it was never fulfilled. The present decision can also turn out to be just another blow to our emotions.”

Khadka informed that many victims in the area have been living in miserable conditions since the floods. The previous government had announced to provide Rs, 1, 2500 to the flood victims without land and Rs.75, 000 for those with lands.

“We welcome the recent cabinet decision to provide the relief but we are still doubtful about its implementation,” Bal Bahadur Thapa, co-ordinator of the Joint Flood Displaced Struggle Committee said soon after being nominated for heading the struggle. “If the government can't do anything than we urge it for stopping selling fake hopes to the victims,” Thapa said.

Similarly Binti Ram Tharu, the chairperson of Bardiya's Flood Displaced Struggle Committee, said, “We are tired of visiting various offices in the district headquarters begging for the relief. I hope this time it will be delivered and we will be able to move on with our lives.”

KATHMANDU, June 22: A joint meeting of National Assembly and House of Representatives under the Federal Parliament on Friday endorsed... Read More...