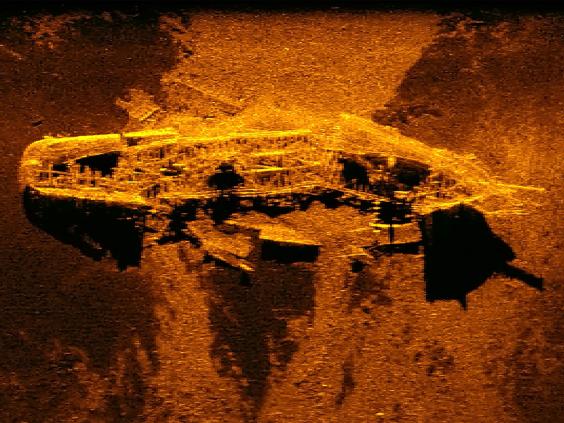 Four years on from the disappearance of Malaysia Airlines FlightMH370, much is still unknown about what caused the aircraft to seemingly vanish over the South China Sea.

However, the colossal search for evidence carried out in the depths of the Indian Ocean may have inadvertently provided answers in regard to two mysteries that have remained unsolved for 140 years.

Unprecedented sonar searches of the seabed for the Boeing 777, which was lost in 2014 with 239 people aboard, uncovered the wreckages of two 19th-century sailing ships.

The wrecks were both found in 2015, roughly 22 miles apart, in an ocean debris field scattered with coal some 1,440 miles south-west of Australia.

A drone was able to retrieve a coal sample from one of the sites, 2.3 miles under the surface, with analysis suggesting the ship was British, a Western Australian Museum report concluded.

The museum’s research of images and incomplete records of lost ships found the wreck was most likely that of the brigW Gordon or the barque Magdala.

W Gordon was on a voyage from Scotland to Australia when it disappeared in 1877 with 10 crew aboard. Magdala was lost in 1882 while sailing from Wales to Indonesia.

"Most of the material widely scattered on the seabed consists of the remains of the coal cargo that spilled out of the hull prior to it striking the seabed," said Dr Ross Anderson, curator of maritime archaeology at the museum.

"The evidence points to the ship sinking as a result of a catastrophic event such as explosion, which was common in the transport of coal cargoes."

The second wreck is most likely to be that of the barque West Ridge, which vanished while sailing from England to India with 28 sailors in 1883, the report said.

Although there is no evidence of what caused the disaster, the ship’s location east of the trade route from Europe to Asia suggests it may have been heading to the closest port in Australia for help.

Dr Anderson said the discoveries regarding the two 19th-century wrecks were a significant by-product of the search for MH370, which was flying from Malaysia to China when it disappeared from radar.

AUSTRALIA, May 29: The head of a U.S. technology company that scoured the Indian Ocean seabed for more than three... Read More...

“Fasten your seatbelts!” The airhostess’ melodious voice reverberated inside the plane. The Qatar Airways Boeing was ready to take off... Read More...