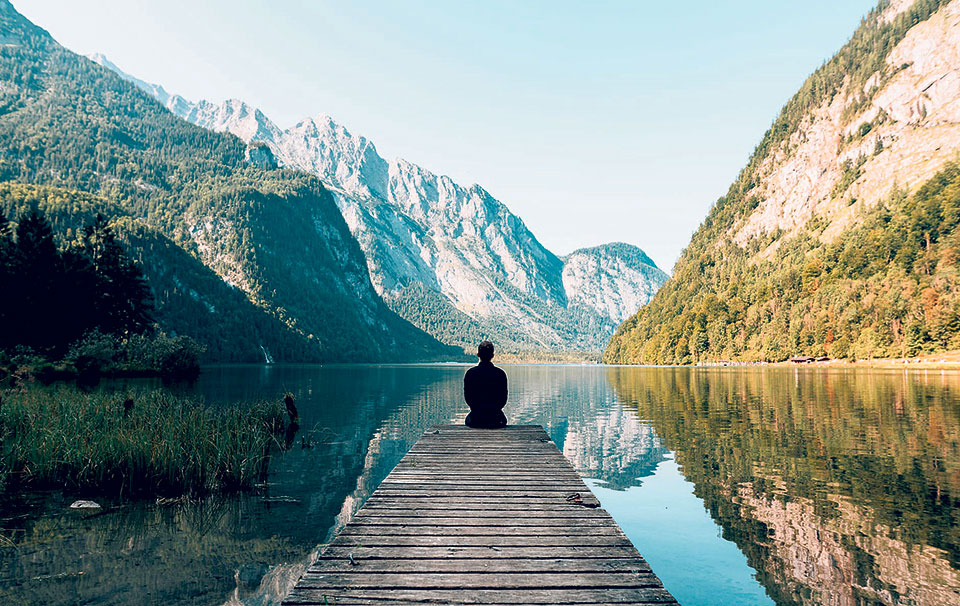 Fitness has also always been a major focal point at the start of every New Year. Fitness resolutions often fail after the first month but they still make it to every list, a testimony of people’s desire to be healthy and fit.

If there were a metric system to rate 2018, actor and producer Deepa Shree Niraula says she would give it full marks. The success of the Chakka Panja 3, which she directed and produced, still has her beaming from ear to ear. Along with fame and money, the film earned her fans globally. All the appreciation she got when she went on a tour of six different countries this year compels her to call 2018 her best year so far. Doing well professionally is what she aspires for at the start of every New Year and this year has been a highpoint in her career.

“It’s been a fantastic year and I’m looking forward to good things as it draws to a close,” says Niraula adding that life on the personal front too has been good to her. She says her nephew was recently born and he has brought about much happiness in the entire family. She is equally, if not more, stoked about being an aunt as she is about her film’s successes.

Sisan Baniya, vlogger and filmmaker, hasn’t had a year as good as Niraula’s but he claims that he has learnt a few invaluable lessons regarding entrepreneurship as well as been able to develop his own team for future entrepreneurship ventures. 25-year-old Barsha Thakali who is a model, on the other hand, says that she started her own event management company this year that is doing pretty well so far. Career advancements and success in the professional world seemed to be the primary reason almost everyone this scribe spoke to based their evaluations of 2018 on.

It’s natural to want to do well career-wise but an increasing number of people also seemed to put personal growth and happiness before professional progress to measure their year’s worth. Athlete Dawa Gyalwa mentions that she missed out on a lot of opportunities career-wise because of self-doubt and fears but the 20-year-old, who studies architecture at Nepal Engineering College, claims this year taught her the value of family. “I realized how important my parents are in my life and that is a feeling I want to carry on to 2019 and the years beyond,” she says.

Like Gyalwa, 24-year-old photographer and fashion designer Manish Khadgi’s year too was driven more by life lessons than career successes this past year. Khadgi reveals that 2018 has largely been about struggles. He worked hard to establish his clothing label, Ramp but, despite being fully focused on developing his brand, he couldn’t get very far. This negative experience taught him the value of patience, says Khadgi. “You can’t fast forward your way to success. I learnt that lesson while working on Ramp this year. You have to take things slow and easy and you can’t be afraid of failure,” he says.

For some lucky individuals, 2018 brought about both – success in their careers as well as some important life lessons. Aakanchha Karki, actor and co-founder and director of Katha Ghera, a self-sustaining theater collective, mentions that the past year was great for her mainly because the Katha Ghera team finally started Kausi theater (a 130-seat black box theater) and that brought on a lot of new opportunities their way. “But nothing can beat being able to accept yourself as you are. I was able to do that this year. It’s a personal feat I’m proud of,” she says.

Karki confesses that earlier she used to force herself to do things she didn’t want to because she felt it was appropriate for her age. This year, she claims, she has actively tried to maintain a work-life balance while resisting giving in to doing things that make her feel like she isn’t being true to herself. And being true to herself is perhaps the only New Year resolution she plans to keep in the coming year as well. She hasn’t made any other New Year resolutions yet and doesn’t think she will either.

All the people this scribe spoke to also revealed that they weren’t very keen on making resolutions. They seemed to think resolutions were pointless because it’s a known fact that no one ever keeps their New Year’s resolutions. A study conducted by University of Scranton in 2013 found out that only eight percent of people who make New Year’s resolutions actually keep them. However, that doesn’t deter the naysayers from making what they termed as ‘loose plans’ for the New Year – something that’s not as stringent as resolutions and which won’t have them guilt ridden should they choose to forget all about it within a few weeks.

On the professional front, Niraula plans to produce at least three movies in the coming year as opposed to the one movie she has been producing every year until now. Actor Bhola Raj Sapkota, who was a part of the Bollywood movie, Barfi, says that he wants to do theater along with films this year. But his focus, he confesses, will be spending more time with his family. “I want to spend quality time with my two daughters,” he says.
Fitness has also always been a major focal point at the start of every New Year. Fitness resolutions often fail after the first month but they still make it to every list, a testimony of people’s desire to be healthy and fit. Baniya who started working out regularly in 2018 states that he plans to continue doing so in 2019 as well as he feels a lot better about his body because of it.

Karki, on the other hand, wants to be more forthright in the coming year. This, she feels, is something everyone should do. Just like working out is important for physical health, speaking your mind, Karki believes, is crucial for your mental wellbeing. “For me, one of the hardest things to do is point out when someone I know or respect is being rude or approaching an issue in an ignorant way,” she says adding that she plans to speak up when something doesn’t sit right with her this year.

Despite not making resolutions, for many, the coming year will be based on lessons learnt in 2018. Whether it is in their personal or professional lives and whether people were driven by familial comfort or success, the desire to be happy and satisfied seemed to be the one constant. And perhaps it is that need that will drive many people to make the most of their lives in 2019 as well.

With 2019 only a few days away, it’s natural to find yourself pondering over the past year. You might regret... Read More...

Sonam Lhosar celebrated with much gusto (with video)

Sonam Lhosar is a festival celebrated as an occasion of the start of a new year, by the Tamang community people... Read More...

Fairs or melas are the universal constants for times spent with utmost joy. The carnivals, rides, the stalls, and the... Read More...