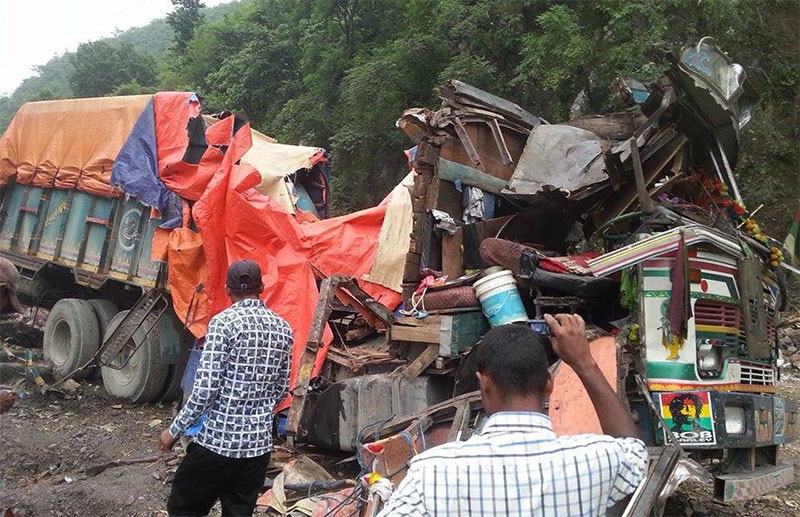 CHITWAN,   July 18:  A driver was injured while as many as five vehicles suffered damages after a landslide occurred at Mauwakhola on the Prithvi Highway on Monday morning.

The injured has been identified as truck driver Mohan Chaudhary, 24, of Nawalparasi Madhyabindu Municipality-4.

Similarly, the landslide has also damaged a 90-meter-long shed.

The landslide occurred at a time while the trucks were being parked on the highway.

CHITWAN, Sept 4: A landslide which struck between the Charkilo and Paanchkilo sections of Chandi Bhanjyang VDC – 6 on... Read More...

MELAMCHI, July 20: Three persons, who were buried by the landslide that fell off from a roadside at Mahankan VDC-8... Read More...