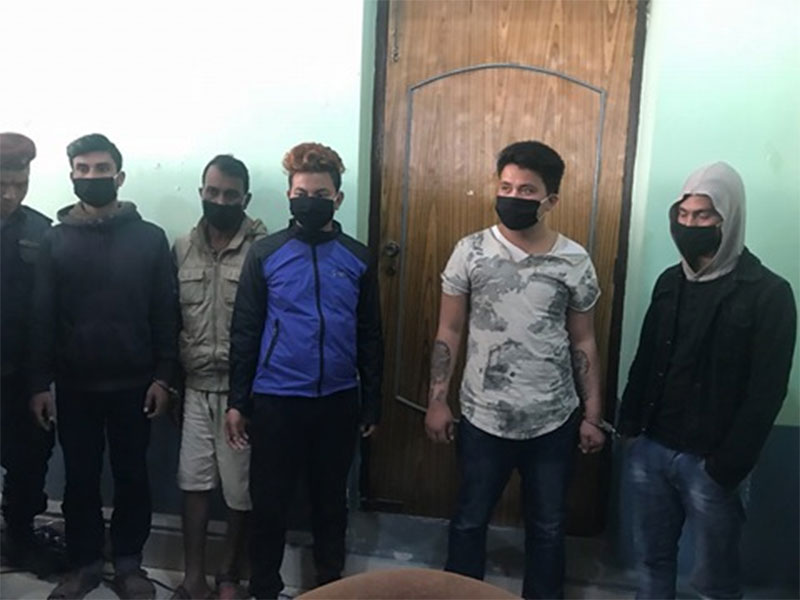 KATHMANDU, Nov 15: Nepal Police on Tuesday made public five individuals they claimed were involved in gruesome murder of Sharad Kumar Gauchan, then chairman of the Federation of Contractors' Association of Nepal (FCAN).

In one of the most high-profile murders to take place in the capital in the recent years, Gauchan was shot dead in broad daylight near his home in Baneshwar while he was heading toward FCAN's office in Anamnagar on October 9.  The murder had drawn nationwide attention and huge protest from the business community.

Six more suspects including Samir Man Basnet, the mastermind behind the murder, and Ambar Bahadur Rana (Manoj Pun), the sharpshooter, Lopsang, Ganga Lingden aka Boka, Shyam Bahadur Gumbe, Amber Bahadur Rana aka Kale Rai, Roshan Budhathoki and Ajaya Budhathoki are still at large.  Most of the suspects have criminal record. Pun was also said to be involved in killing of Durga Tiwari in Rupendehi in December 2016.

Police said that the shooters had been monitoring Gauchan's movement for almost a month.  The shooters had bought motorbike bearing forged number plate (Ba 35 Pa 2461) and gun from Indian town of Betihya for the purpose. In a statement, police said that Shivaji Mahato had bought gun for Rs 18,000 and bike at Rs 65,000. The gun and bike were later sold to Shyam Gumbe Gurung for Rs 55,000 and Rs 65000 respectively, police said.

The details are based on preliminary findings of a high-level probe panel led by Deputy Inspector General of Police Ganesh KC. The probe panel was formed as per the demand of construction entrepreneurs.

Many details including the exact motive behind the killing still remain unclear. It is not clear whether the gangsters acted independently or were hired by some other people. Police believe that monetary dispute could be one possible reason behind the murder. Nothing regarding the nature of the dispute has come to light.

Tuesday's arrest has come as a big morale booster for Nepal Police, whose reputation, of late, had gone down from bad to worse due to its failure to ensure law and order in the country.

Gauchan's murder, the latest in a series of high profile killings to rock the capital, had mounted pressure on police to ensure public safety and security.

KATHMANDU, Dec 4: Nepal Police has nabbed the alleged mastermind behind the killing of construction contractor Sharad Kumar Gauchan, the then... Read More...

BAITADI,  Oct 9: The police have arrested a husband in connection with the death of his wife at Melauli area of... Read More...

10:19AM most auspicious time for Dashain tika
8 hours ago

Lee Kun-hee, who made South Korea's Samsung a global powerhouse, dies at 78
23 hours ago