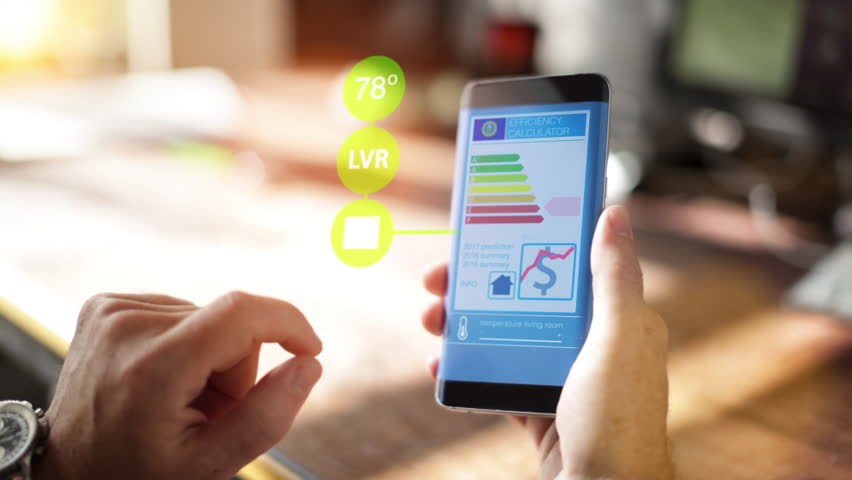 We use our smartphones all the time. But are we using it smartly? Here's five smarter ways to use your smartphone next time.

Ask anyone today, if they'd ever leave their home without a smartphone, there probably would be one common answer: No.

The rapid evolution of smartphones has rendered it as a viable substitute for many devices we use for our daily tasks. From maintaining a planner to making everyday grocery purchases, finding your way in the dark to taking pictures and videos on the go, “One phone does do it all”.

Our phones have become smarter, but have we been keeping up with it and using it to its fullest? In this high five, we will take a quick look at a few tips, apps and smartphone habits to make your digital sphere well-rounded. 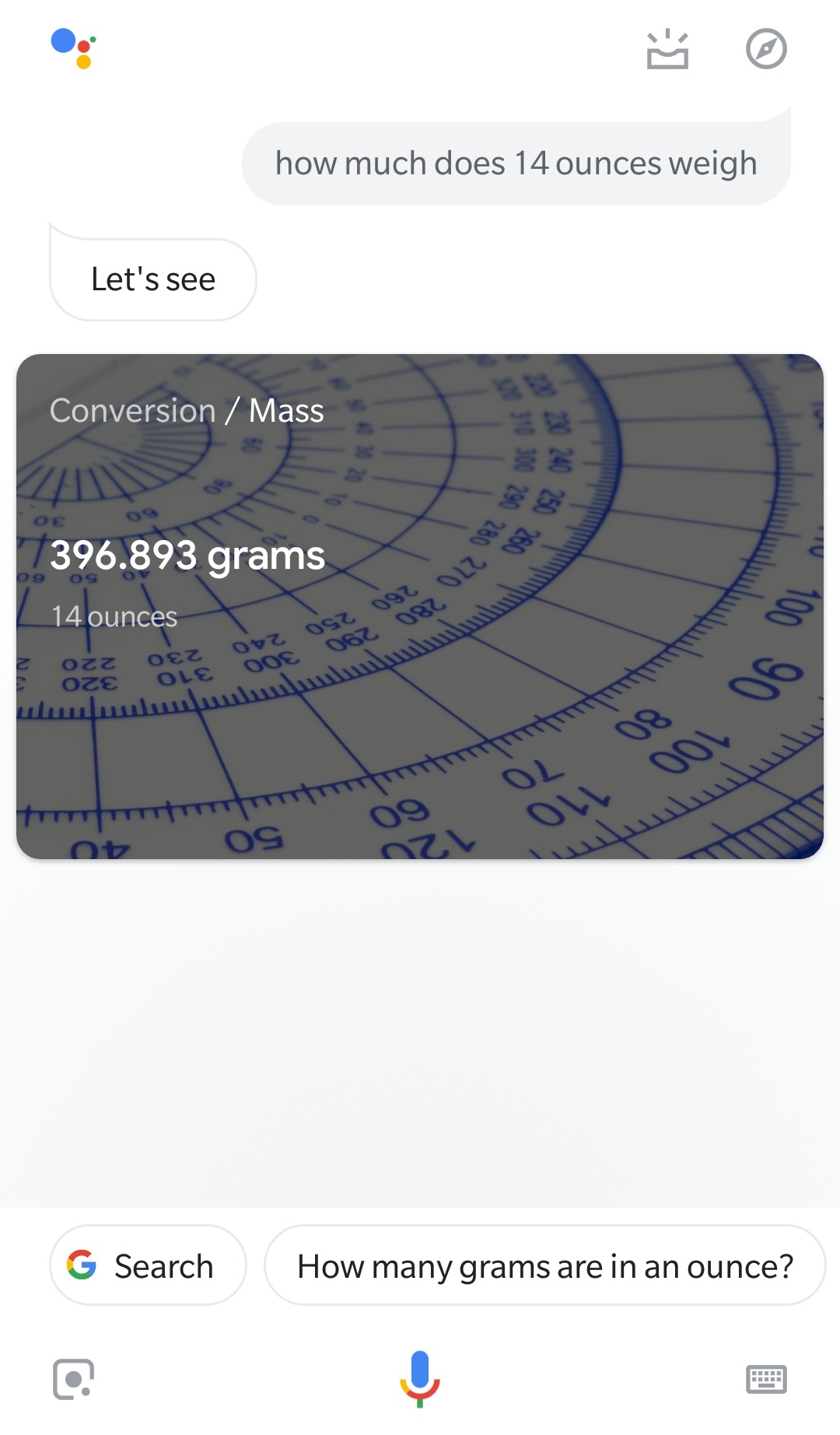 Starting the list with the immense computing power of the search engine. Why Google, you ask? Today it is powerful enough to find you the tea shop from your last trek or read out today’s stock prices. To make life easier, you can use voice assistant to get answers to questions like whether or not you’ll need to carry an umbrella today or schedule a 25-minute power nap with your eyes closed. The latter, you can even do offline. Just say the magic words - Hey Google/ OK, Google and your wish is your phone’s command. So, rather than wondering how much 3 oz is simply ask Google. You no longer need a unit calculator app for it. Due to the improvement in Google Assistant, using voice search for alarms, reminders, weather forecasts, definitions, unit conversions, foreign exchange have become super easy. 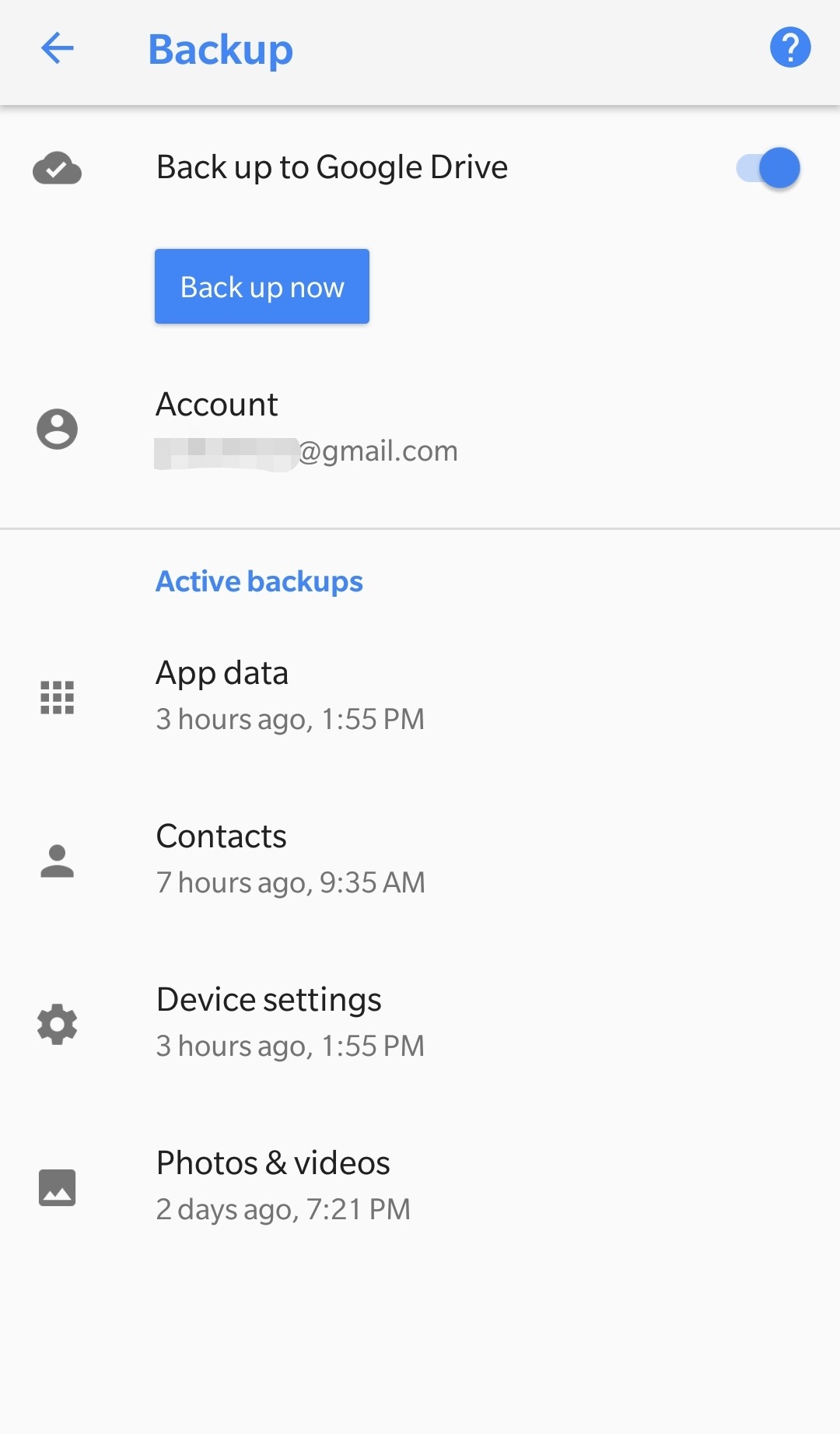 Backup over the Cloud

A decade back, when smartphones came into the scene, they were clumsy smart. Sure, they boasted a lot of technology but most of it wasn’t readily accessible. We were still waiting for the boom of the internet while phones already hoisted flags for cloud backup. Today, Wi-Fi is quite common and mobile data connects a lot of the remote areas at faster speeds. With better and accessible cloud storage infrastructure, we should not hesitate to adopt these technologies to secure our digital data. From backing up your contacts to using Google Drive, iCloud, OneDrive for online backups of photos and documents, excuses such as lost phones or corrupted memory sticks should be a thing of the past. Sign into your email accounts and set up periodic backups on your phone and apps to free yourself from these worries.

The share feature has changed the smartphone industry. The immense volume of data shared across social media has been on an exponential rise. But beyond the conventional sharing on Facebook, YouTube, and Twitter, there are several sharing utilities that run within your smartphone that can save you a lot of hassle. For example, your smartphone lets you share contacts via SMS without requiring you to send a screenshot of your contact list or having to copy paste the desired number. Similarly, simply share an album online rather than physically transferring files via applications like Xender, ShareIt (although the latter has its own perks). Likewise, amongst articles, you can share are notes, calendars and personal folders. 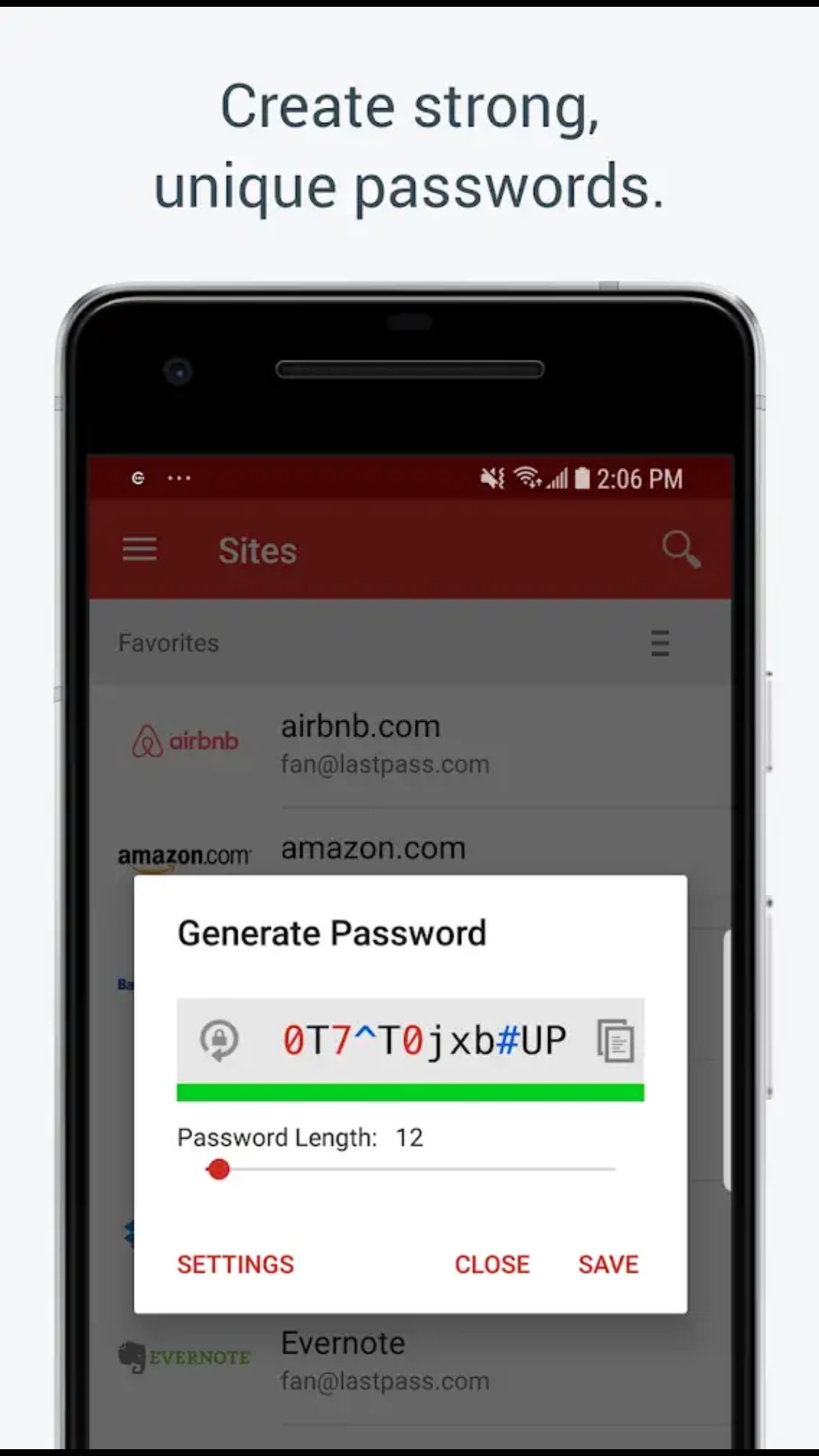 I know a lot of you will be skeptic about storing passwords on an online system (which more often than not is secured by the state-of-the-art encryption mechanism with two factor authentication, to say the least), I’d say it is safer than jotting it down on the back of your notebook or maintaining a chit in your wallet. Having it in plain text on your default notes app isn’t any better. But storing all your eggs in a basket should come with some responsibility. To begin with, pick a password manager that you can trust. Amongst top options are LastPass, Dashlane, and Keepass. Adding layers of security such as mobile verification, email verification, IP verification; whichever feasible, you can be on top of your password management game. Using Google Passwords is totally fine as long as you keep your phones locked. 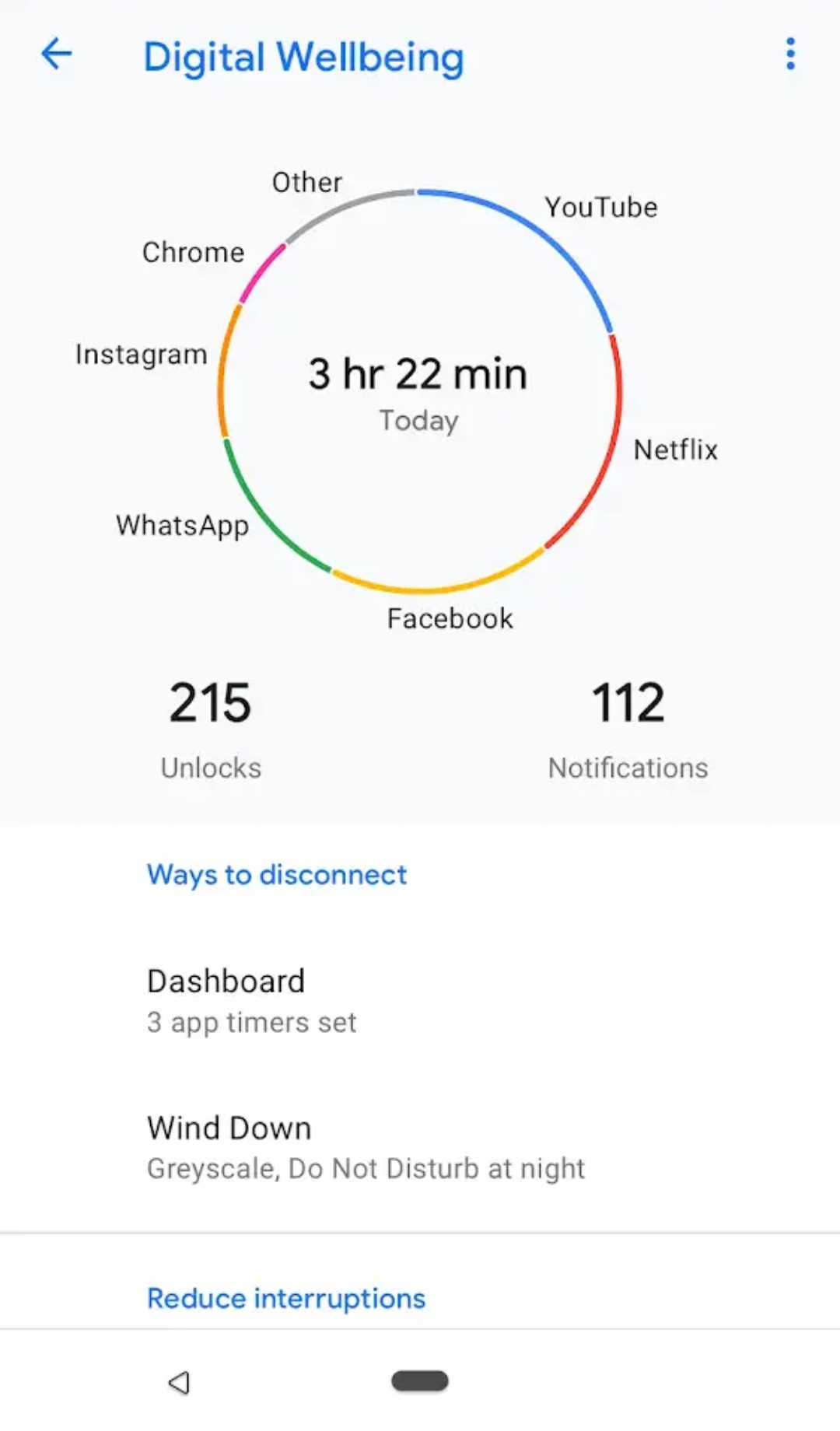 Smartphone addiction is real. Mostly accounted by social media addiction, there are several other known mental disorders such as anxiety, depression that share its roots with your smartphone usage pattern. From a productivity standpoint too, many have rendered smartphones a distraction. It is obvious that reducing your screen on time is the way forward. But not everyone has the self-control and motivation to stay away from their devices. The push notification nukes that apps frequently deploy make matters worse. So, applications have started tracking usage and providing users with digital wellbeing stats that clearly document the amount of time spent on a particular app. E.g. YouTube. Newer versions of Android OS also ship a global digital wellbeing tracker to keep tabs on all your apps. Beyond this, you can always customize notification frequency to your liking, use stock DND services and mute periods (mostly during sleeping hours) and for strict filtering, use applications like Offtime, StayFocused, FocusMe to reduce distractions.

PARBAT, July 18: Technology-friendly education, which was mostly limited to schools in cities and towns until a few years ago... Read More...

When I left US after working and studying for almost 10 years in IT, I thought Nepal was ripe for... Read More...