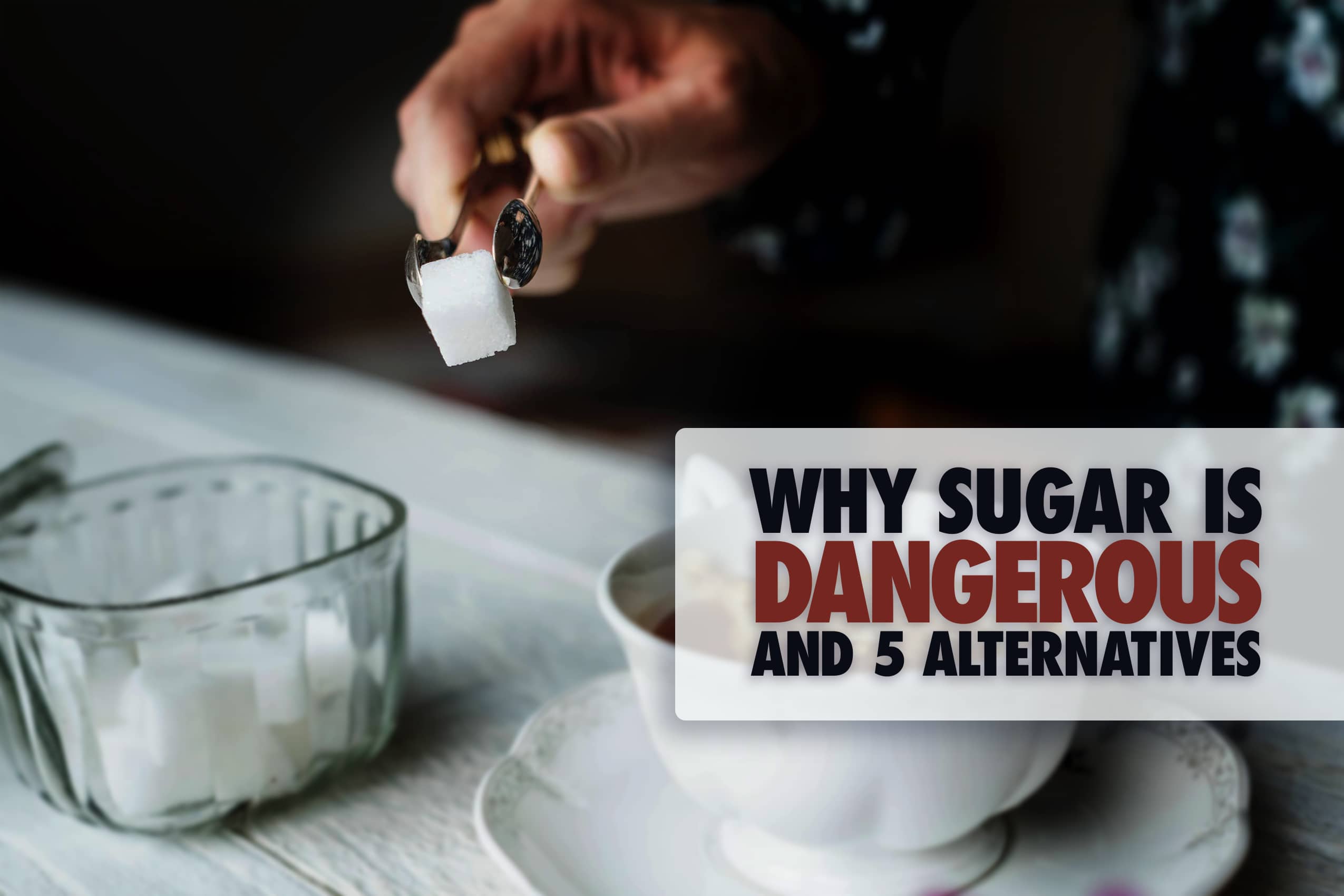 From a can of coke to a bowl of cereal, refined sugar is almost everywhere. But do we need refined sugar to function properly or is it rather a dangerous thing to consume?

Sugar simply is empty calories and does not contain any nutritional value, vitamins, minerals, proteins or essential amino acids.
Professor of Pediatric endocrinology at the University in San Francisco, Robert Lustig in an interview claimed how children who rarely or never drank alcohol but consumed a lot of sugar ended up having fatty liver. Furthermore, Lustig stated how fructose (sugar) and alcohol cause similar metabolism havoc and toxicity in the liver.

Here are some of the reasons why you should avoid refined sugar:

Leptin is a hormone that signals our brain to stop eating after being full. Studies show how sugar can block the leptin levels in our body leading us to eat way more than we actually need. This can eventually lead to weight gain.

Advanced Glycation End-Products (AGEs) is a group of compounds formed when sugar reacts with amino acids. Research claims how consuming sugar accelerates AGEs in the body and damages the collagen production which is responsible for premature aging.

Studies show how food with high glycemic index raises the blood sugar levels instantaneously compared to food with low glycemic index such as vegetables. Food with refined sugar spikes the glycemic load much higher which has been proven to cause skin issues.

4. Can Lead to Cardiovascular Disease

A diet that is high in sugar has been proven to have three times the risk of death due to heart diseases despite the individual not being overweight. This paper reviews on the fact that despite fat and sugar both play their parts in causing cardiovascular diseases, the latter has been found to cause more harm.

5. Can Cause Memory Loss

A research done by Queensland University of Technology (QUT) found that indulging in sugary food increases the dopamine levels in our body the same way cocaine does. The research concluded that excessive amount of sugar eventually causes dopamine reduction in the long run which means higher levels of sugar must be consumed in order to satiate the daily dopamine levels.

Since sugar is highly addictive and does the body harm, here are some of the healthy alternatives to it:

Enriched with antioxidants, honey helps to fight cell damage. Phenolic compounds have been found to reduce the risk of coronary heart diseases and since honey is full of phenolic compounds, regular intake of honey can protect the heart health of the body. Flavonoids presented in honey can help reduce aging and degenerative process due to the abundance of antioxidants.

Stevia is a sugar substitute that is extracted from the plant “Stevia rebaudiana”. It has no calories and doesn’t raise blood sugar levels unlike refined sugar. The review paper “Stevia: it’s not just about calories” suggests that in addition to having zero calories, Stevia also has many medicinal and health benefits pointing to the conclusion that it is antiviral, anti-carcinogenic, anti-inflammatory and immune-stimulatory.

In spite of the sweetness that dates possess, these fruits belong in a low glycemic food group whilst being full of calcium, iron, potassium and zinc. Dates contain large amounts of phyto-chemicals that can reduce the risk of heart disease, lower the cholesterol levels and have neurons protecting abilities. Sweety Mathew, WCQ-project specialist in food, science and health explained “Dates are known to contain phytochemical such as flavonoids, carotenoids, polyphenols, phytoestrogens and sterols, all of which can have quite profound beneficial effects on human health”

This dried grape not just functions for the sweet tooth but also nourishes the body with essential minerals, aids in digestion and combats hair loss. Though it’s been traditionally believed that raisins can lead to dental problems, the new research shows that raisins do not adhere to the teeth long enough to promote cavities and may even help clear food particles from the teeth due to increase in saliva. Raisins have also been found to decrease the risk of having diabetes and heart diseases due to having no saturated fat or cholesterol while providing tons of antioxidants and minerals.

With all the deliciousness that these alternatives comprise of, it’s pretty easy to bid goodbye to refined sugar and say hello to a better health.

Five ways how intermittent fasting can transform your health completely

We often hear we must eat at least three times a day and that skipping breakfast is an extremely unhealthy... Read More...

High blood pressure: Six foods to avoid in your diet if you want to lower your reading

HIGH blood pressure, if left untreated, can increase your risk of serious problems such as heart attack and strokes, so... Read More...