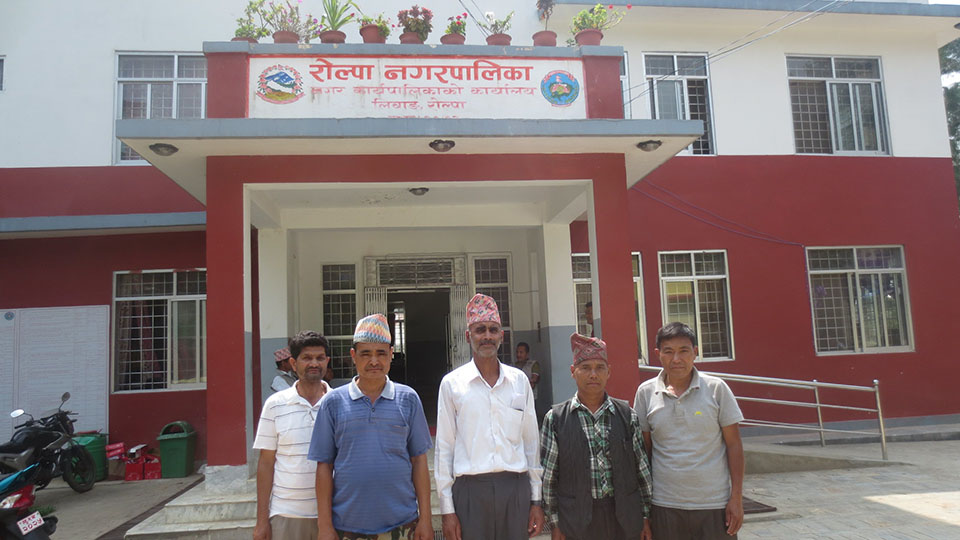 ROLPA, July 1: As many as five low-ranking government employees who were transferred to Rolpa Municipality from District Health Office have not been allowed to work.

“I came to Rolpa Municipality on June 7, 2019, with an official transfer document. But, we have not been allowed to work. We return home in the evening after staying in the office throughout the day”, said office assistant Meghraj Upadhyaya.

According to Rolpa Municipality, it has not welcomed those five low-ranking government employees since there are not vacant positions.

“We accepted two permanent low-ranking employees some months back. We already have old office assistants. Therefore, we could not accept those five office assistants who came to our municipality with an official transfer document given by District Health Office”, informed Chief Administrative Officer at Rolpa Municipality, Sabitra Pun.

Locals rejoice as health facilities are extended in villages in Banke

NEPALGUNJ, Dec 3: Sita Tharu, 41, looks quite happy these days. Like others in her Baijapur village of Raptisonari Rural... Read More...

Rolpa records over 50 per cent homebirths

ROLPA, March 19: Over 50 per cent births in Rolpa still take place at home, though the government has implemented... Read More...

Overcrowded district jail at risk of infectious diseases
3 minutes ago

Madhav Nepal is not on right path: Bagmati CM Shakya
29 minutes ago
Current govt is an alliance of greedy sinners: Rayamajhi
56 minutes ago