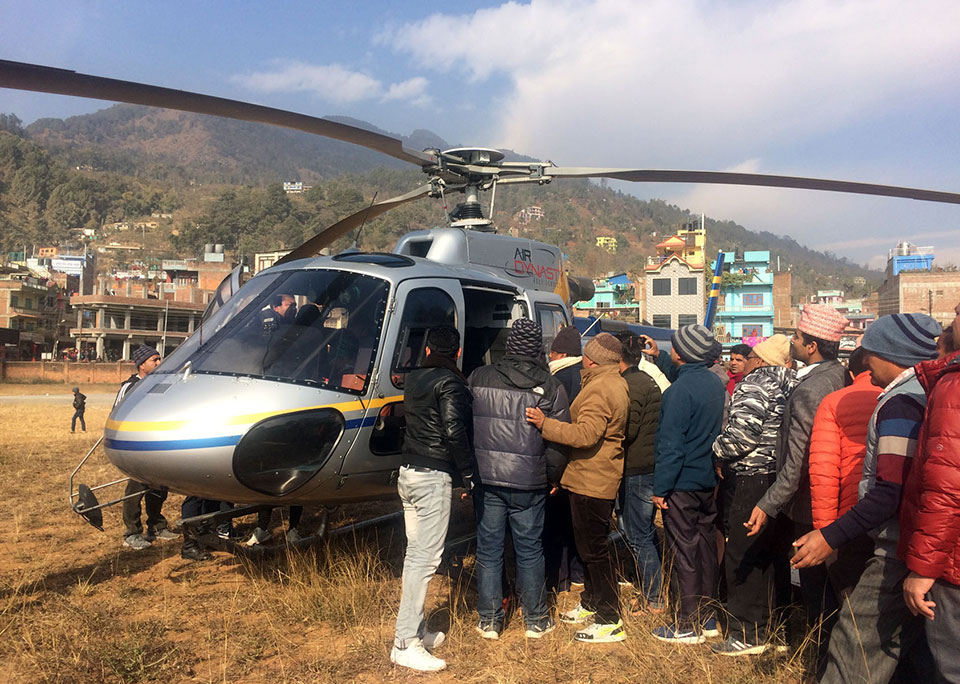 POKHARA, Jan 17: Five among those killed in the Parbat bus mishap have been identified.

A passenger bus skidded off the road and fell some 70 meters into the Kaligandaki River at Maldhunga of Kushma Municipality-1 in Parbat district, killing at least seven people and injuring other 30. The ill-fated bus, Ga 1 Kha 6108, was heading toward Narayangadh from Beni when the accident took place.

PARBAT, April 6: Construction of a new trekking route to the popular tourist destination of Ghodepani from Ambot of Parbat... Read More...

PARBAT, March 31: The District Administration Office, Parbat has established a breastfeeding room within the premises of the DAO. The... Read More...