First round of stock picking competition held at KUSOM 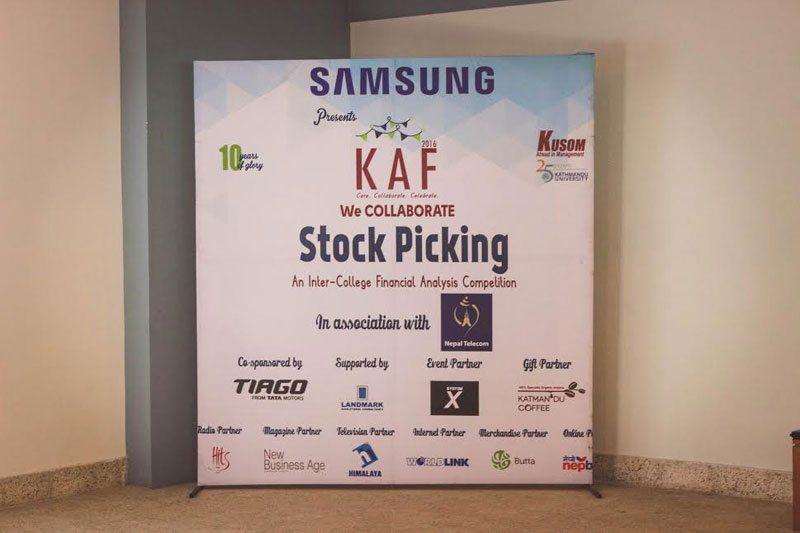 KATHMANDU, Dec 18: KUSOM Annual Festival 2016 “We Collaborate team” successfully conducted its first round of Stock Picking: An Inter College Financial Analysis Competition held on 18th September in the KUSOM premise. Stock Picking provided platform to students from different colleges including School of Management Tribhuwan University, DAV College of Management, Kathmandu University School of Management, The British College, Nepal Commerce Campus, Kathmandu College of Management, King’s College and Kathmandu Model College to share their school of thoughts in the financial markets. With the valuable opinion and feedback from the panel of judges comprising of Mr. Bihan Rana, Mr. Toran Thapa and Mr. Shreyas Koirala from SMTM Capital Pvt. Ltd., the effectiveness of the competition was raised to another level.

With the collaboration of 13 teams, the event was conducted to present a brief analysis about the stock of respective companies picked by the teams. They had included fundamental as well as technical analysis of the companies in their presentation which was facilitated by the software “System X” developed by SMTM Capital Pvt. Ltd. Following the presentation, the new perspectives and opinions presented by the judges played crucial role in improving and motivating participants to do their further analysis.

Every team presented their level best, however according to the code of competition top 7 teams will qualify to the grand finale which is going to be held on 23rd December, 2016 to set the standard of this event to another level with their further analysis and their performance in Stock Picking. The grand finale will be judged by the panel of experts comprising of Mr. Pravin Raman Parajuli (CEO of NABIL Investment Banking), Mr. Mekh Thapa (General Manager of NIBL Capital), Mr. Dhruba Timilsina (CEO of Siddhartha Capital), Mr. Deepesh Vaidya (Managing Director of Kriti Capital), Mr. Niranajan Phuyal (Acting Deputy Manager of NEPSE) and Mr. Bhakti Ram Ghimire (Broker # 45, Imperial Securities). The event will be honoured by the presence of Dr. Rewat Bahadur Karki, Chairman of SEBON as our chief guest.

The event will commence from 10 am in the KUSOM premise and the winning team will bag away the prizes worth rupees 50,000. KUSOM Annual Festival 2016, an annual flagship event of KUSOM, is presented by Samsung, in association with Nepal Telecom, co-sponsored by TATA Tiago and supported by Landmark Education. 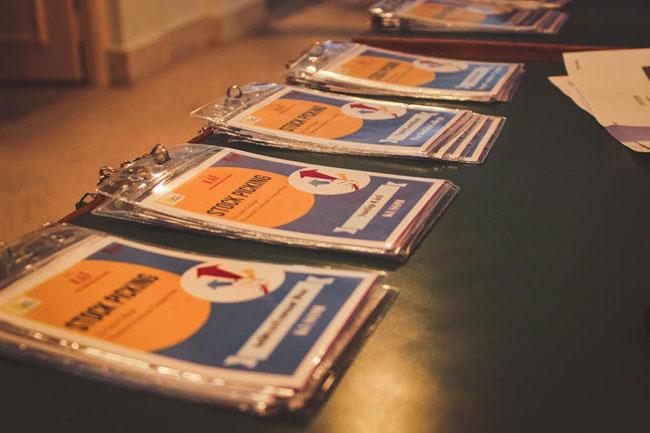 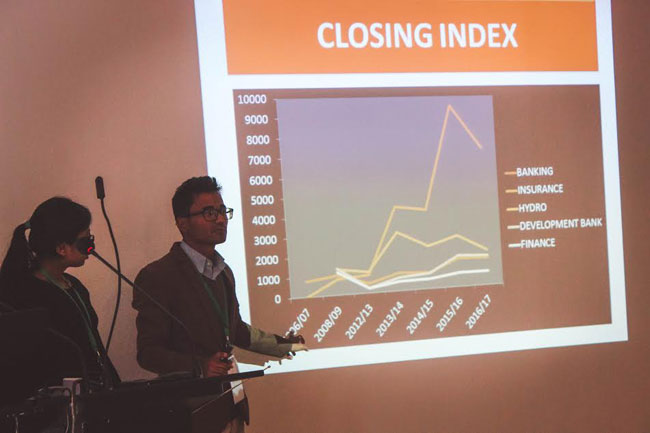