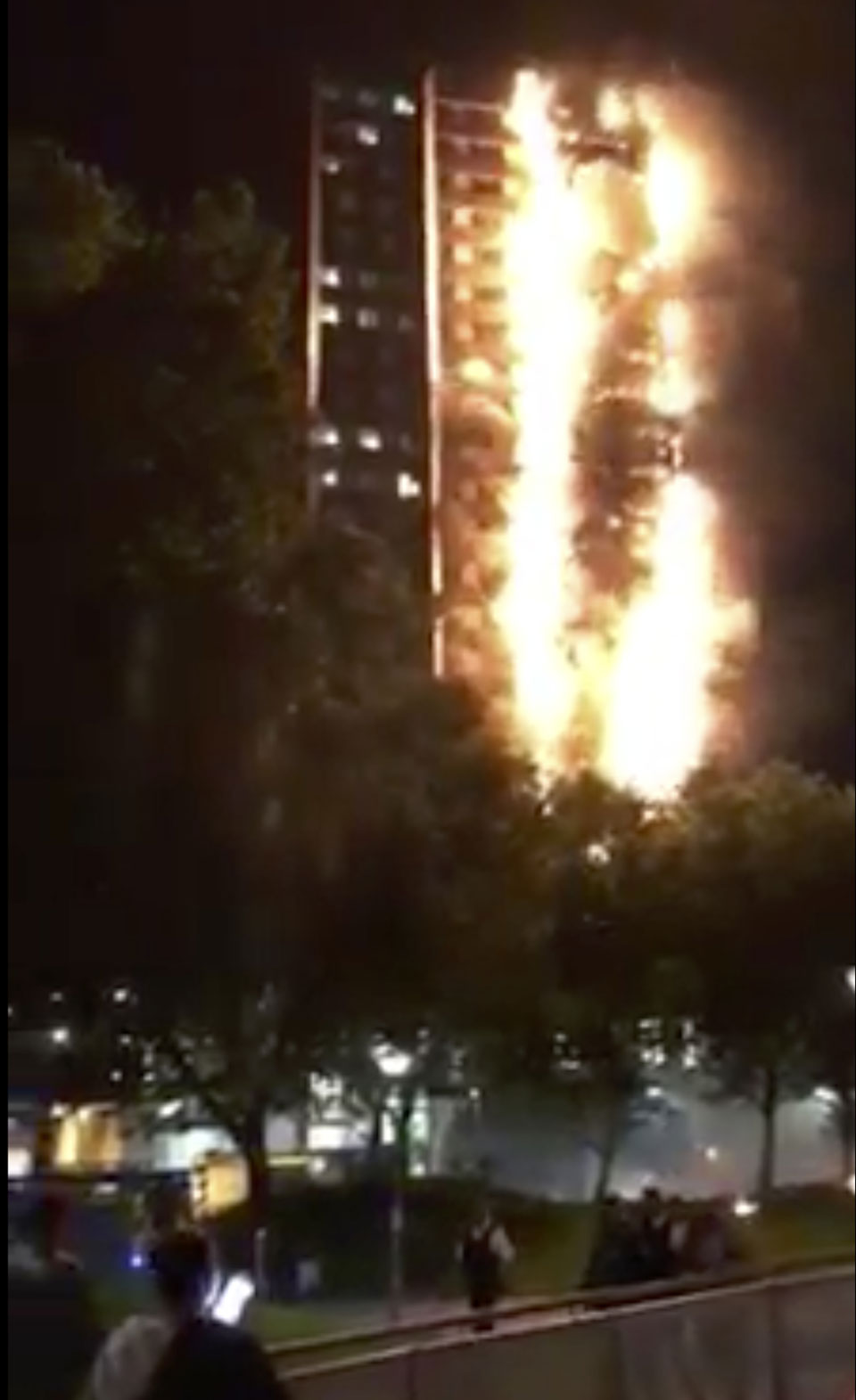 London's Metropolitan Police said a number of people were being treated for a range of injuries, but did not provide more specifics. London Mayor Sadiq Khan said on Twitter that a major incident had been declared.

Flames and smoke were still shooting from the windows of the Grenfell Tower in North Kensington more than four hours after the blaze started around 1 a.m. London time. It was not clear if there were residents trapped, but people at the scene spoke of not being able to reach friends and family who had been inside.

Nassima Boutrig, who lives opposite the building, said she was awakened by sirens and smoke so thick that it filled her home as well.

"We saw the people screaming," she said. "A lot of people said 'Help, help, help.' The fire brigade could only help downstairs. It was fire up, up, up. They couldn't stop the fire."

Boutrig said her friend's brother, wife and children lived in the building and that her friend was waiting to find out if they were OK.

The London Fire Brigade said 45 fire engines and 200 firefighters were called to the scene and Assistant Fire Commissioner Dan Daly said it was a large and very serious incident.

"Firefighters wearing breathing apparatus are working extremely hard in very difficult conditions to tackle this fire," he said in a post on the brigade's Facebook page.

Once the sun rose, smoke could be seen from miles away.

George Clarke, the presenter of "Amazing Spaces," told Radio 5 Live he was covered in ash even though he was 100 meters (yards) from the scene.

He said he saw people waving flashlights from the top levels of the building and saw rescuers "doing an incredible job" trying to get people out.

Tim Downie, who lives not far away, told Britain's Press Association that he feared the building could collapse. He said he heard sirens, helicopters and shouting and then saw the building engulfed in flames.

"It's the most terrifying thing I've ever seen. I just hope they have got everyone out," he said. "People have been bringing water, clothes, anything they've got to help, out to the cordon."