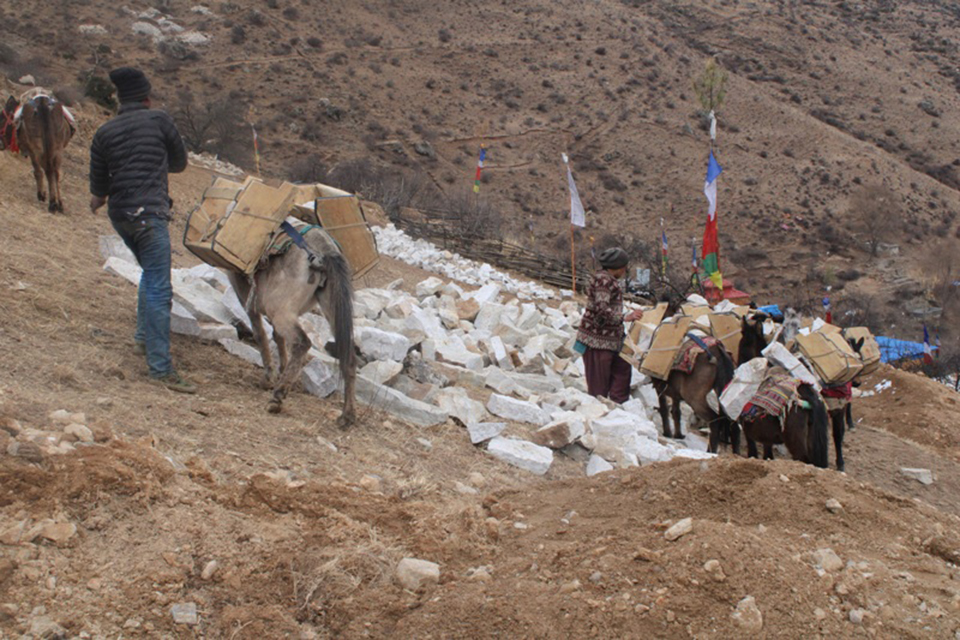 MUGU, March 3: The fire victims of Mugum Karmarong Rural Municipality-4, who were rendered homeless by the destructive fire of May 3, 2018, have accused the government of neglecting them.

Altogether 19 families of Kimri had lost their shelter in the fire. Though the government provided them some immediate relief, no efforts have been taken for their rehabilitation even after months. The victims have received consolation and promises from several leaders but none of them have actually delivered on their promises, according to fire victim Jhiktol Lama.

According to them, they have been treated as the citizens of another nation. Chhirring Kyapne Lama, chairperson of Mugum Karmarong, stated that the fire victims were provided with immediate relief from various organizations but the provincial government has not paid any heed to their rehabilitation.

He says the government has not made any effort for the rehabilitation of the fire victims despite being requested for the same several times. As Chief Minister Mahendra Bahadur Shahi was elected from Kalikot, the fire victims of Kimri have accused him of being discriminatory, as he took no time to rehabilitate the victims of Khada village of Kalikot.