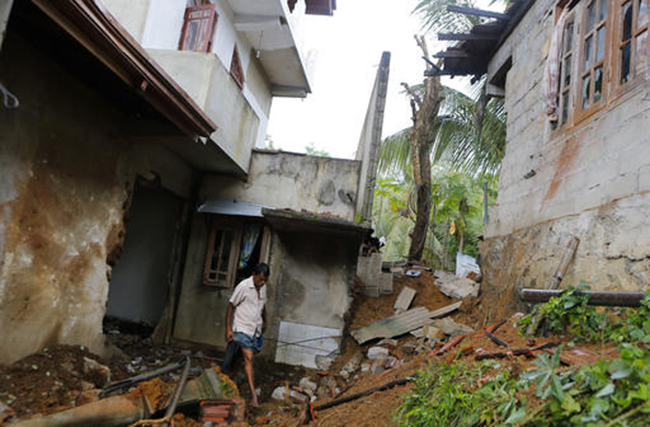 COLOMBO, SRI LANKA, June 6: A fire broke out at an army camp near Sri Lanka's capital, setting off explosions and killing one soldier before the flames were put out, officials said Monday.

It was not immediately clear what caused the fire Sunday night at the Salawa army camp, about 35 kilometers (22 miles) east of the capital, Colombo.

Soldiers managed to douse the flames, but small blasts were still erupting and were expected to continue through Monday at an ammunition depot at the camp, military spokesman Brig. Jayanath Jayaweera said, adding that the explosions posed no threat.

One soldier was killed and eight were injured, according to Health Ministry spokesman Nipuna Ekanayake. He said 39 other people were treated at a hospital for smoke inhalation before being released.

Thousands of nearby residents who were evacuated from a 5-kilometer (3-mile) radius around the site Sunday night were being allowed to return to their homes Monday morning, except within a kilometer (half a mile) from the camp, which soldiers have yet to declare safe.

Minister of Law and Order Sagala Ratnayake said the fire started at a small arms depot and then spread to other depots where heavy weapons, such as artillery shells, were stored.

Pokhara Regional Int'l Airport to come into operation from January 1, 2023
15 hours ago

Women in drug trafficking
3 hours ago

Alliance is not necessary for Nepal’s development and prosperity: UML General Secy Pokharel
4 hours ago