1 killed, 2 injured as fire breaks out at mechanical workshop in Tripureshwor 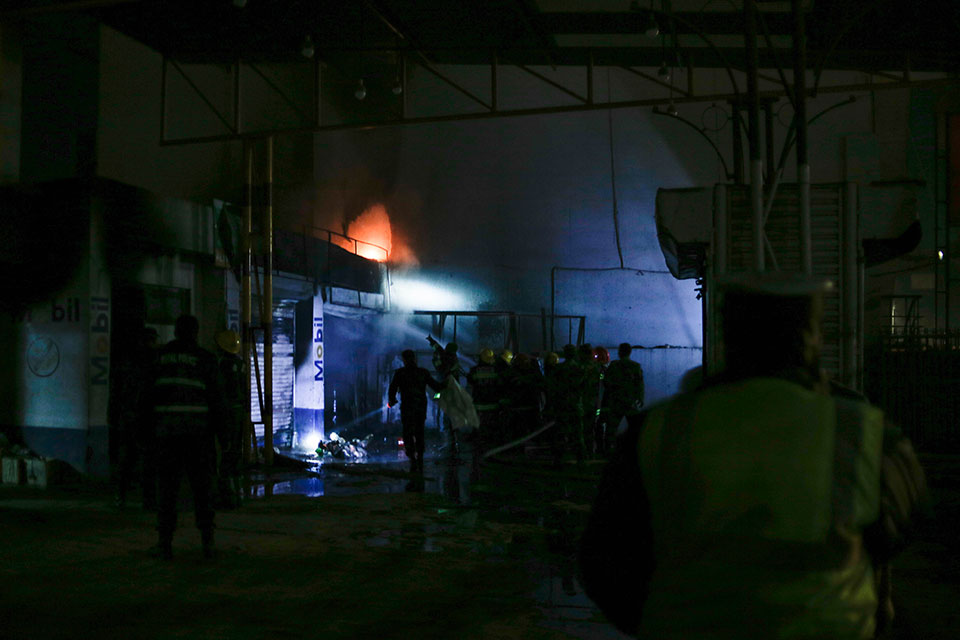 KATHAMANDU, Nov 9: A man was killed while two others sustained injuries as fire broke out at Alammiya Mechanical Workshop near Dasharath Stadium in the capital on Thursday evening.

According to ASI Dhan Bahadur Tamang of Metropolitan Police Circle, Kalimati, deceased has been identified as 20-year-old Mulayem Miya of Kalaiya-3 of Bara district.

Similarly those injured in the incident are Muslim Miya, 25 and Adida Ansari, 12, of Kalaiya of Bara district.

The dead body has been taken to TU Teaching Hospital, Maharajgunj for postmortem while the injured are undergoing treatment at Trauma Center.

According to Metropolitan Police Circle, Kalimati, property worth around Rs 4 million was damage in the fire.

Police had used fire engines from Lalitpur, Basantapur and Nepal Army to contain the fire. The fire has been taken under control.

The cause behind the fire is still unknown.

JHAPA, Oct 27: A person was killed while 10 others sustained injuries as police opened fire on the agitators in... Read More...

Husband and wife trapped in river rescued
2 hours ago

I will try to fulfill my responsibilities with sincerity: Minister Jhankri
3 hours ago