Prem BK of Chingad Rural municipality undergoing treatment as he lays on the floor.

SURKHET, May 2: Prem BK of Chingad Rural Municipality in Surkhet district was admitted to Karnali Province COVID-19 Hospital a week ago. He needs four cylinders of oxygen a day but is not getting as much as he needs. Kamala, his sister-in-law, who is taking care of him, is trying desperately to manage oxygen for him, “Everyone reaches out to grab oxygen cylinders as soon as they are taken out of the vehicle,” Kamala said. “His health is further deteriorating due to the lack of medical oxygen,” she added.

The number of infected patients at the hospital is surging every day. The demand for oxygen from the patients has not been met despite the hospital supplying some amount from the private hospitals and clinics. Doctors warn that the patients will die due to the lack of oxygen if the authorities fail to make adequate supply in the next two or three days.

As many as 50 corona patients are undergoing treatment at the Surkhet-based hospital which needs at least 100 to 200 cylinders of oxygen a day. The contagious disease has spread to the communities due to which 10 to 15 people arrive at the hospital on a daily basis. According to the hospital’s coronavirus focal person Dr KN Poudel, up to 120 cylinders of oxygen are brought in from Nepalgunj everyday. “However, more than 200 oxygen cylinders are needed in a day,” he added.

As stated by Dr Poudel, the number of infections is increasing at a scary rate. “If the situation continues for a day or two, patients will die because of the lack of oxygen,” he said. “The authorities concerned need to pay attention to this,”  Dr Poudel added.

Only 10 oxygen cylinders can be filled up in 24 hours at the province’s only oxygen plant. About 15 to 16 beds can be supplied oxygen through pipelines. According to the officials, a new oxygen plant is being built, which will supply oxygen to10 to 15 beds.

According to Dr Navraj KC of Karnali Province Hospital, observing social ceremonies such as weddings should be strictly prohibited to contain the spread of the disease. “Three patients who died in the last two days, had attended the same wedding ceremony,” he said.  He also stated that about 80 to 100 people who attended the wedding are infected by the coronavirus, out of which 3 people have died. 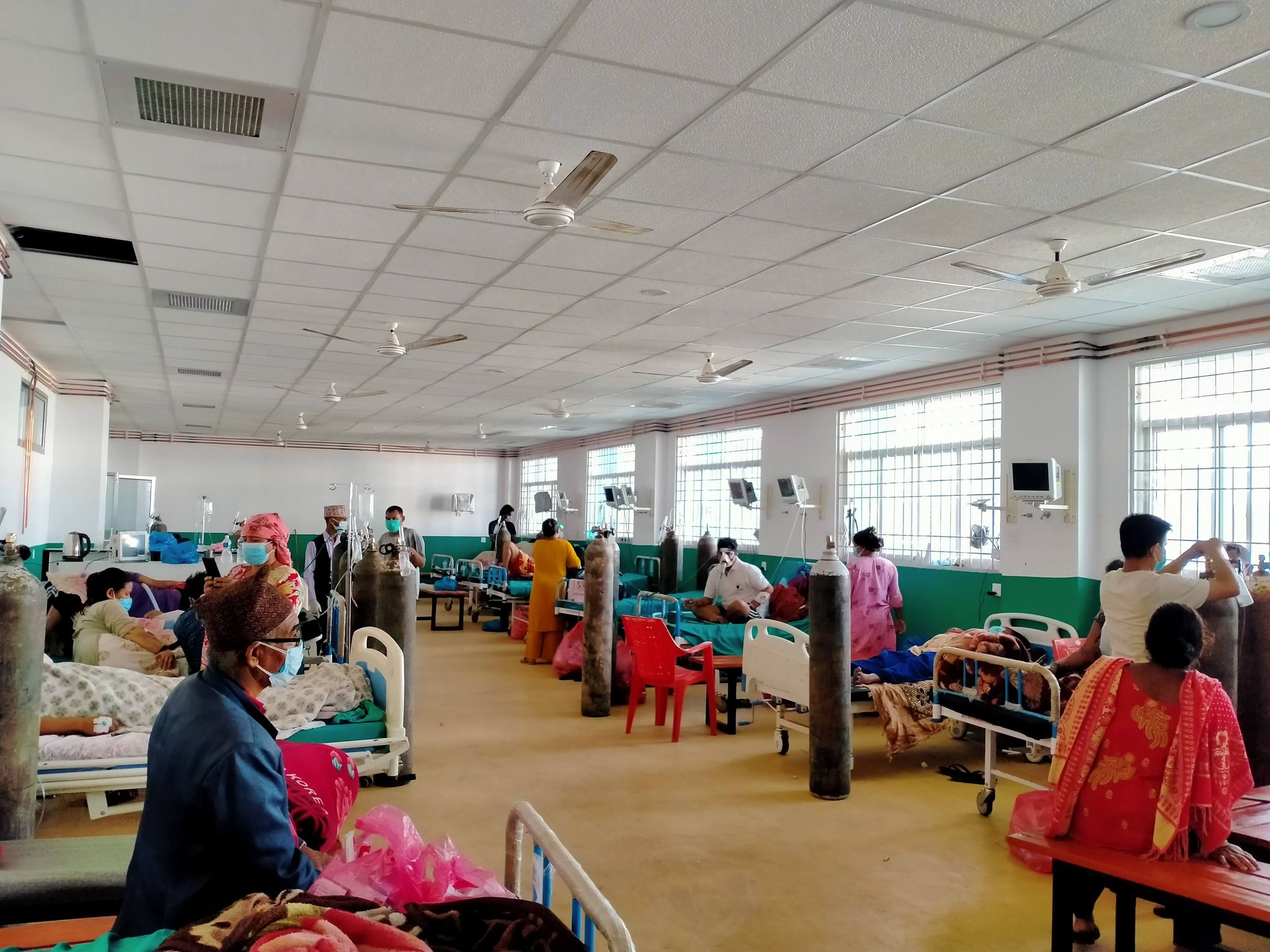 BUTWAL, May 7: An elected representative of local government in Butwal has died of COVID-19 as he was forced to... Read More...

BIRENDRANAGAR, March 30: As the country is already in the seventh day of nationwide lockdown enforced by the government, capital... Read More...