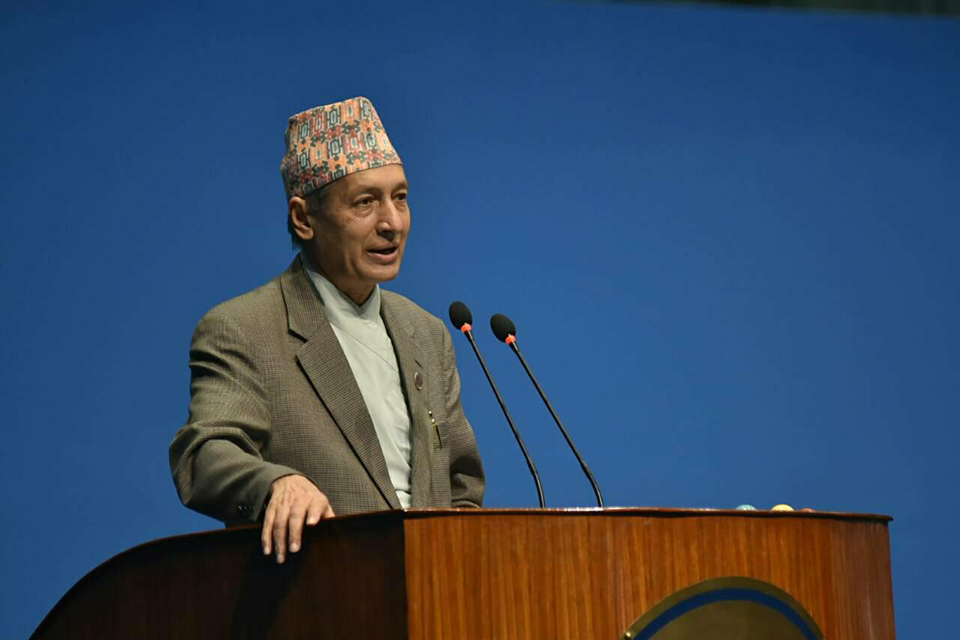 Addressing a programme at Maryland in the United States on Sunday, Minister Khatiwada called for investments from Non-Resident Nepalis (NRNs).

"Come up with the property, technology, skills and labour you have gained so far while residing in the foreign land and make investment in the home country. We are ready to cooperate with you", Dr Khatiwada said, adding that, "We are iin the campaign of building our country prosperous so we are enabling an environment in which investors can bring back their profit after paying off taxes".

The government is adopting one-door policy and easing the registration of company to attract investors to flow their investments in Nepal, he added.

He further said that the government was trying to ascend to the final step of socialism and it was insane to think that State has adopted the goal of state-controlled economy.

"Being based on the principles of social justice, we are seeking contributions of educated, skilled and healthy citizens to production and labour".

Finance Minister Khatiwada, who has come to the US to attend a meeting the World Bank on strategic partnership, asserted that environment whould be enabled in a way that no Nepali people need to go abroad for employment within 10 years.

He said that he would urge the donor agencies and organizations across the globe to becme agent of prosperity of Nepal.  RSS

KATHMANDU, Oct 8: Minister for Foreign Affairs Dr Prakash Sharan Mahat has urged the Nepalis all over the world to... Read More...