Fighting for a sense of belonging 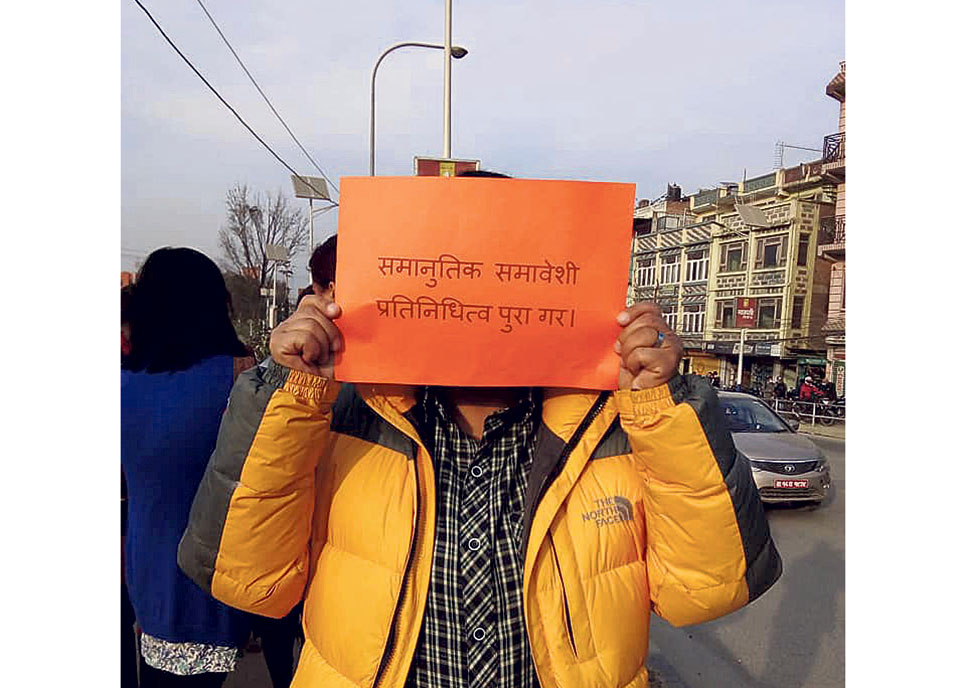 A simple Google search on the most LGBTQ+ friendly countries in Asia lists Nepal among the top ten. And it shows Nepal as a country that has had a committee established on the orders of the Supreme Court to draft gender inclusive laws a decade before the LGBTQ+ movement gained any traction worldwide. Same sex marriage, as many online articles state, is legal in Nepal and that it’s the first South Asian country to decriminalize same sex activities. Tourist guides too paint a similar picture. Trekking Team Group is a tour operator in Nepal that not only organizes tour packages for the other sex but employs them too.

Add to this the fact that Nepal hosted the first South Asian LGBT sports (organized by the Blue Diamond Society) in the year 2012. The event attracted the attention of international media and saw a participation of 300 athletes from 30 countries, with Nepali athletes making up one third of the sportsmen. Also, in the year 2011, Nepal made headlines as the first country to include a third gender on its federal census. It all looks good on reports and listings but the reality couldn’t have been further from the truth.

Rukshana Kapali attests to this. A 19-year-old transexual activist, Rukshana is outspoken about issues concerning the rights of her community and has been involved in several negotiations and appeals regarding them. “As a child I was shamed for being who I am. I attended a school in Patan and the students at school were ruthless. They would throw their worn socks and shoes at me and call me the most horrible of names. My principal at school too added fuel to the fire. He would openly criticize my behavior before students and that aggravated the taunting even more,” she recalls.

At home, the story wasn’t all too different. Her relatives would suggest that she be locked up in a room and starved for days on end. They thought this would cure her. Although her mother showed her great kindness all throughout, her father came around to accepting her as she is only recently. Rukshana recollects her childhood as a stressful time when she was confused and mentally exhausted all the time.
The narrative is the same for many like her. Just like Rukshana, makeup artist Neelam Paudel too had her own share of troubles. Born to parents who never had a year of formal education, Neelam was one of their eight children. Her birth assigned gender was male but she realized very early on in life that she wasn’t who she was born to be. She could never be comfortable in male garments and preferred the company of girls when growing up. She ‘came out’ (as is the referral term for disclosure of sexual orientation) on a live interview and that is how her family and friends learnt of her orientation.

“People walking down the streets publicly began calling me names and encouraged children to do the same. Not only were they unkind, they even encouraged small kids to treat me badly,” she says adding that they often did and that it hurt her no end.

Here in Nepal, social derision for the LGBTQ+ is a fate they have had to deal with because ours is a heteronormative society. However, this is in contradiction to the religious teachings that have dictated our societal norms for centuries. Hinduism acknowledges transsexuality, as in the Mahabharata with Shikhandi and in the Ramayana as Lord Rama’s most faithful followers who stood vigil for him in the outskirts of the forest in Ayodhya for 14 years. Ardhanarishvara (the Lord Who is Half Woman), the androgynous composite forms of Lord Shiva and Goddess Parvati, is celebrated as equalizer of Shakti and Shiva. Kamasutra, the ancient Sanskrit text lets various mentions of the same sex activities and attributes it to being natural.

But despite all that, things have never been easy for the 300,000 plus populous of the LGBTQ+ community. To add insult to injury, all legal allowances haven’t been achieved. On December 21, 2007, the Supreme Court of Nepal declared a landmark verdict in recognition of LGBTI rights and in favor of ending all discriminatory practices against them. This came after a nearly a decade long struggle. The Supreme Court had, on various accounts, prior to the 2007 verdict, maintained that heterosexuality in Nepal was never a criminal offence. The verdict focused on three points. One, that all discriminatory acts against them be stopped. Two, officially recognize a separate gender category (making Nepal one of the only countries to do so then). And three, appoint a committee to work on the legalization of same-sex marriage.

Said committee comprised of sociologists, advocates, officials from the Nepal Police, representatives from the Ministry of Health, Ministry of Population and Environment, Ministry of Law, Justice and Parliamentary Affairs and the Human Rights Commission. The committee also traveled to Norway to learn and assimilate the international decorum for LGBTQ+ rights. Upon return, a nationwide sampling inquired into the numbers of the community and the requirements of each. The responses were enthusiastic and positive.

By 2015, a third gender category appeared on immigration forms, voter rolls, and passports. However, the legal vernacular adopted still neglects acknowledgment of the wide spectrum that is the LGBTQ+ committee. “A gender trinary is another rigid system that doesn’t take into account gender fluidity, intersexuality, and transsexuality,” argues Rukshana. Also, same sex marriage has never been given legal recognition despite there being a law that allows it.

Badri Pun, chairman of Inclusive Forum Nepal (IFN), explains that their repeated appeals on the matter have gone unheeded. The issue that was assigned to the Ministry of Home Affairs was passed down to the Ministry of Women, Children and Social Welfare and then shelved for years. “We inquired about the delay. They told us they had yet to send in requests to the cabinet and hold a meeting. It’s been 11 years now,” says Pun.

For Pun and others like him, it isn’t just a matter of advocacy for the right, their entire lives depends on it. “Your own families turn against you and lodge complaints with the police. But legal acknowledgement and the right to same sex marriage could make things a lot easy for us,” he adds. The fight, he says, is still ongoing.

This scribe also spoke to the spokesperson of Ministry of Women, Children and Social Welfare, Rajendra Kumar Paudel, but he maintained that he has no knowledge of the appeals and that the issue is “too old” to be recalled.

Dhruva Dia Maijadh Yonzan (Dia, who prefers the pronoun ‘they’) is a 22-year-old Bachelors graduate who identifies as genderqueer. For their Bachelor’s thesis Dia wrote about “Understanding Sexual Orientation and Gender Identity:  Intersectionality within the Queer Community of Nepal.” Dia says that LGBTQ+ has only been moderately tolerated by our society and never completely accepted.

“I understand that right entrusting isn’t a single day’s affair and that something as complex as this needs harmonization with various other laws. But a lot of time has passed since then. The government doesn’t prioritize our needs. People think that our sexuality is a lifestyle choice, a luxury,” says Dia. They further add that the lawmakers have never attempted to understand the diversity of the LGBTQ+ community.

Dia leads a Queer Human library with one of their queer friends from Zurich. Through the library, they hope to disseminate knowledge on gender queerness/fluidity and allow for queer visibility. “The cause to all problems is people’s ignorance. Educating the masses is necessary. Understanding that lesbianism, gayism, bisexuality, transsexuality, intersexuality, and queerness are wholly different to one another is imperative. Once you learn of this, you won’t treat a guy wearing a pink sweater and with long nails as a nuisance. You will learn to accept it as naturally as you accept a girl with similar clothing,” explains Dia.

Homosexuality was never heavily criminalized in Nepal as it was in India and Pakistan, although there have been numerous cases of assaults and unwarranted arrests. Biases against the LGBTQ+ still exist. All the taunts and insults Rukshana and Neelam had to put up with is something that every person who doesn’t tick the male or female box in a form goes through even today, despite Nepal being portrayed as a country that’s made so much progress in the quest of a gender neutral society. 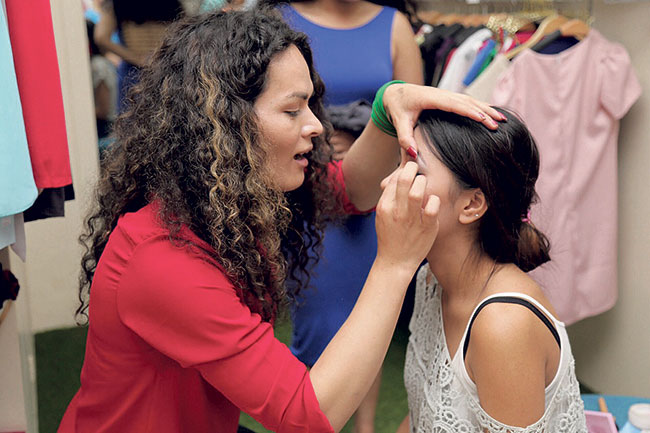