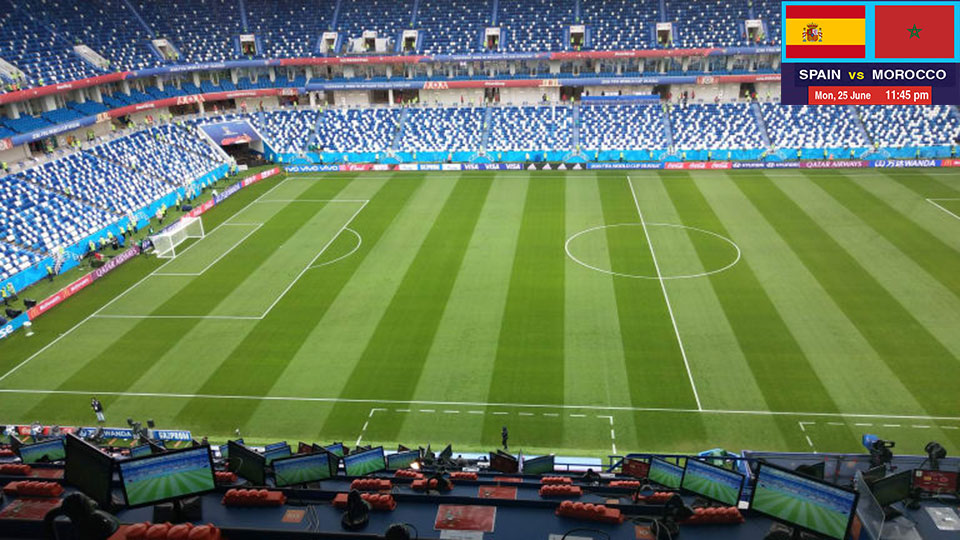 Spain and Morocco will have different aims when they meet in Kaliningrad on Monday 25 June, in what will be each team's final Group B fixture. La Roja are intent on getting a result to seal a spot in the Round of 16 without depending on the outcome of the other game between IR Iran and Portugal, while the already-eliminated Atlas Lions are out to salvage some pride.

Fernando Hierro's side are heavy favourites on paper, and although they were troubled by Iran last time out, they came through in the end to extend their remarkable unbeaten streak. Spain have now gone 22 games without tasting defeat since succumbing to Italy in the last 16 at UEFA EURO 2016.

On the other hand, despite two creditable displays, Morocco have recorded back-to-back defeats at this World Cup. Their aim is to avoid an unwanted hat-trick or, at the very least, to get on the scoresheet – something they have yet to do – so that they do not suffer the ignominy of going home without a goal to their name. The last time a team failed to score in all three of their group games was back in 2010 when both Algeria and Honduras went home with a zero in the 'Goals For' column.

Team reporter analysis
It might seem like Spain have little at stake in this match against Morocco, since it would take an unlikely set of circumstances to keep them from reaching the knockout stage, but that is far from the case. Following the laboured victory over Iran, Fernando Hierro is expected to ring the changes. The coach could rest some of his midfielders, with the wingers slated to make way in particular, as he seeks the formula to pierce the opposition rearguard with more ease than La Roja did against Iran. Nevertheless, Spain are leaving nothing to chance. Ahead of this third game they have trained behind closed doors and the details of their game plan have been kept under wraps. - Antia Andre with Spain

Having been the first team knocked out of Russia 2018, Morocco are raring to bow out on a high against Spain. Despite having zero points and goals to show for their efforts so far, Herve Renard's men fancy their chances of getting a positive result against the 2010 world champions, given their fine performance against Portugal, and the fact that key figures Nabil Dirar and Nordin Amrabat are available. The French coach has a full-strength squad to choose from: together, they can salvage a whole country's pride. - Zineb El Houari with Morocco

Did you know?
Morocco have only won two of their last 15 World Cup matches. However, those two victories both came in their final group games: a 3-1 success against Portugal in 1986 and a 3-0 victory over Scotland in 1998. 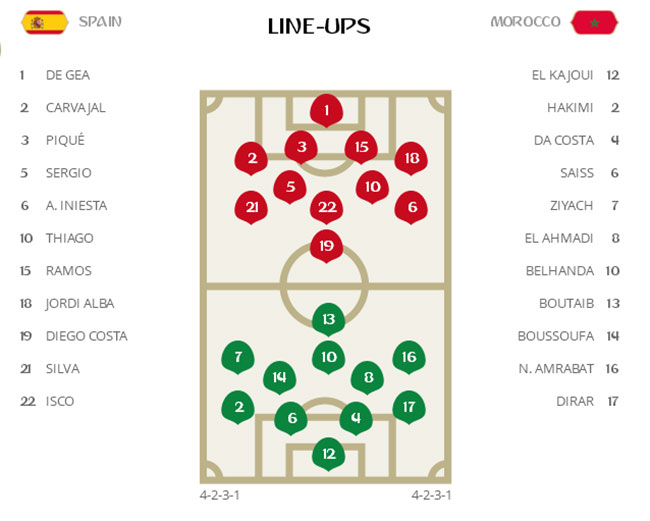