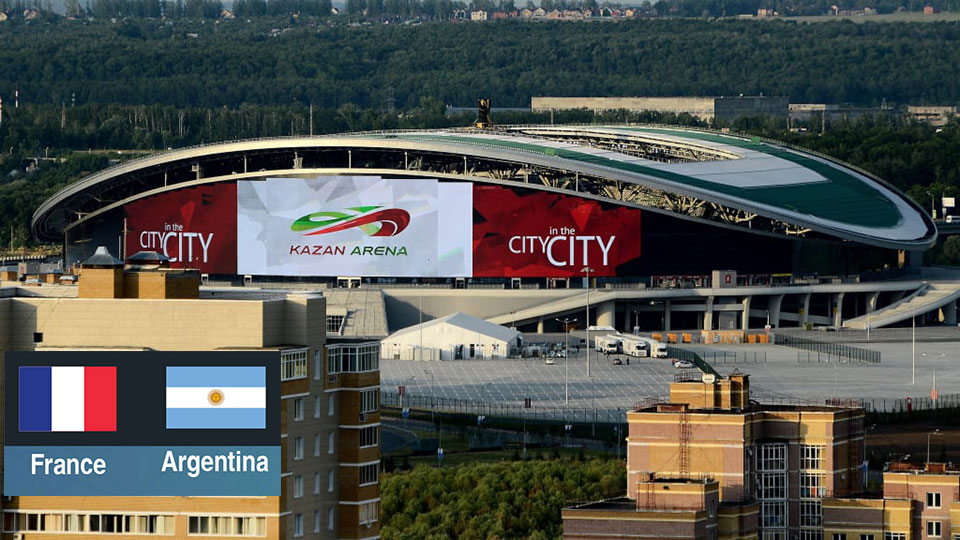 The knockout stages of the 2018 FIFA World Cup Russia begin on Saturday, with France and Argentina set to meet in Kazan for the first Round of 16 encounter. These two heavyweights of international football are always among the favourites to lift the Trophy, and boast of some of the game’s biggest superstars, from Paul Pogba and Antoine Griezmann to Lionel Messi and Angel Di Maria. It is a duel to warm the hearts of every devotee of the beautiful game.

L’Equipe Tricolore navigated their way out of the group stages with two wins and a draw. While Didier Deschamps’ star-studded squad have not yet faced a truly challenging test, they have certainly not dazzled either. The 1998 world champions will have to step things up at least one more gear. Will conserving energy and resting some of their biggest names in the last group match against Denmark work to France’s advantage? The Europeans seem to have the measure of South American teams, having gone eight FIFA World Cup™ matches unbeaten against these sides – but the last nation to defeat Les Bleus in the competition in 1978 was Argentina – who else?

Having finished as runners-up at Brazil 2014, La Albiceleste narrowly avoided suffering the same fate as reigning champions Germany in the group stages. The tournament now begins in earnest for the two-time World Cup winners. A tough start to the competition could be exactly the motivation the South Americans need to raise their game against better teams and harness their immense attacking potential, which centres around Lionel Messi. Argentina have emerged victorious from both of the pair’s two previous World Cup meetings, ultimately reaching the Final on both occasions.

Team reporter analysis
This will be the first true test for France, who have yet to hit their stride at this World Cup. While Les Bleus seem relaxed here in Istra and insist that they are preparing for “a normal match”, there is no doubt that the tension is rising. One Argentinian is the subject of every discussion and question from journalists – can you guess who? - Adrien Gingold, France

Argentina found answers when it mattered to edge their way into the knockout stage. Now France seems to be the perfect rival to test whether La Albiceleste is back for good or not. Jorge Sampaoli might start the same 11 for the first time since he took the reins, which would indicate how much he liked the performance against Nigeria. The Argentinians will need to control the pace of the game against a young, athletic and very talented French team. - Diego Zandrino, Argentina

Did you know?
757 - France have not conceded a goal in their last seven World Cup matches (757 minutes) against South American opposition. The last man from this continent to score against Les Bleus was Brazil’s Careca back in 1986. 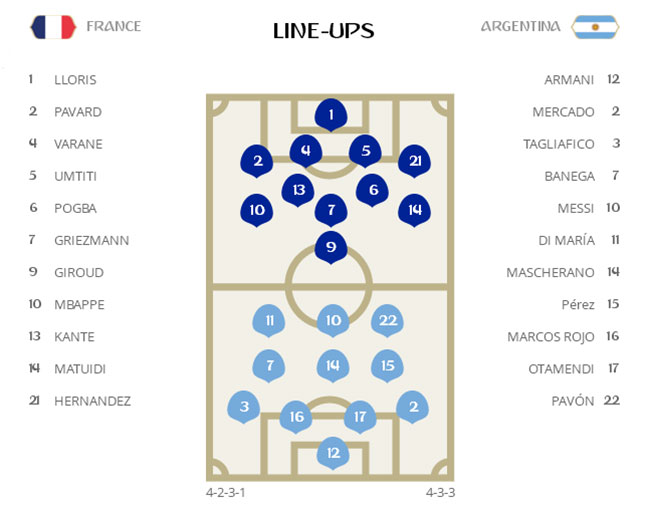