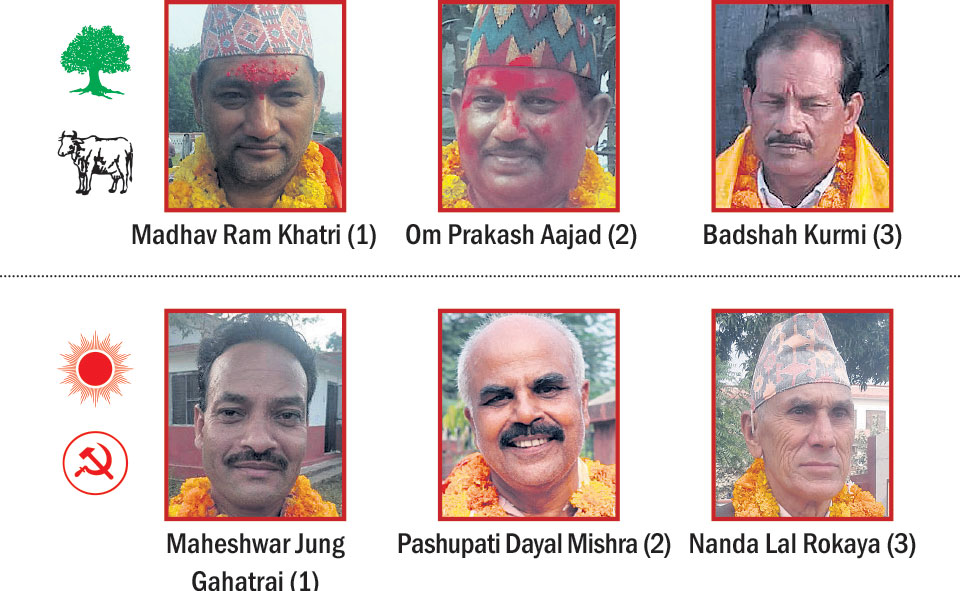 NEPALGUNJ, Nov 23: With the upcoming elections now just a few days away, poll fever has also caught up Banke district, which is considered as the main trade-hub of western Nepal.

The district has three constituencies. However, elections in constituency-2 will be watched with more keen interest as Nepalgunj Sub-metropolitan City - an important economic zone - falls in that constituency.

The city is known to have a large number of swing voters. As a result, the outcome of the poll is very difficult to predict. Nobody can say for sure which of the major parties would emerge victorious in the elections.

Candidates representing various parties are working hard to lure the voters as the election date approaches. Their strategy to win the elections has been to steal votes of the other parties by convincing disgruntled cadres and voters to support their cause.

Constituency-2 has been the election battleground of late prime minister Sushil Koirala of Nepali Congress (NC) since the 1991 elections. This time around, the ruling NC is without its own candidate as the party has decided to support Om Prakash Aajad of the ruling coalition partner Rastriya Prajatantra Party (RPP).

NC was forced to forge a 'democratic' alliance with RPP and other parties after its former ruling coalition partner CPN (Maoist Center) decided to form the left alliance with CPN-UML.

The left alliance is supporting Pashupati Dayal Mishra and other members of independent political groups contesting the elections with the symbol of 'sun'. On the other hand, prominent members of Federal Socialist Forum Nepal (FSFN) Mohammad Istayak Rai and Rastriya Janata Party Nepal (RJPN) leader Bijaya Kumar Gupta are also contesting in the same constituency.

In constituency-1 of the district, Madhav Ram Khatri of NC is representing the democratic alliance while his main opposition is Maoist Center leader Maheshwar Jung Gahataraj of the left alliance. Since the 1991 elections, NC has won elections in this constituency twice, while RPP, Maoist Center and UML each have won once.

“This is an area dominated by communist parties. So we are sure to win here,” said left candidate Gahatraj.

Likewise, the left alliance has fielded Krishna KC of Maoist Center in constituency 1 (a) for the provincial assembly polls. He would be up against NC's Sarad Chandra Barma of the democratic alliance. In constituency 1 (b), NC leader Narayan Prasad Gadel is contesting against UML leader Aarati Paudel.

NC has fielded Niranjan Singh Sijapati in provincial elections of constituency 2 (a). His main opponent is Maoist Center candidate Kamata Khatik. Likewise, Surendra Hamal of NC is contesting against UML leader Bijaya Gupta in constituency 2 (b).

Former lawmaker Badsha Kurmi of the democratic alliance is pitched against UML candidate Nanda Lal Rokaya in constituency-3. Likewise, the left alliance has fielded IP Kharel of Maoist Center while NC has given ticket to Chanta Ram Tharu in constituency 3 (a). Laxmi Narayan Shah of NC and Baburam Gautam of UML are confronting each other in constituency 3 (b).