Felt naked when my letters were made public: Kangana Ranaut 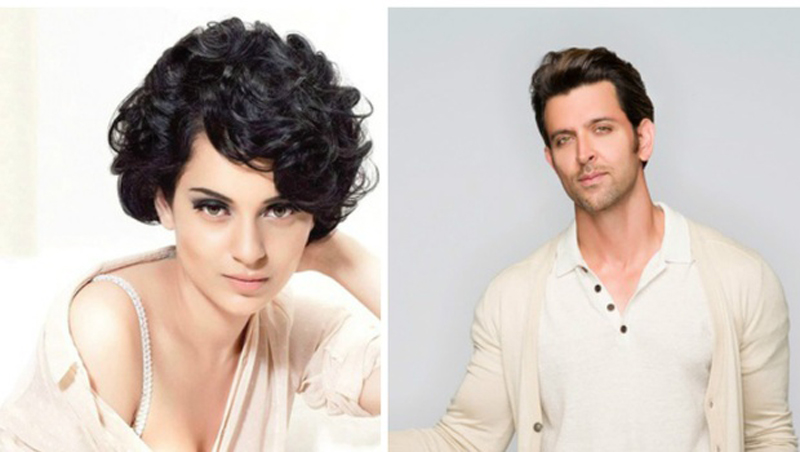 MUMBAI, Dec 18:  Actress Kangana Ranaut, who got involved in a legal battle with actor Hrithik Roshan earlier this year, spoke her heart out while sharing her "part of the story" of their alleged romance. She says that she felt naked when her letters were exposed and also that nobody understands what she feels as a woman during tough times.

While attending Reebok's first Fit To Fight Awards here on Friday night, Kangana hinted at Hrithik and said that she "felt extremely naked and vulnerable when the letters were exposed".

"The world knows me as an achiever. I think a lot of importance is given to the worldly achievements. But as a woman, the most favourite part of my personality is how I see myself as a lover. And if I am a fan of any aspect of my personality, it is my ability to love and stay in love even though my world or environment does not respond in the same way," Kangana said.

Kangana said: "There was this young girl in the mountains who had a lot of fire in her belly, extremely dreamy, impractical, naive and stubborn.

"This girl when she was 14, she saw picture of a man and fell in love with him. That picture led her to cross the oceans, landscapes, deserts and come to a place where she is standing with that man under the stars and this man kisses her and he says ‘I love you',"

"(Next) what happens is that the man says that this is not a normal girl. She is like a cub and the man gets scared of this woman. This is when the whole love story becomes a tragedy. The thing is I can't help it if I have a lot of fire in my belly," she added.

Kangana went on to criticise people who didn't think about her as a woman while talking about her.

"People have seen how I put up a strong front to fight but nobody has seen that side of me what I feel as a woman when I am subjected to that kind of brutality," she said.

Talking about the letters and mails which were exposed by Hrithik during the legal battle, Kangana said: "This speech is dedicated to the letters of a lover which were brutally exposed to the world.

"How did I feel as a human being? Every letter that you write to your lover holds a lot of vulnerability. You are exposing a part of your soul or yourself, not to the world, but to an individual."

"I felt extremely naked in front of the world. I cried for nights in my room and the worse is that most of it was not even the genuine stuff. People made fun of me. Even today I become the butt of jokes when I sit with my friends. But I never answered to that brutality with the same sort of spirit and I see myself as a winner there."

In the end, Kangana said: "One should not make fun of a woman's vulnerability and to embarrass her for her desires. As far as the letters are concerned, I have also gone ahead to tell my part of the story."

Issues between the two began when Kangna hinted at Hrithik being her "ex-boyfriend" when she said in an interview that she fails to understand "why exes do silly things to get your attention".

The actress lodged a legal complaint against Hrithik for "misusing" the confidential emails and photographs of the time when they were together.

Hrithik later filed a complaint with the cybercrime cell, claiming an imposter had been emailing Kangana from a bogus email ID, pretending to be him.