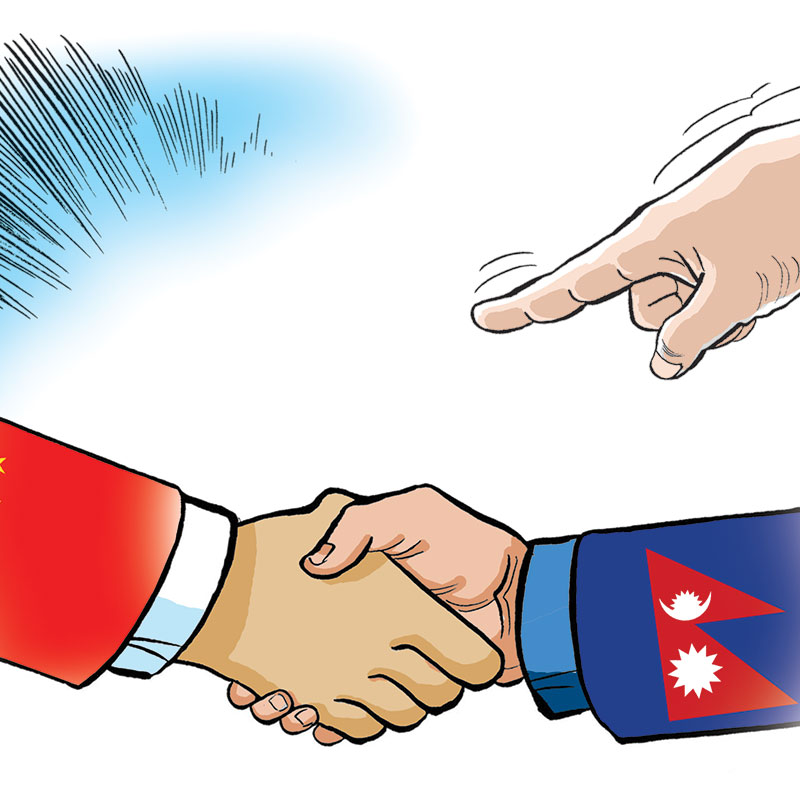 New Delhi should shed its old insecurities about China and learn to fearlessly share fruits of its economic development with its friends
These days everyone in India seems to be trying to sell you something. Enter a movie hall, and you are instantly accosted by a talkative sales agent peddling ‘completely free’ hotel and travel tickets. Come out of the hall and a small boy with a bundle of newspapers will invariably approach you, begging you to buy a copy so that he may eat. Go to a shopping mall and the salesperson will inform you of all the goodies you will be entitled to if only you agree to a lifetime membership. Indian newspapers and TV stations, likewise, are filled with adverts offering you, at heavy discounts, everything from new bungalows to second-hand laptops.

This kind of rampant consumerism is suggestive of how young Indians roll these days. With a booming economy, they believe only sky is the limit for their vaulting ambitions. The wily marketers are only too happy to stoke these young egos by offering them endless choices. In the biggest democracy on the planet there is seemingly no bigger joy than being able to afford the high city life.

Business-like they may be, but young Indians are also extremely proud of their country, their patriotism writ large in the ubiquitous displays of the tricolor, at business houses and private homes alike, in the lead up to August 15, the national Independence Day. But there is also some disquiet among this youthful crowd.

This August, wherever this writer went to in New Delhi, the pulsating Indian capital, the TV was always switched on to live feed of Rio Olympics.

But the Indian athletes in action were faltering miserably, in one after another sport. At the same time, the athletes from China were easily winning medals, mostly gold. The unease among the young Delhi crowds was palpable. Such clear Chinese superiority in international sports, for many Indians, reflects how China is winning probably the most important geopolitical battle in the world right now.

Unsurprisingly, this unease is shared by New Delhi’s strategic community. Prem Shankar Jha captures their sentiments perfectly in an article for The Wire: “With envy and disbelief, we have watched it [China] begin from scratch in 2004 and build a 19,000 km bullet train network that carries 2,000 pairs of trains every day, in barely 11 years. We have seen it turn Fiery Cross reef in the South China Sea into an airstrip in barely six months using extremely powerful dredgers designed and built by its own engineers”. What hurts the most, though, is that “we don’t have the faintest idea how they have done it”.

No wonder the Indian political establishment is so jittery about what it sees as growing Chinese inroads into its traditional backyard.

Stuck in ‘62
During my interactions in New Delhi with folks who have closely followed Indian foreign policy, I came across the common refrain that Indian policymakers are well aware that they cannot prevent other countries in the region from engaging with China, and this applies to Nepal as well.

What the Indians would rather like to see is for smaller countries like Nepal and Bangladesh to ‘consult’ them before they sign important agreements with China. Such consultations, in the reckoning of Indian establishment figures, will help India identify possible threats to its interests.

One such perceived threat is possible encirclement by China.

It would not be wrong to say that the Indians have been paranoid about such Chinese encirclement since they lost the 1962 war. This is why any Chinese activity in India’s near abroad is frowned upon. The Chinese, the victors in 1962, and today clearly a superior economic and military power compared to India, have no such chip on their shoulder. Their South Asian policy is based on pragmatism, on the realization that the only way China can raise its stock in the region is by economically empowering the weaker states. True. But that is not the whole picture either.

For the Chinese fear not the Indians but the Americans. Since the Obama administration announced its ‘pivot’ to Asia in 2012, the Americans have increasingly relied on India to provide a strong counterweight to China in South Asia. This growing strategic engagement between India and the US greatly troubles China.

China feels that the US, with the help of its Asian proxies like India, Japan and the Philippines, is trying to curtail its superpower aspirations.

Nepal, in its thinking, is part of the same larger game. This is why China has of late felt the need to actively intervene in Nepal so as to keep the Himalayan country from completely spinning into the new India-US orbit. But the problem for China is that after 2006 Nepal has been in a state of constant political flux.

Earlier, the Chinese had relied on the institution of monarchy to safeguard their interests in Nepal. But with the monarchy gone China was left groping in the dark—until it decided that its communist cousins in Nepal, which always have sizable presence in Nepali polity, fit the bill perfectly.

This is why it so wanted to give continuity to KP Sharma Oli’s communist coalition, which it was banking on to implement its recent agreements with Nepal.

Some think that the new government under Pushpa Kamal Dahal, formed with India’s express support, will now look to undo all the recent agreements with China. This is unlikely. Dahal is among China’s most trusted friends in Nepal. Moreover, the new prime minister has, on assuming office, vowed to promptly implement all recent agreements with Beijing.

But it is true that Dahal has been chastened by his earlier ‘mistake’ of meddling in Nepal Army and unnecessarily provoking India. So he is trying to chart a middle-path, whereby Nepal increases its engagements with both India and China simultaneously, which is a wise policy. Such astute diplomacy will help improve relations with both of our neighbors.

China (no) factor
Thankfully, in India too there are clear-eyed thinkers like Prem Shankar Jha and M.K. Bhadrakumar who also attribute India’s diplomatic failure in the region partly to its old paranoia over China—a paranoia also evident among the functionaries of Modi government.

Writes Bhadrakumar in Asia Times: “The Modi government… finds it intolerable that Nepal rejects Indian tutelage.” Besides, he continues, “there is the ‘China factor’. In Modi era, the testy, competitive Indian policy toward China is steadily transforming to one of rivalry bordering on enmity.”

Such voices of sanity are sorely needed in India. For the young, confident and business-minded India of my experience is at odds with the highly insecure India that ruthlessly blockaded a small neighbor. It’s about time New Delhi shed its old insecurities about China and fearlessly shared the fruits of its economic development with its friends in the region if it really wants to be acknowledged as the undisputed regional power.

Good Reads: The Girl With Seven Names, The Award, Wings of Fire: Darkness of Dragon

The Girl With Seven Names, The Award, Wings of Fire: Darkness of Dragon ... Read More...

SARLAHI, Jan 4: Frustrated by poverty, a mother of six poisoned three of her daughters and then committed suicide in Pipariya-3... Read More...

Dahal government hasn’t been able to handle the sensitivities of our northern neighbor with the seriousness the issue deserves ... Read More...