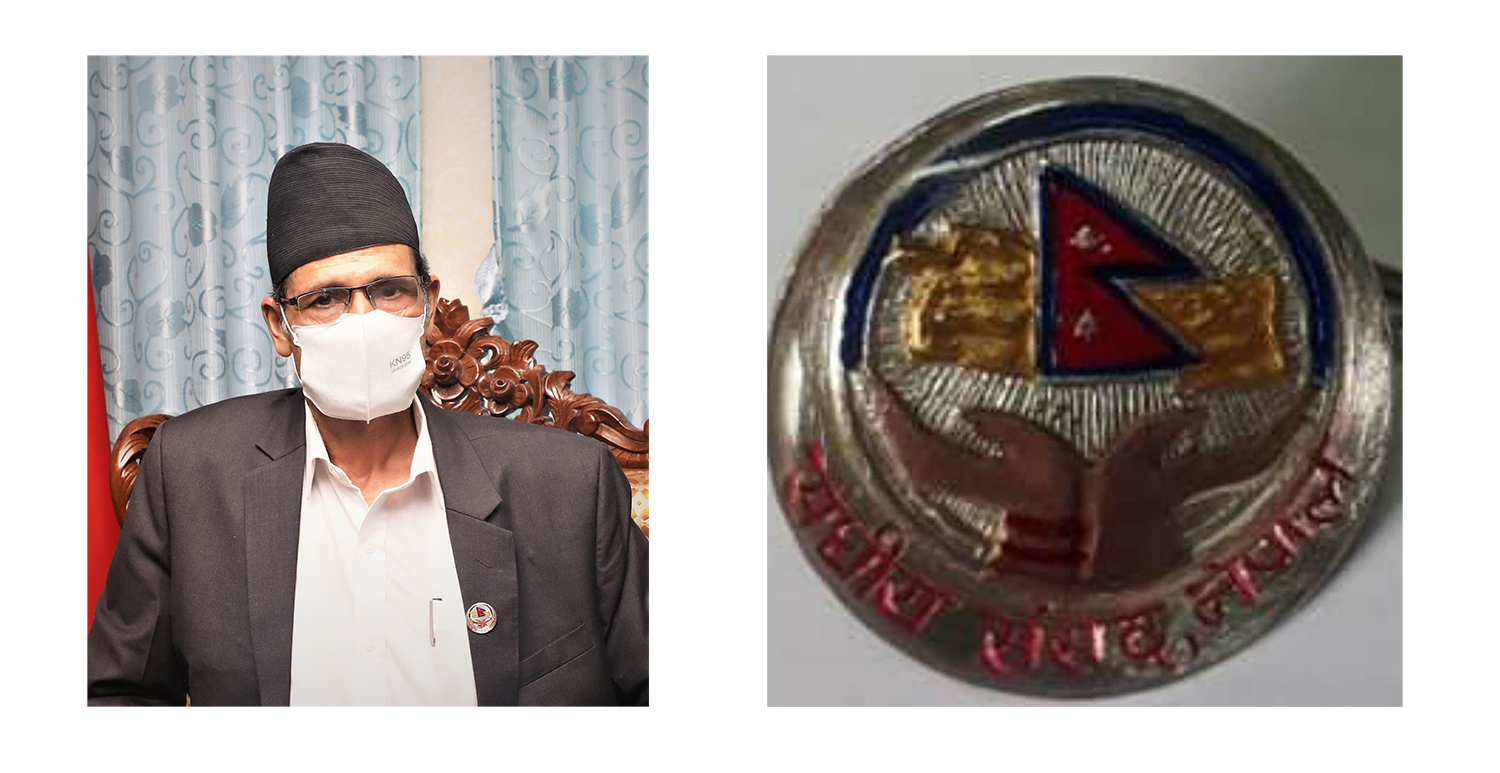 KATHMANDU, Aug 16: Federal Parliament Secretariat has started  distributing a new logo of the federal legislature to the lawmakers. The new logo distributed to lawmakers from Sunday includes Nepal’s revised political map that includes Kalapani, Lipulekh and Limpiyadhura that are currently controlled by India.

General Secretary at the federal parliament office Dr Bharatraj Gautam handed over the updated logo to the Speaker of the House of Representatives Agni Prasad Sapkota, National Assembly Chairperson Ganesh Prasad Timilsina and Vice Chairperson Shashikala Dahal at a function organized at the Speaker’s Office on Sunday.

Speaker Sapkota, the Upper House Chairman Timilsina and Vice Chairperson Dahal started putting on the new badge on Sunday itself.

The new logo with a diameter of 3.5 centimeter contains 0.2332 grams of plated gold and 11.66 grams of silver base.  General Secretary Gautam informed that the logo was manufactured by the Office of Cottage and Small-scale Industries under the Bagmati Province Government. The logo costs Rs 5,527 each.

A joint meeting of the Business Advisory Committee of both the Houses on May 24 had decided to update the logo being used by the lawmakers as per the recent amendment made in the Constitution of Nepal that endorsed the new map of Nepal including the ‘encroached’ territory of Nepal. The Parliament Secretariat started preparing the new logo following the decision.

Meanwhile, the logo used on the rostrum has also been updated.