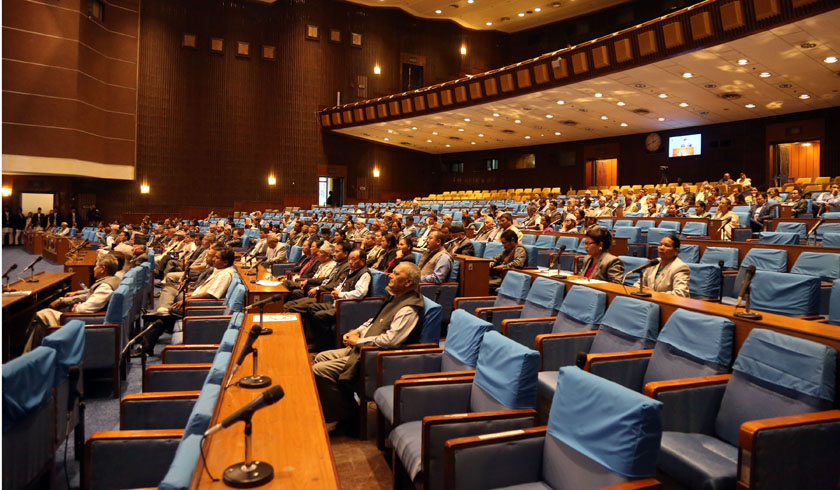 KATHMANDU, Sept 27: The meetings of both the Federal Parliament and National Assembly are taking place on Thursday.

The federal parliament meeting is taking place at 1 pm while the National Assembly meeting has been scheduled for 2 pm.

According to Parliament Secretariat, top-notch leaders will address the parliament meeting while deliberation will take place on various bills in both the meetings.

Parliament meeting yesterday unanimously endorsed the Passport Bill 2075. Similarly, speaking at the special time, lawmakers urged the government to complete the development projects including the drinking water on time.

Meanwhile, they drew the attention of the government to take stringent action against Pappu Construction Company for dillydallying the project on time.

Lawmakers demanded with the government to take strong action against those involved in the rape, violence against women and acid attack.

KATHMANDU, September 5: Paving the way for the upcoming elections to the federal parliament and provincial assemblies, parliament on Monday passed... Read More...

KATHMANDU, Sept 30: A meeting of the Legislature-Parliament has endorsed the three bills related to the annual budget with majority on... Read More...