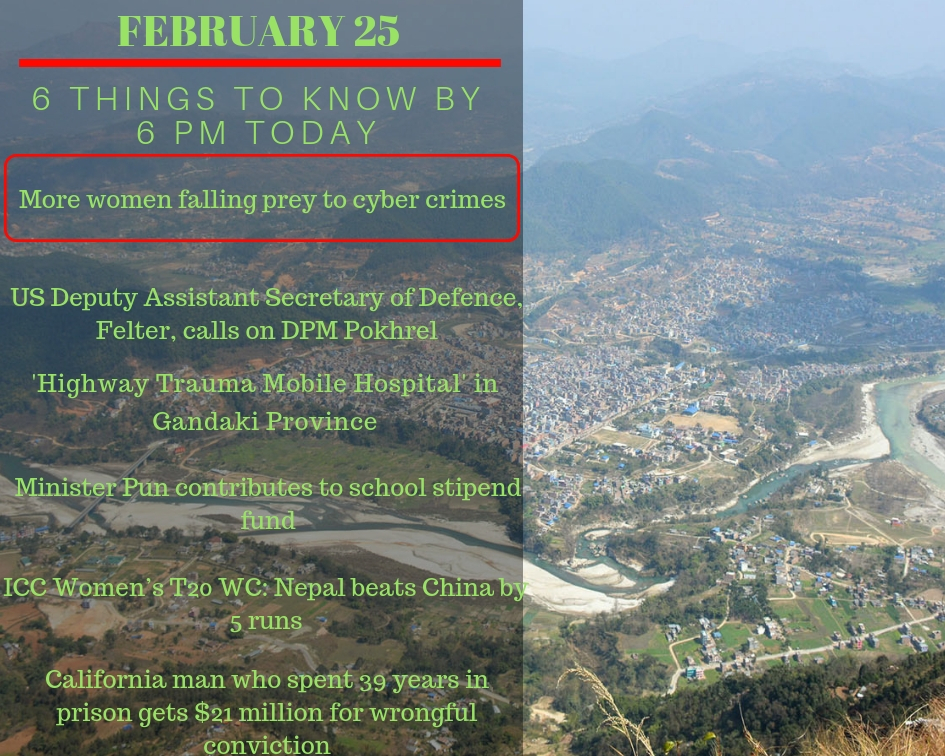 Women are increasingly becoming victims of cyber crimes, according to the Metropolitan Crime Division (MCD). In the current fiscal year, 1018 cases of cybercrime were reported from social media sites such as Facebook, Twitter, YouTube, IMO, Instagram, email, WhatsApp and Viber. Of the total cases, 716 were filed by women while 302 by men.

The Gandaki Province government has decided to develop three hospitals in its three districts as 'Highway Trauma Mobile Hospitals' -- which will immediately provide medical services to the injured ones in road accidents in Highways. 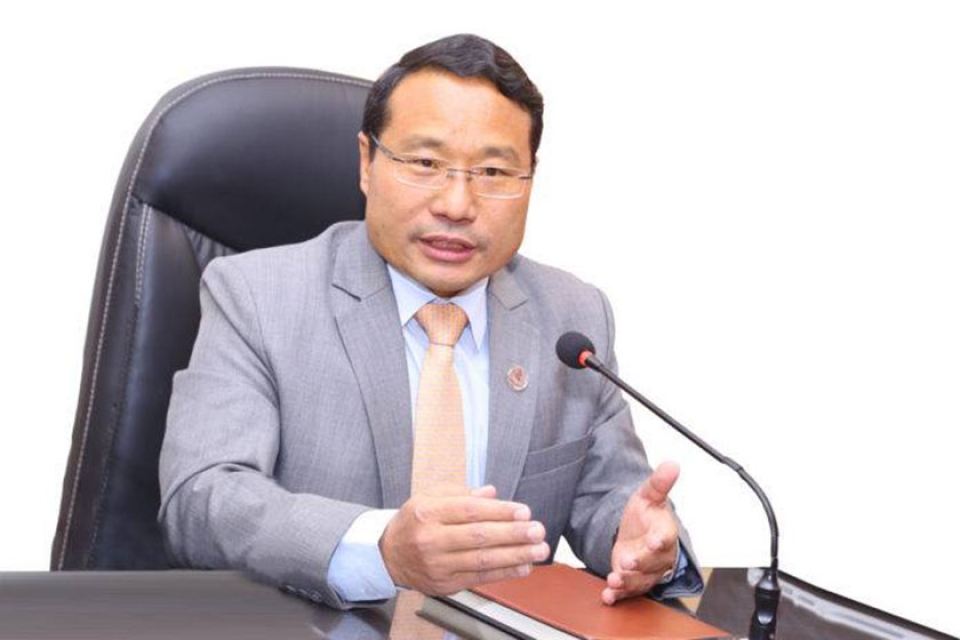 Minister for Energy, Water Resources and Irrigation, Barshaman Pun has contributed Rs 500,000 to a student stipend fund set up at the Balkalyan Namuna Secondary School at Libang, the district headquarters. 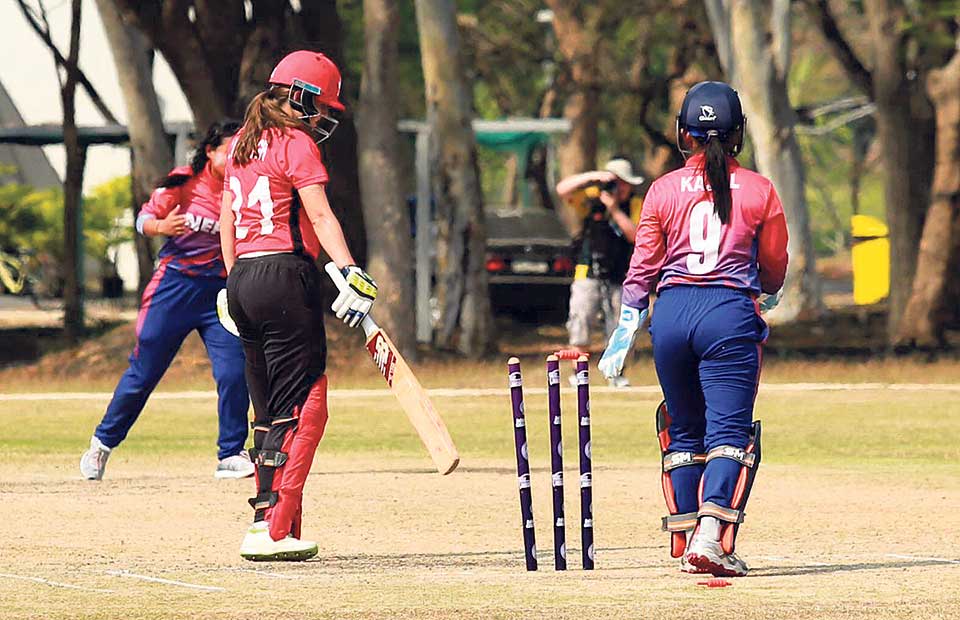 A California man who was wrongfully convicted for killing an ex-girlfriend and her son four decades ago has reached a $21 million settlement with the city of Simi Valley. Craig Coley, 71, was sentenced to life in prison without parole for the 1978 murder of his former partner, Rhonda Wicht, and her 4-year-old son, Donald, at their apartment.

Paranoia is defined by the Oxford dictionary as an unjustified suspicion and mistrust of other people. It needs to be... Read More...