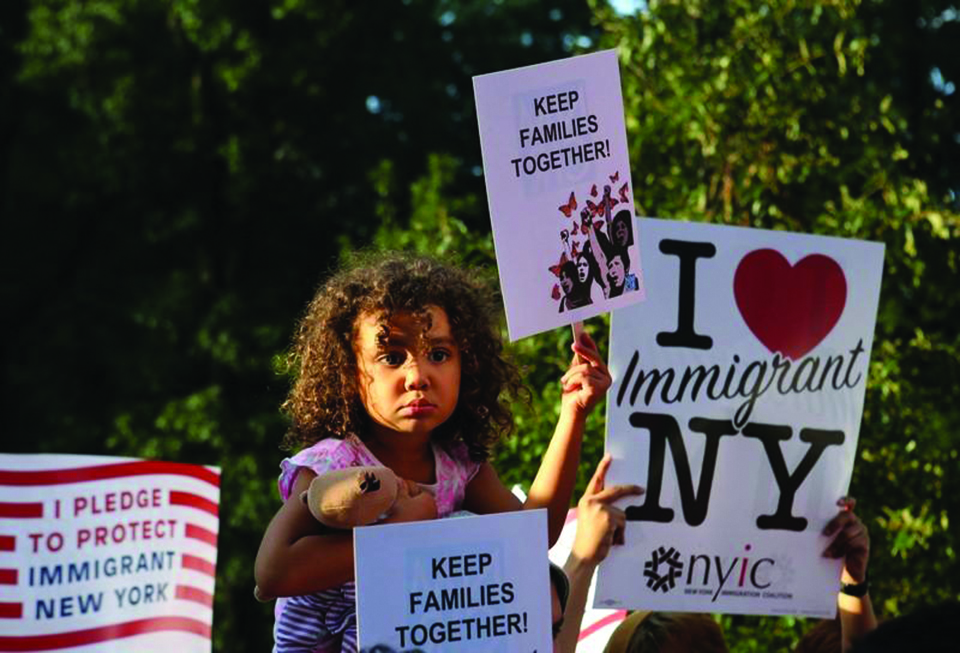 There is a high chance that DV will be eliminated hurting countries like Nepal that are heavy user of this visa category.

US President Donald Trump got a load of criticism from countries around the world and unfavorable coverage in public and social media about his remarks on Haitians and Africans at a White House meeting on January 11, 2018.

What were reported in the press were Trump’s angry comments on immigration as why should the United States accept people from poor countries as immigrants. He singled out Haiti which he described as a “shithole country” and African countries where he said people lived in huts. Once these people set foot in the US, Trump reportedly said: “They will never go back to their huts.” Rather, Trump favored immigration from rich countries like Norway. The White House later denied that Trump put his opposition to immigration from poor countries.

Trump’s comments have shaken up leaders in countries around the world whose citizens migrate—legally and illegally—to the US to escape poverty and violence and, when they settle in US, send remittances back home that support better living for a large segment of their population.

Many people who oppose Trump’s hard line stance on immigration tend to see only one side of the picture, critics say, arguing that immigrants who come to US contribute to the economy more than the support they receive and, over the long-run, become productive citizens of this country adding more value to common welfare than what they claim for themselves. Indeed, most studies done on pros and cons of immigration to US tend to support that immigration has been beneficial for the US economy, now and historically, and so there is no justification stopping the new people entering this country.

US conservatives, who also comprise Trump’s base of supporters and voters, see the immigration issue not as favorably. They are less worried about economic cost of immigration and more concerned about its long-run impact: its social and cultural implications which, at this time, aren’t visible but will become apparent.

The longer-term concern about immigration is the sheer size of inflow. The latest data available for 2016 count the number of new immigrants to the US at 1.2 million which is three times for a three-year period one or two decades ago. The main trend-setter for immigration inflows is what Trump calls the “chain migration” which refers to new immigrants sponsoring their close relatives who are not their dependents—parents, grandparents, brothers and sisters, aunts and uncles. A single family can attract a dozen families over a decade and this chain expands as the sponsored immigrants obtain their own legal status.

Other loopholes that President Trump mentions are the two special types of immigration—Diversity Visa (DV) Lottery and H1B business visa issued to high-skilled professionals who can get sponsored for work in the US. DV visa limit currently is set at 52,000 per year and about 100,000 allowed under H1B visa. During 2016, a total of 6,583 immigrant visas were issued to Nepali citizens, 3,210 of them through DV category.

All of such immigration flows get reflected in the changing composition of US population. Of the 325 million US population currently, about130 million (40 percent of total population) comprises nonwhite population, half of them new immigrants and their offsprings—those migrating to the US over the past two or three decades. The other factor that is changing the demographic map of US is higher birthrate among immigrant population. Babies born to nonwhite population exceeded 50 percent of all new births in the US in 2015 and this ratio is going to trend upward given generally a higher birthrate among new immigrant population, some of it because of religious taboo, like in the Muslim population that discourages birth control.

This is no racism but a demographic fact that with current trends in immigration numbers and differential birthrates, the proportion of people of color, including African-Americans, will steadily rise to exceed 50 percent of total population by 2040 and become two thirds over the next 50 years or by 2070, if not sooner. Such trends in the growth and make-up of US population have alarmed Canada, fearing immigration-led growth in US population pushing northward into Canada.

Reportedly, one documentary on Canada’s population concerns depicts a scene in 2073 of Canada putting up a wall along the US-Canada border to stop illegal migration from the US.

Again, this isn’t racism or President Trump’s fears are reflective of bias, prejudice, bigotry and hatred towards disadvantaged countries whose citizens have to live in shitholes or, more appropriately, in ratholes, the latter defined as “any small and uncomfortable living space that is dirty and disordered” which fits the living conditions and poverty incidence in dozens of countries in Asia, Africa, South and Central America, numbering billions of people. Nepal could be categorized as a rathole country, as per Trump’s specification.

The fear among Americans, mainly white Americans, is that any relaxation of immigration policy will flood this country with people fleeing poverty, oppression, violence, and a hopeless future. The outlook then is that America will soon become the host of at least a billion people fitting the message engraved onto the Statue of Liberty: Bring to me your poor, sick, and huddled masses. This will change the face of American society, it looking like a Third World country within a few generations. This will mean gloom for Americana and American dream.

One can’t be sure but Trump’s so-called cruel and uncivil remarks are drawn from the longer term outlook by not giving a pass to countries and their citizens to abandon their traditional habitat and seek shelter in the US and, in doing so, turn America into a Third World country.

Critics say open-ended immigration ideals pushed by Democratic Party has little to do with American welfare. Rather, Democrats’ soft-heartedness in matters of immigration relates to enriching their own vote-banks for the reason that most immigrants get to vote Democratic. There is no other reason for Democratic Party to have a pro-immigration agenda other than to use immigration to win election and stay in power.

Conservative view is that the pursuit of a sensible immigration policy to drastically reduce immigration numbers and become selective in who are allowed to enter this country should be made a national policy priority above all other concerns. They rationalize this view by saying that US wellbeing critically depends on keeping a lid on immigration numbers by imposing severe restrictions on how many people are allowed into this country as immigrants.

Under a much stricter immigration regulation, there is a high chance that DV Visa Lottery will be eliminated hurting countries like Nepal that are heavy user of this visa category. With an eye on the country’s severe poverty, nonimmigrant visas may also be cut sharply under which 23,607 Nepalis were granted entry permits during 2016.

President Trump’s idea of a wall along Mexico-US border is a small piece of measure that US administration has been trying for the last 30 years under the rubric of comprehensive immigration reform. Opponents of immigration ridicule such reform idea as focused on amnesty and citizenship for illegal immigrants and keeping largely an open border for new immigrants.

Critics want none of these and, instead, recommend that comprehensive immigration reform is replaced with a national immigration policy that is focused on keeping a tight control on new immigration and gradually reducing its number close to zero.

The author, a former Senior Economist at International Monetary Fund, is a Professor of Economics at NOVA College, Virginia

Locals of northern Dhading live in constant fear of landslides

DHADING, June 29: Locals of northern parts of Dhading which was badly affected by the 2015 earthquakes have expressed their fear... Read More...

Prime Minister Sher Bahadur Deuba has urged voters to cast their votes without any fear as effective and reliable security... Read More...

RAJBIRAJ, July 27: Life has turned miserable in around two dozens settlements across the district as growing number of people are... Read More...