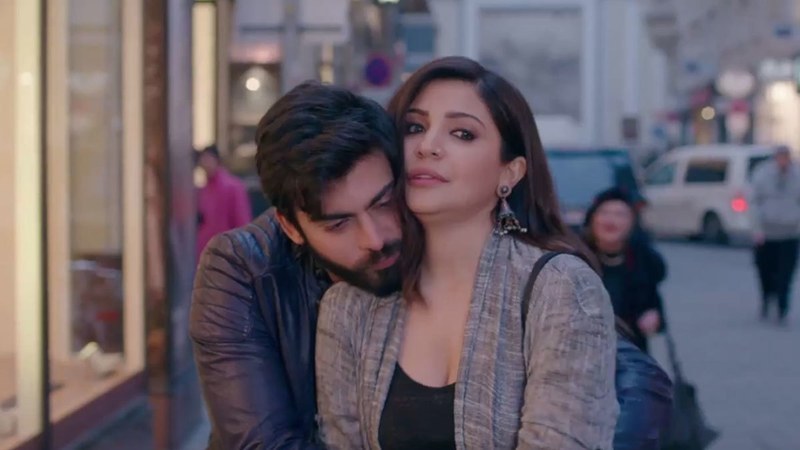 A reel of deleted scenes from Ae Dil Hai Mushkil just got released!

In the scene, Fawad and Anushka are enjoying an evening stroll, while she tells him of her plan to visit Ranbir and his girlfriend Aishwarya.

The reel also shows other deleted scenes between Ranbir Kapoor and Anushka and Ranbir and Aishwarya.

While scenes are sacrificed on the editing table in the interest of a crisp storyline all the time, the deletion of the Fawad-Anushka sequence suggests that perhaps the Pakistani actor did indeed suffer from the Pak-India political tensions.

When relations between Pakistan and India soured after the Uri attacks, the Maharashtra Navnirman Sena (MNS) political party launched a campaign against Pakistani artists, leading to an informal ban on them working in India. Karan Johar also paid INR5 crores as penance and issued a video statement promising to not cast Pakistanis in his films in the future.

However, in subsequent interviews, Karan Johar has denied cutting Fawad’s role in the film.

He said in an interview, “When people say that I find it so silly. His exact screen time is nine minutes, but even if he was there for 15, the protests would not have been any less. [Laughs] I didn’t cut his role. This is all he was meant to do in the film.”

There could have been more Fawad Khan in the film after all!

MUMBAI, Oct 23: Actress Aishwarya Rai Bachchan on Saturday said there is no skin show or liplocks in her upcoming film... Read More...