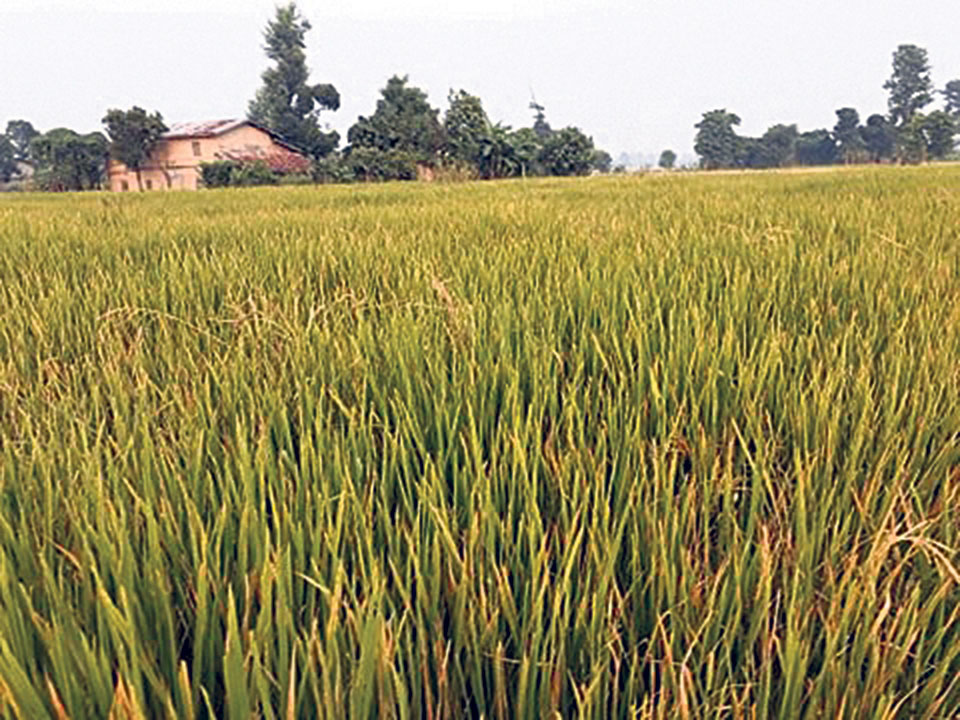 DHANGADHI, Nov 3: Farmers in Kailali and Kanchanpur districts have been at the receiving end as they have been provided with faulty seeds of Garima variety of paddy.

The hybrid seed is considered a superior variety for paddy farming. The plant bears flowers within 90 to 95 days of plantation and becomes ready to harvest within 120 to 125 days. It yields 58 to 63 quintal of rice per hectare of land. Garima seed has also been recommended by the government for paddy farming.

“Renova Seed Science India, an Indian company, had provided original seeds to the government. But it supplied faulty seeds to the farmers,” Yagyaraj Joshi, chief of Crop Development Directorate at Dipayal, Doti, said. “Farmers have been cheated because of the fraudulent Indian company.”

Farmers are worried as their paddy plants have not bore any fruit yet. They had planted the seeds in 653 hectares of land.

However, this is not the first time that the farmers in the far western part of the country have been cheated with faulty seed varieties. Back in 2011, paddy of Radha and Sabitri varieties planted in

“We have not been able to produce according to the expectation due to lack of improved seeds, fertilizer and technology,” a Masuriya-based farmer, Rana Bahadur Bam, said. “We are saddened because of the fraud we suffered in the paddy seed recommended by the government.”

A total of 1,536 farmers are in trouble as their paddy has not yielded rice. Joshi said: “Farmers from Kailali and Kanchanpur will have to buy rice because of the failed plantation this year.”

He said about 2,600 tons of rice estimated to be produced in Kailali and Kanchanpur districts will be affected because of the faulty seed.

Forty years ago, rice from far western Nepal used to be exported to Bangladesh and India. But due to policy failure and government indifference, export of rice has become a history. According to Professor Dr Hemraj Pant of Kailali Multiple Campus, “The government has not prioritized the agriculture sector. Farmers are going abroad, leaving behind the fertile land barren. This has decreased agricultural productivity.”

“The production has failed to increase as the farmers still use traditional seeds and the availability of improved seeds is not easy,” he added.