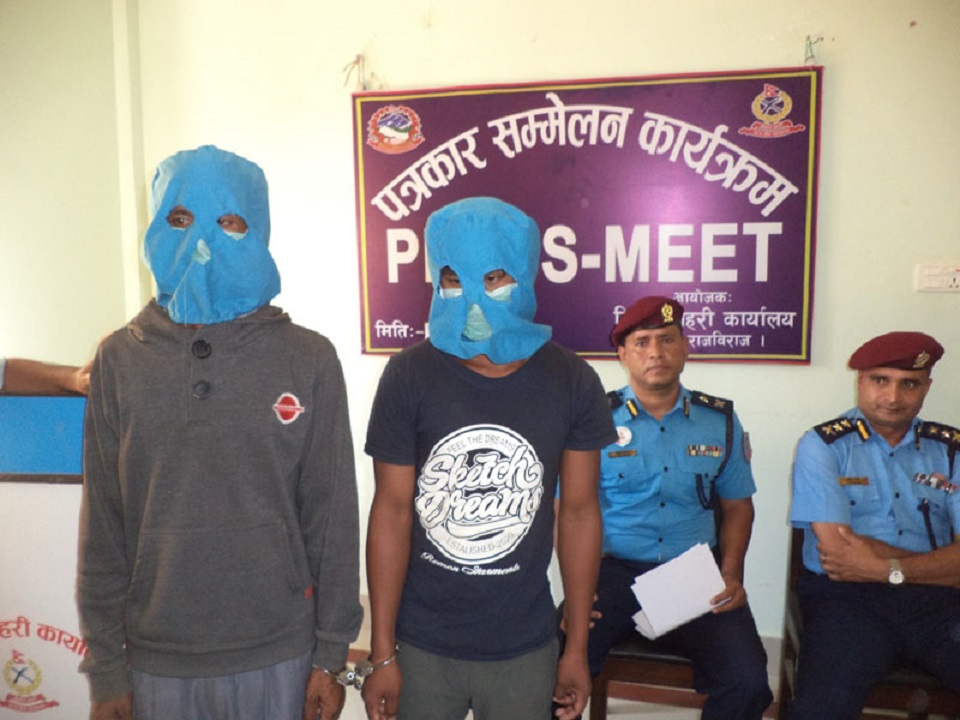 RAJBIRAJ, Oct 30: Police have arrested a father and a son on the charge of their involvement in the death of Ajay Mukhiya of Piparatole of Kanchanrup municipality-5.

They were made public today through a press meet at the District Police Office, Rajbiraj, Saptari.

The arrested are local Shreelal Sardar and his son Bijay Sardar, 19.

Earlier, Ajay, 19, had been reported missing and the Mukhiya family had sought the police help to find him. Police a week ago retrieved his body under from a five feet deep pit on the bank of Triyuga River at Kanchanrup municipality-5, according to Saptari's Superintendent of Police Krishna Prasai.

Police have suspected the hand of others in the crime and are searching for them.

It is learnt that a group comprising seven people including Ajay had gone for a wild boar hunt and Ajay was believed to have been electrocuted from an electric ambush set for the killing of wild animal. The remaining members in the group allegedly buried him on the river bank to hide the incident.

TILATHI, July 23: As many as 800 houses have been inundated in Saptari by a flood in Khado River caused... Read More...