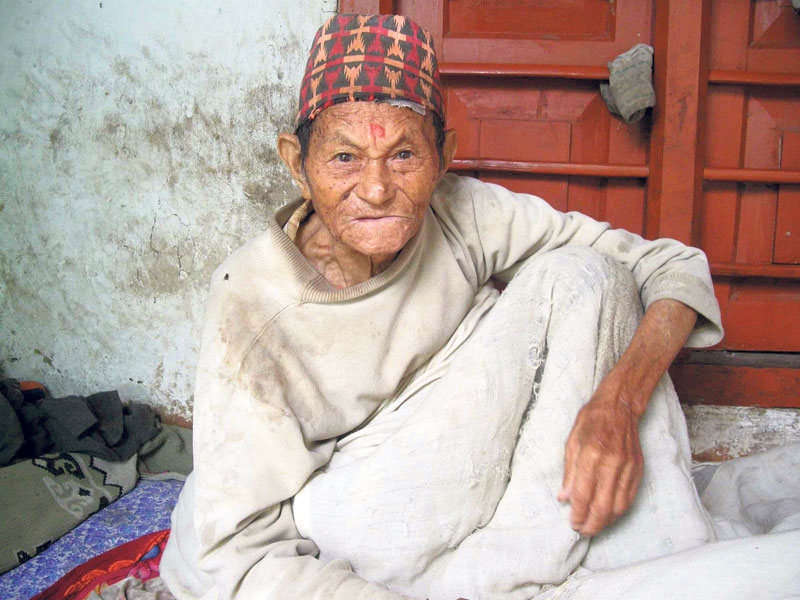 KHOTANG, Oct 24: Pioneer of modern farming in Khotang district, Parkhan Bahadur Rai, died on Saturday. He was 91. Popularly known as 'father of cardamom farming,' Rai is also remembered for professional farming of pea, tea, flowers and fish among others in the hills of Khotang. While mourning his death, locals stated that they lost the guardian of agriculture of the region.

“He was the one who introduced cardamom farming in the district. Also the credit of professional farming of fish, flowers, tea and several types of fruits here goes to him,” said a local, Raju Giri. “He was very passionate about agriculture and always believed in taking leadership.”

According to locals, Rai was the man 'who never took rest.' He would be seen visiting farms with torch light till late night. “It is due to his passion and initiatives that a growing number of farmers in Khotang were lured to professional farming in Khotang,” Giri said.

Rai's cardamom farm in his village keeps attracting students in educational tours. In 2008, a group of students of agriculture from Chitwan had been there to prepare their thesis. According to Giri, they were quite fascinated to visit flower garden and orchard, artificial ponds, pea, tea and cardamom farms.

“He would try new techniques and inspire others to do the same. He would always insist that hard work would pay off,” Giri said. “It is due to his dedication that Dadakharka has turned into a huge garden of several types of farm now,” he added.

Recognizing his efforts, the government had arranged national visit for him 30 years ago. Rai was taken to Chitwan, Pokhara, Janakpur, Hetauda and Birgunj, among other places in the country, to disseminate his knowledge and expertise. He was also offered international visit. But due to the demise of his wife Panchahira, he had cancelled his visit to Japan, Thailand and India.

In 2006, Rai was felicitated with the 'pioneer farmer' award by Kathmandu-based Khotang Sewa Samaj. A year before, the Ministry of Agriculture had awarded him the title of 'Father of Cardamom Farming'. Rai was ill for the last few months.

Cardamom farming on the rise in northern Dhading

DHADING, May 29: Narshingh Tamang of Khaniyabas Rural Municipality-2 has grown cardamom saplings all over his fields. In fact, this has... Read More...

Biden White House asks 'Trump who?' ahead of speech to conservatives
18 hours ago