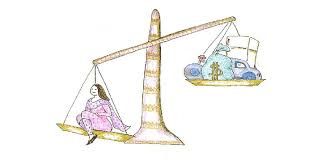 PARSA, April 25: Police here have arrested the father of a man charged of meting out torture to a girl to whom his marriage was fixed and her family also.

Jayanarayan Saha alias Bachchu of Bahaduramai Municipality-8, Parsa, has been arrested by the police as the family faced a charge of demanding additional dowry from the family of Rabita Kumari Saha Teli, forcing her to commit suicide.

Both families fixed the marriage between Rabita and Shiba Dayal, son of Jayanarayan, for coming April 27. But the happiness of to- be-bride's family could not last longer as she committed suicide on April 19.

Dayalal Saha Teli of Prasaunibirta of Birgunj Metropolis-13 said his daughter was forced to kill self as she could not resist pressure from her would-be-bridegroom's family for extra wedding gifts.

Parsa's Superintendent of Police Ganesh Regmi said the accused faced the charge under the Social Practices (Reform) Act-2033 BS (1976) and investigations into the case are underway by taking him in custody. Police presented him before media Tuesday.

The family of Rabita had agreed to give cash of Rs 300,000, a motorcycle, gold chain, ring, clothes and other home appliances in dowry to Shiba Dayal and his family, but after few days, the boy's family had allegedly demanded extra Rs 80,000 from the Rabita's family, triggering tensions both sides. Police preliminary investigations into the case support the charge facing the boy's family, SP Regmi added.

Shiba Dayal in his telephonic conversations with Rabita threatened to escape the marriage if her family failed to meet their new demand, prompting her to take such step. He is on the run since the incident and police have arrested his father and are searching for him.

Police have appealed to one and all to inform the police if they notice any people involved in taking and receiving the dowry which is defined as a crime by the Act. RSS