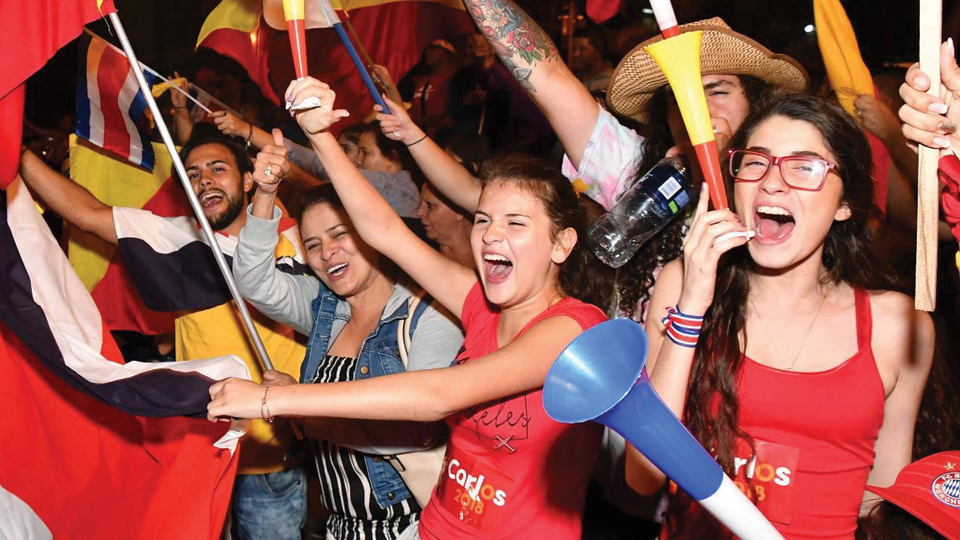 Some aspects of current international order will persist but it may not include liberal element of human rights.

CAMBRIDGE- Many experts have proclaimed the death of the post-1945 liberal international order, including the human-rights regime set forth in the 1948 Universal Declaration of Human Rights. The cover of Foreign Policy recently displayed the white dove of human rights pierced by the bloody arrows of authoritarian reaction.

According to “realist” international-relations theorists, one cannot sustain a liberal world order when two of the three great powers—Russia and China—are anti-liberal. Writing in Foreign Affairs, Yascha Mounk and Roberto Stefan Foa argue that the era when Western liberal democracies were the world’s top cultural and economic powers may be drawing to a close. Within the next five years, “the share of global income held by countries considered ‘not free’—such as China, Russia, and Saudi Arabia—will surpass the share held by Western liberal democracies.”

There are several problems with this argument. For starters, it relies on a measure called purchasing power parity, which is good for some purposes, but not for comparing international influence. At current exchange rates, China’s annual GDP is $12 trillion, and Russia’s is $2.5 trillion, compared to the United States’ $20 trillion economy. But the more serious flaw is lumping countries as disparate as China and Russia together as an authoritarian axis. There is nothing today like the infamous Axis of Nazi Germany and its allies in the 1930s.

We should be concerned about multiple challenges to liberal democracy but that is no reason to
give up on human rights.

While Russia and China are both authoritarian and find it useful to caucus against the US in international bodies like the United Nations Security Council, they have very different interests. China is a rising power that is highly intertwined with the international economy, including the US. In contrast, Russia is a declining country with serious demographic and public health problems, with energy rather than finished goods accounting for two-thirds of its exports.

Declining countries are often more dangerous than rising ones. Vladimir Putin has been a clever tactician, seeking to “make Russia great again” through military intervention in neighboring countries and Syria, and by using cyber-based information warfare to disrupt – with only partial success – Western democracies.

A study of Russian broadcasting in Ukraine found that it was effective only with the minority that was already Russia-oriented, though it was able to produce polarizing and disruptive effects in the political system. And the revival of Cold War-style information warfare has done little to create soft power for Russia. The London-based Soft Power 30 index ranks Russia 26th. Russia has had some success cultivating allies in Eastern Europe, but it is not part of a powerful authoritarian axis such as existed in the 1930s.

China is different. It has announced its willingness to spend billions to increase its soft power. At meetings in Davos in 2017 and Hainan in 2018, Xi Jinping presented China as a defender of the existing international order, but one with Chinese rather than liberal characteristics. China does not want to overturn the current international order, but rather to reshape it to increase its gains.

It has the economic tools to do so. It rations access to its huge market for political purposes. Norway was punished after the dissident Liu Xiaobo was awarded the Nobel Peace Prize. Eastern Europeans were rewarded after they watered down European Union resolutions on human rights.

And Singaporean and Korean companies suffered after their governments took positions that displeased China. The Chinese government’s massive Belt and Road Initiative to build trade infrastructure throughout Eurasia provides ample opportunities to use business contracts to wield political influence. And China has increasingly restricted human rights at home. As Chinese power increases, the global human-rights regime’s problems will increase.

But no one should be tempted by exaggerated projections of Chinese power. If the US maintains its alliances with democratic Japan and Australia and continues to develop good relations with India, it will hold the high cards in Asia. In the global military balance, China lags far behind, and in terms of demography, technology, the monetary system, and energy dependence, the US is better placed than China in the coming decade. In the Soft Power 30 index, China ranks 25th, while the US is third.

Moreover, no one knows what the future will bring for China. Xi has torn up Deng Xiaoping’s institutional framework for leadership succession, but how long will Xi’s authority last? In the meantime, on issues such as climate change, pandemics, terrorism, and financial stability, both an authoritarian China and the US will benefit from cooperation.

The good news is that some aspects of the current international order will persist; the bad news is that it may not include the liberal element of human rights.

The human-rights regime may face a tougher environment, but that is not the same as a collapse. A future US administration can work more closely with the EU and other like-minded states to build a human-rights caucus. A G10, comprising the world’s major democracies, could coordinate on values alongside the existing G20 (which includes non-democracies such as China, Russia, and Saudi Arabia), with its focus on economic issues.

Others can help. As Kathryn Sikkink points out in her new book, Evidence for Hope, while US support has been important to human rights, the US was not always very liberal during the Cold War, and the origins of the regime in the 1940s owed much to Latin Americans and others. Moreover, transnational rights organizations have developed domestic support in numerous countries.

In short, we should be concerned about the multiple challenges to liberal democracy during the current setback to what Samuel P Huntington called the “third wave” of democratization. But that is no reason to give up on human rights.

Nye is a professor at Harvard and author of Is the American Century Over?

Three components of liberal world order—liberalism, universality, and the preservation of order itself—are being challenged as never before ... Read More...