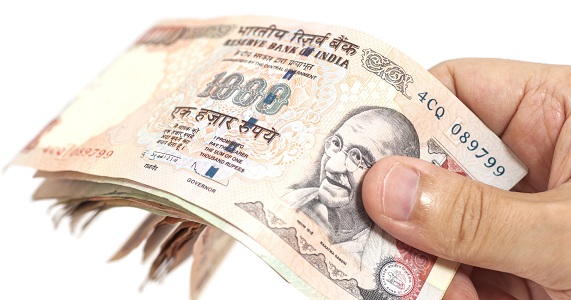 Though reports said Indian Prime Minister Narendra Modi during a phone conversation with Prime Minister Pushpa Kamal Dahal three weeks ago, had promised to find an amicable solution to the problem, the Indian government has not yet officially responded to Nepal.

KATHMANDU, Dec 6: Despite Nepal's repeated requests to India to provide exchange facilities for the demonetized Indian currency notes of 1,000 and 500 denominations that are being legally held in Nepal, there has been no official response from India.

The delay by India in giving its decision on the banknotes even after three weeks after withdrawing them from circulation has left the fate of the India currency held legally by Nepalis uncertain. India had banned the notes from November 8 and Nepal banned them the following day.

Though reports said Indian Prime Minister Narendra Modi during a phone conversation with Prime Minister Pushpa Kamal Dahal 22 days ago, had promised to find an amicable solution to the problem, the Indian government has not yet officially responded to Nepal.

Following the talks between the two prime ministers, Finance Minister Krishna Bahadur Mahara and Nepal Rastra Bank (NRB) Governor Chiranjibi Nepal have also held phone conversations with their Indian counterparts. However, these initiatives have yet to yield any tangible results.

"We have not heard from the RBI or the Indian government so far on returning the demonetized Indian banknotes," said Bhisma Raj Dhungana, an executive director at the NRB.

Nepal Rastra Bank (NRB) has even forwarded a proposal and modality to the Indian central bank, the Reserve Bank of India (RBI), on how it would collect such banknotes from the public to make sure that 'black money' and counterfeit currencies do not get exchanged. But India has not given any response to the proposed modality, either.

The Indian government had also formed a committee to look into the issue of demonetized Indian banknotes that Nepal and Bhutan hold.

Officials also worry that the delay by the Indian side in providing exchange facilities to Nepalis could fuel black market in Indian banknotes as the panicked public could turn to the black marketers, who accept such banknotes at heavily discounted exchange rates. According to the central bank, nearly 33.6 million Indian rupees in 1,000 and 500 rupees denominations are currently in the Nepali banking channel.  However, it is not known how much Indian notes of the two denominations are in the hands of Nepali traders, Nepali families of migrant workers and the general public.

Federation of Nepalese Chambers of Commerce and Industries (FNCCI) President Pashupati Murarka estimates that there might be around Rs 10 billion worth of Indian currency notes of the two discardeddenominations outside the banking channel in Nepal.

"The uncertainty over the fate of the demonetized Indian currency notes that the public legally holds means people might turn to the black market to exchange them," added Dhungana.