Farmers dissatisfied as govt sets floor price of sugarcane at Rs 544.33 per quintal 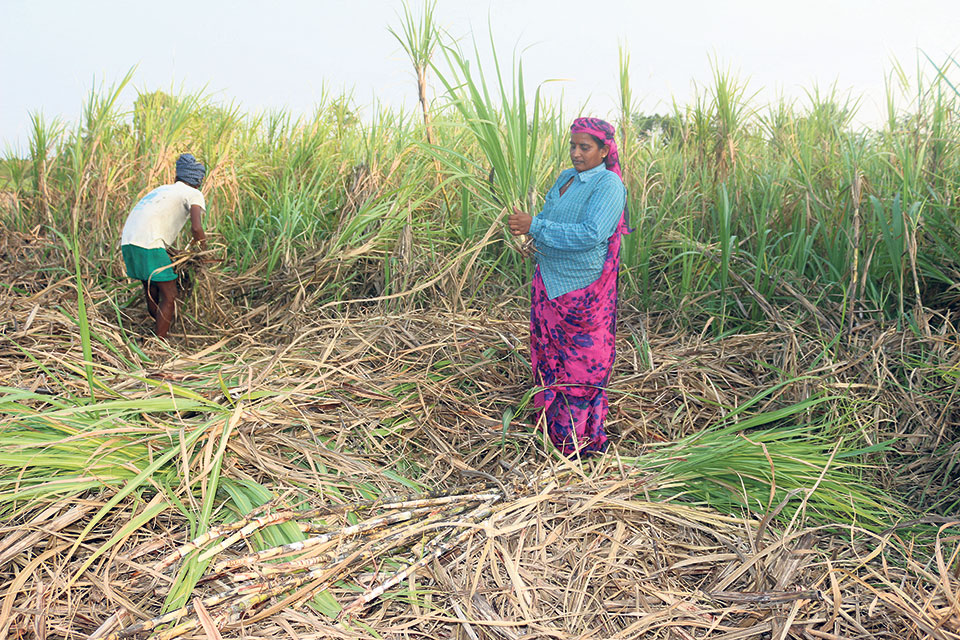 KATHMANDU, Dec 12:  The government has fixed the minimum support price of sugarcane at Rs 544.33 per quintal for the harvest of this season. The government’s new price however has failed to please sugarcane producing farmers, according to whom the new rate cannot cover the escalating cost of production.

A Cabinet meeting held on Thursday fixed the floor price of the raw material which sugar mills need to pay to the farmers for their produce. Floor price is the minimum price that farmers get for their crop and it is normally announced before the harvest upon recommendation of the Ministry of Agriculture and Livestock Development and the Ministry of Industry, Commerce and Supplies.

For the past few years, the government has been fixing the floor price of sugarcane every year in a bid to end confrontations between sugarcane farmers and sugar producers. According to the commerce ministry, the minimum support price includes Rs 386.16 per quintal in production costs, transport fares and profit totaling Rs 92.89 per quintal and the government subsidy of Rs 65.28 per quintal.

Last year, the government had left the floor price of sugarcane unchanged at Rs 536.56 per quintal. The new price is a raise of Rs 7.77 in a quintal in the raw material price than that of the last year.

But the sugarcane farmers, who have been demanding the price to be at Rs 617 per quintal, expressed their dissatisfaction with the newly-fixed rate of their produce. Kapil Muni Mainali, president of Nepal Sugarcane Producers’ Association, said the government-fixed price will largely benefit the sugar mills rather than the farmers.

“The new rate is justifiable if the market price of sugar were Rs 58 per kg,” said Mainali. Currently, sugar is available for Rs 85-90 per kg in the domestic market.

Farmers not happy with the sugarcane price fixed by the govt

KATHMANDU, Jan 7: Sugarcane producing farmers are unhappy with the new floor price of sugar determined by the government. They have... Read More...

KATHMANDU, July 7: Sugarcane farmers in the southern belt of the country have been awaiting payments for thousands of tons... Read More...

MAHOTTARI, June 11: The sugarcane farmers have called off their sit-in programme following the commitment of Minister for Industry, Commerce and... Read More...